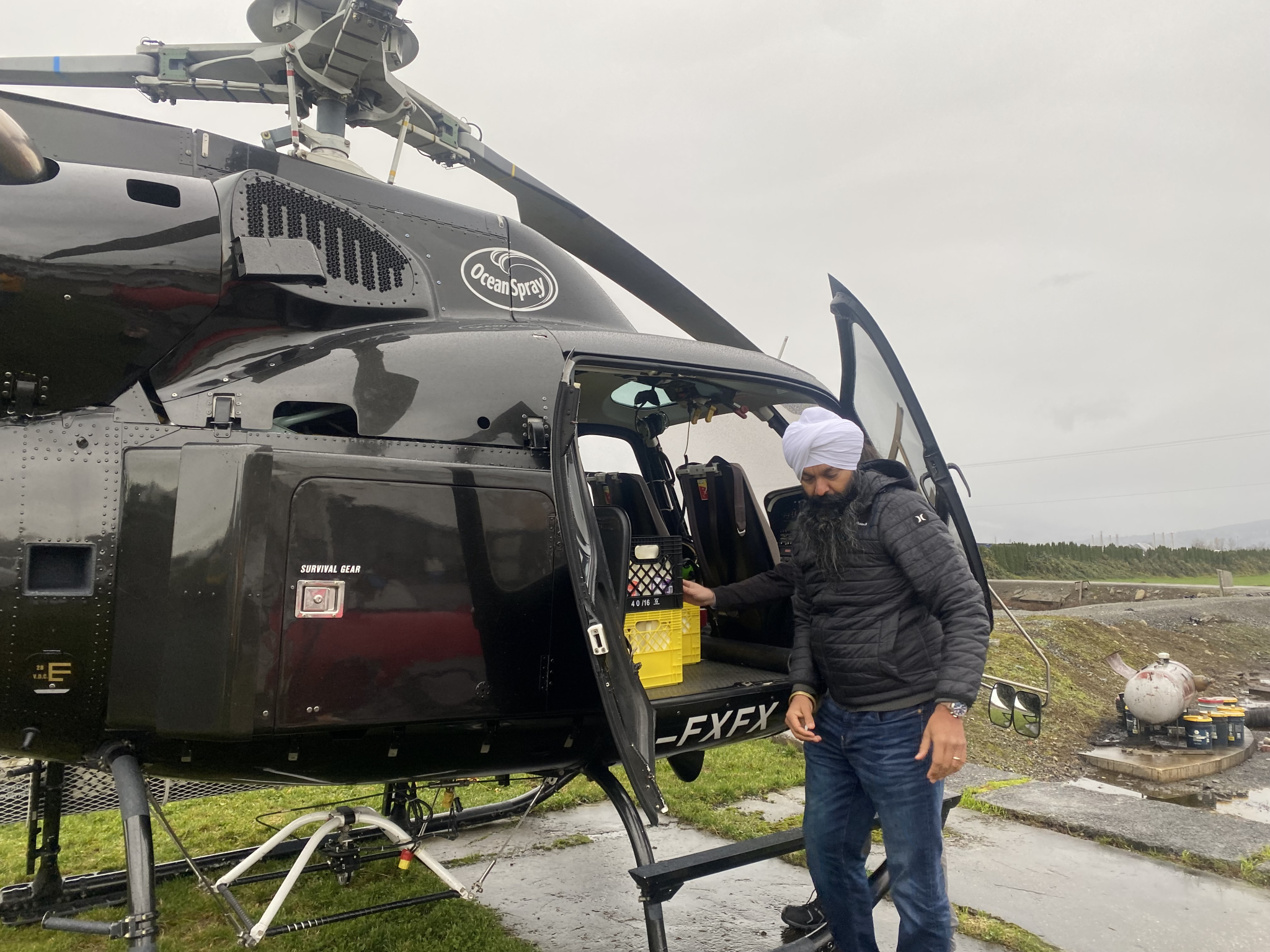 With physical infrastructure such as highways being washed away and buildings collapsing around us (think B.C. fires and floods and the East Coast floods) faith groups are ready to become first responders. Photo courtesy of Beatrice Ekoko
Previous story
Next story

Ready or not, climate change is here to stay. As a writer and communications manager for the national, multifaith environmental network Faith & the Common Good (FCG), this group has been looking at the obvious role of faith-based organizations (FBOs) in preparing our communities for extreme weather.

For years, FCG has been piloting the concept of FBOs as neighbourhood resilience hubs, safe havens both in preparedness, but also as responders in times of emergencies for years. Efforts in some cities and towns have been underway to formally recognize and establish partnerships between governments and FBOs because governments do not have the capacity to do it on their own.

With physical infrastructure such as highways being washed away and buildings collapsing around us (think B.C. fires and floods and the East Coast floods), these occasional stories take a look at what social infrastructure looks like on the ground for faith groups working to support those affected by climate impacts.

“We are always ready,” says Narinder Singh, president of Gurdwara Dukhnivaran Sahib in Surrey, B.C. Just as soon as he heard about the flooding, Singh put out a call to his community for volunteers. “We announced on the local Punjabi radio that we need to do something to help.”

The challenge was how to get food and supplies to people cut off from the mainland. The city of Hope was disconnected from the east and west. “Nobody could reach the stranded people. So we hired helicopters from our funds. Our community donated.”

That night, volunteers prepared over 3,000 meals. In the days that followed, and once a temporary road was established, the community loaded a 53-foot-long truck to carry supplies. The community set up a store with “everything: food, blankets, baby food,” and a mobile kitchen food truck. “Every day, we serve hot meals. We bring the volunteers from our temple. We organize ourselves.”

During the start of COVID-19, the community went door-to-door in Abbotsford delivering groceries to seniors who had no means of transportation (transit being closed) to the sum of 84,000 bags. During the Lytton fires this past summer, “We were the first truck to reach that community, bringing water and juice. That was us.”

Singh says the pillars of Sikhism faith are the motivation and reason for why they are always prepared: “The first is to ‘always remember God’. The second is ‘do the hard work,’ and the third is to ‘share with others in need.’”

The beauty of being a non-governmental group is that you can be nimble in your response.

“Government decides if there is an emergency or not,” Singh says. “They were thinking, we were taking action.”

With physical infrastructure such as highways being washed away and buildings collapsing around us faith groups are ready to become first responders, writes @BeatriceEkoko #COVID19 #climatechange

Gary Abbott, a chief architect with the Nlaka'pamux Nation Tribal Council in Lytton, B.C., member of the Siska Band, and commander for the Lytton fire department says they got the call and took action three days before the province did anything to respond.

“There were no provincial systems in place. I talked with my chiefs. The chiefs said, ‘Go.’”

Abbott is used to emergency situations, having trained as a U.S. navy commander. He called both the Emergency Management BC (EMBC) office in Kamloops and the Red Cross for help, but was told to wait for directions from the province. So in the first days of the fires, they were on their own.

Abbott started making calls to all his contacts across his extensive networks and formed teams to help. Residents needed places to go, so volunteers took names and booked hotel rooms. He helped set up donation centres across the province. Volunteers also set a Facebook page for their nation as a way for people to stay connected.

Communities were still recovering from the fires when the floods hit.

“There were lots of warnings. It was expected. When the fire goes through, it wipes out the ground cover. There’s nothing left,” Abbott says. “This was the third atmospheric river this year, the difference was the amount of rain predicted was far above the amounts we’d had. But the province didn’t take the warning seriously.”

Abbott describes his philosophy like this: “be proactive, not reactive given that this is only the beginning of the new normal.” He points out that people need to understand climate change; how it is going to affect them.

For Abbott, what’s needed is proper management. “The way financial markets are set up, it’s the wrong mindset,” he says. “We don’t need record profits every year. We don’t need to be cutting down trees. We should be mining landfills, reducing waste. There has to be a point where you say, ‘We’ve done enough.’”

Sukvinder Kaur Vinning, a FCG board member and member of the Sikh community, was involved in both British Columbia emergencies, helping to connect people and mobilize networks to assist in the evacuation of stranded people.

Reflecting on why, as a broader community, we don’t seem to be prepared, why people were turned away at first when they wanted to help, she wonders if it is because we are using a “cog mentality, colonial methods, bureaucratic ways of doing things that lead people to operate from their assigned boxes.”

“Rather than an ‘or’ approach, an “and” collaborative approach will get us further …” she says.

As these recent climate emergencies show, it takes all hands on deck to get through crises. An important shift in the way we prepare is to embrace diversity and diverse ways to achieve good outcomes.

It takes a community to weather a storm

The Government responses seem to have slowed down since Disaster Capitalism has gained influence.