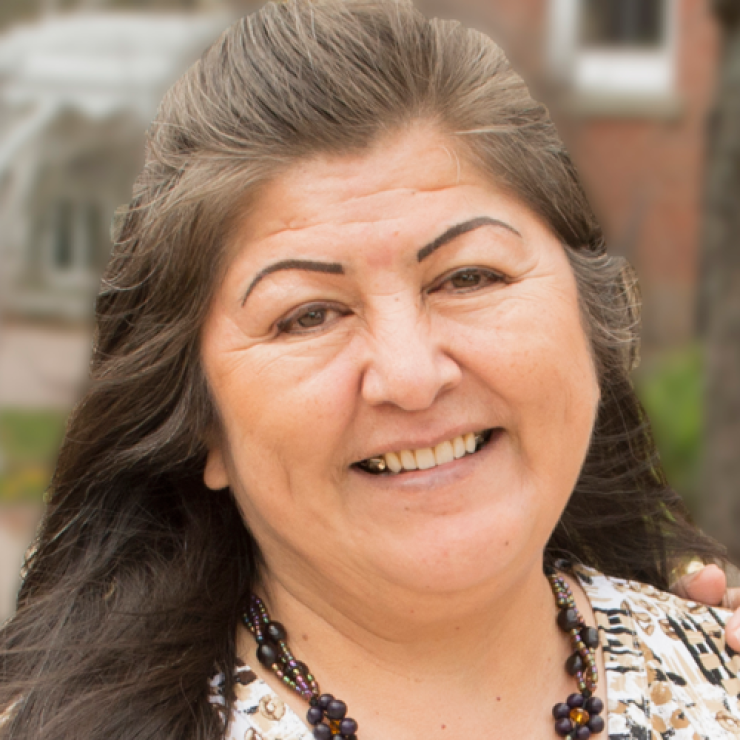 Fay Blaney is a Xwemalhkwu woman of the Coast Salish Nation. She is deeply committed to issues affecting Indigenous women. As an educator and activist, she has devoted her heart and knowledge to educating and mobilizing Canadians to better understand the impacts of colonization, capitalism and patriarchy on First Nations women.

As a founding member of the Aboriginal Women's Action Network, her passion extended into the national and international arenas. AWAN's participatory action research projects addressed issues of citizenship for First Nations women in communities of origin, and within Canadian society. Additionally, AWAN researched and took action on violence against Native women.

Fay currently works at the Downtown Eastside Women's Centre as the project coordinator for "Warriors Organizing Women". The majority of that group’s attention is devoted to the issue of 'murdered and missing Indigenous women'. Fay's involvement with the Women's Memorial March Committee extends over 20 years, and in the past year, she served as co-chair of that committee. Through W.O.W. and the WMMC, and in her other involvements, Fay continues to press for a National Inquiry into the 'murdered and missing Indigenous women'.

The Aboriginal Women's Action Network is reeling from the utter lack of justice for Tina Fontaine.
Letters to the Editor
Opinion | February 26th 2018