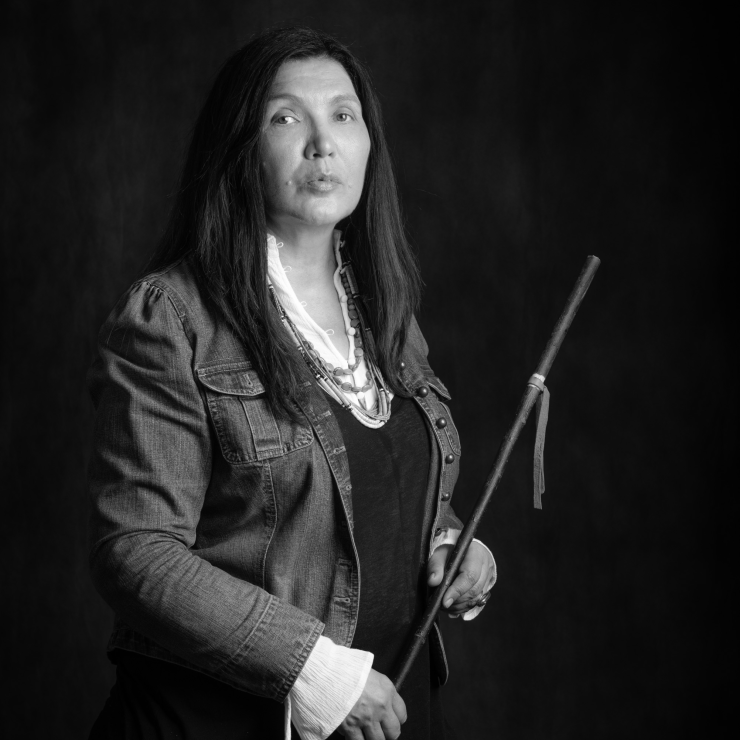 Loretta Sarah Todd is a visionary leader in Indigenous media, an artist with entrepreneurial energy and cultural knowledge. Todd creates space for Indigenous production and storytelling, including the IM4 Media Lab, an Indigenous XR Lab, where she is the creative director. Todd is a director of more than 100 projects including award-winning documentaries, and she has created apps, digital media, games and animation.

She creates, produces and show-runs award-winning series, especially for children and youth, including Nehiyawetan, Coyote Science, Fierce Girls, and Skye and Chang, a sci-fi martial arts mash-up. Monkey Beach, her first feature, from the novel by Eden Robinson, launched to strong audience and critical response, screening at TIFF, ImagineNative, opening VIFF, sweeping the drama awards at the American Indian Film Festival, was honoured with four awards at Red Nation Festival and was the #1 Canadian film at the box office for four weeks. Monkey Beach has screened in Korea, India, Italy, Germany, England, Lithuania, Netherlands, Scotland and throughout the US and Canada.

Indigenous creators are ready for their close-up with technology

Indigenous people have always been quick to use new technology, but we always had bigger dreams than simple proficiency or profit, writes Loretta Todd.
Opinion | September 23rd 2022