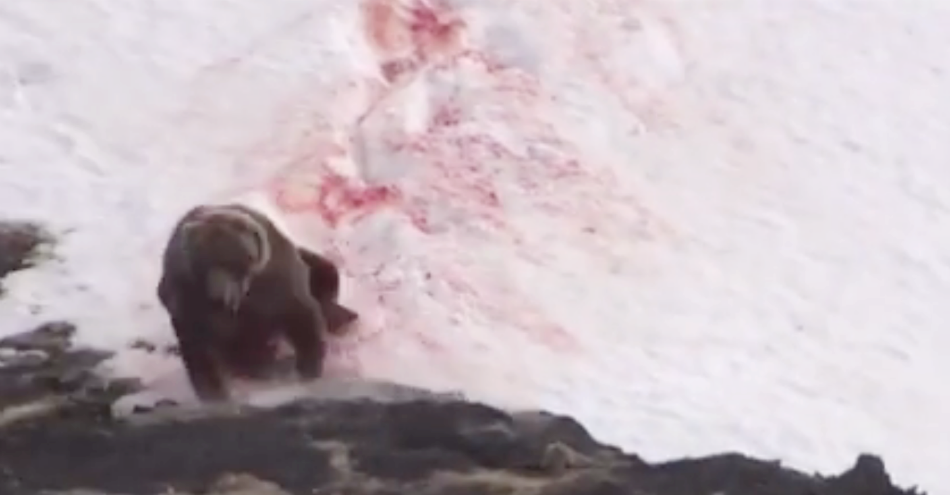 Graphic footage of two hunters killing a grizzly bear has incurred the wrath of thousands after a B.C. conservation group posted the video to its Facebook page on Monday.

Wildlife Defence League (WDL), based in Vancouver, has now attracted the attention of more than 269,000 viewers to the controversial issue of bear-hunting in B.C.

“BC's grizzly hunt is horrific and 80% of residents want it banned,” the group posted along with the video, which shows a grizzly bear trying to escape two hunters after sustaining multiple bullet wounds and bleeding heavily on the snow.

“But as is often the case, the BC government ignores the scientific, economic, environmental and ethical arguments in support of such a ban.”

Wildlife Defence League said the video was shot a number of years ago — likely in B.C. — but could not confirm the location as the user who uploaded it has now made the footage private.

“It’s something that we found online that we wanted people to see,” said WDL campaign director Tommy Knowles. He spoke with Vancouver Observer while monitoring the B.C. trophy hunt “in the field” with a small crew of operatives.

“I think it’s sort of taken people aback to see what it’s like to kill a grizzly bear. You hear the hunting community consistently say, ‘It’s one shot, one kill,’ but that’s definitely not true.”

Condemned by the hunting community

Even hunters have reached out on Facebook to condemn the video, saying the kill made in this case was “hard to watch” and “by no means ethical.”

“If you cant shoot, don't hunt," commented Manitoba hunter David Lindsay. "That should have taken one shot, and the bear wouldn't have known what hit it."

“This is disgusting, and I’m a hunter,” wrote Todd Long from Iowa. “There are sound reasons for hunting. Making the animal suffer is not one of them.”

Al Martin, director of strategic initiatives for the BC Wildlife Federation, also disapproved and worried about the effect such footage could have on law-abiding hunters throughout the province.

“It puts all hunters’ social license in jeopardy because it portrays all hunters as inept and insensitive," he told Vancouver Observer. "That’s not a fair representation, but it is a representation that’s getting a lot of profile through social media.”

The B.C. Ministry of Forests, Lands, and Natural Resource Operation issued more than 1,700 authorizations to hunt adult grizzly bears this spring, and the fall grizzly hunting season has now begun in most parts of the province.

According to a 2010 ministry report, an average of 297 grizzilies were hunted per year between 2004 and 2009, roughly 53 per cent of the maximum limit. Wildlife organizations maintain however, that these limits are not stringent enough and the commercial bear hunt in B.C. unsustainable.

"We clearly see that the science does not support the killing of large carnivores like grizzlies," said Peter Wood, terrestrial campaigns director for Canadian Parks and Wilderness Society (CPAWS) in B.C. "We are clearly over hunting the population right now."

In reference to the video posted by WDL, he said even if the footage wasn't shot in B.C., it certainly reflects poorly on the province which continues to permit annual grizzly hunting. This in turn tarnishes Canada, which is known around the world for its wildlife.

"I really don’t think that the B.C. government has reflected on all that is lost by taking this position that we want to continue trophy hunting," he explained. "Our global reputation and tourism (industry) pay because of this."

The economy pays for the bear hunt as well, according to a recent study by Stanford University and the Centre for Responsible Travel in Washington D.C., which found that bear viewing in the Great Bear Rainforest generates 27 times more employment, 12 times more visitor spending, and 11 times more government revenue than grizzly trophy hunting.