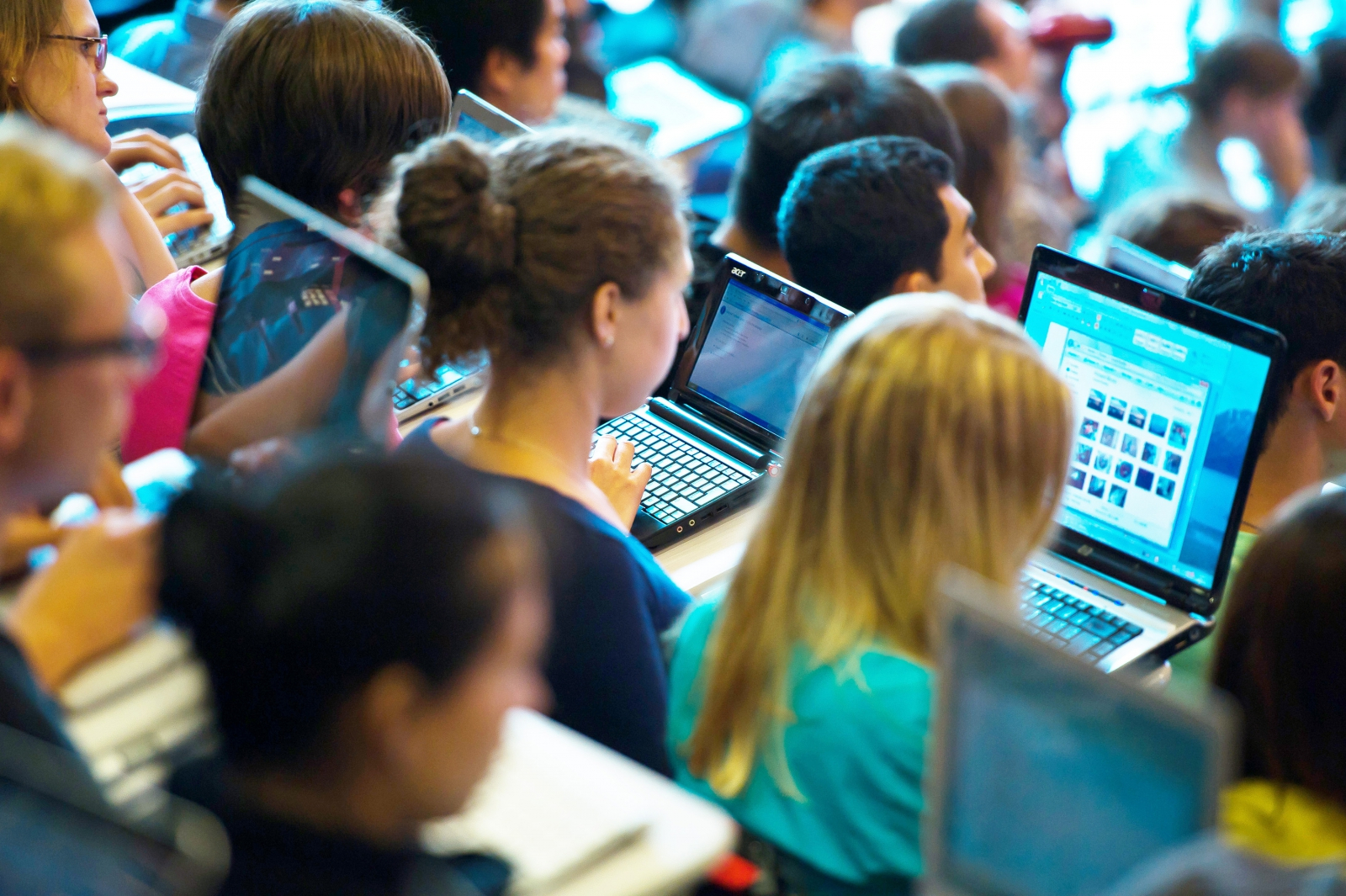 Can universities really force a change in the world’s fossil fuel companies?

More than 220 University of British Columbia professors think so.

In a key faculty vote this week, the educators signed a petition pledging they will cast their ballots to urge UBC to sell off the university's holdings of the world’s “200 most polluting” fossil fuel companies. They want the university's corporate stocks in oil, coal and gas divested, all in the next five years.

UBC is the latest campus to catch what has become a nationwide fossil fuel divestment fever.

Some 30 Canadian universities now have active campaigns, including the University of Toronto, Simon Fraser University, the University of Victoria and McGill. Ten campuses have had successful student votes to divest, and four have had faculty votes in favour of the idea. (Full list at end of story.)

Advocates say the billions of dollars that universities control via pensions and endowments should be used to stimulate a wider social push against fossil fuels.

Some call it the most exciting thing in climate action. Others, a terribly misguided idea.

UBC is a prime target for divestment advocates because it has the largest university holding of fossil fuel investments in Canada, according to a new report.

The school's $1.1 billion endowment includes $120 million in petro-energy stocks, states the Sustainability and Education Policy Network. The think-tank published its nationwide survey of campuses in December.

"Science has spoken clearly that we need to radically alter the energy system and do it very quickly. Universities should be leading the way in sending that signal,” he said Friday.

The divestment rage was first ignited in 2012 when 350.org's Bill McKibben in the U.S. published a Rolling Stone article entitled “Global Warming’s Terrifying New Math.” Since then, hundreds of campuses across the continent have taken up the cause.

In Canada, Concordia in Montreal was the first to divest in December, with a symbolic $5 million divestment of its fossil fuel investments. Faculty at SFU and University of Victoria also voted to divest, though the universities have not made final rulings.

Off campus, the U.S. billionaire Rockefeller heirs — who made their family fortune on oil— pledged to divest their fund’s carbon stocks last September. Now cities and faith groups are getting into the action too.

University students are energized by the battle. Citing concerns ranging from climate change and water pollution to the health of First Nations downriver from Alberta's oil sands, students are rallying, marching and holding votes in favour of divestment.

Engineering student Sam Harrison is part of the divestment effort at Canada's largest campus: the University of Toronto.

“Fossil fuel divestment is one of the fastest growing social movements in a long time," Harrison, who works with Toronto350.org, said.

"We’re in a crisis, we have a unstable climate… and students are saying we need a new energy path forward,” he added.

The U. of T. is expected to make a decision on divestment late this year. Under pressure from students, faculty, and prominent alumni, its president formed an advisory committee to sort out the implications. Already, the faculty association’s council, with some 60 professors, voted nearly unanimously for divestment last year.

Back on on the west coast, if a majority of UBC professors vote for divestment, the Board of Governors will be obliged to consider it, says UBC's public affairs department. UBC students voted 77 per cent in favour last year.

Advocates says campus divestment of companies operating in South Africa once helped bring about the end of apartheid.

She says exuberant youth have been too seduced by advocacy campaigns led mostly by 350.org into falsely believing that just by removing investments in oil companies, the climate crisis will be solved.

“The reason people are targeting the oil companies is that they are a visible target. But I think it’s a misplaced target.”

“If you really want to change our consumption of fossil fuels, you really do need to hit the consumer,” said Falkenberg.

The professor said petroleum is so woven into the fabric of our every day lives, we use the ancient resource all the time without even thinking: when we fly, buy Nike shoes, use healthcare products, type on laptops, or drive cars.

“And [oil companies] don’t advertise for you to ‘go drive your car.’”

Falkenberg likens the problem to tobacco. In her youth, she said, students and professors all smoked in university classrooms. It wasn’t until second-hand smoking campaigns affected demand that cigarette sales took a dive.

The Canadian Association of Petroleum Producers (CAPP) says targeting the energy sector is “not appropriate, particularly when some companies… are driving innovation in the specific areas highlighted by some groups as the reason not to invest in them,” wrote spokesperson Chelsie Klassen.

And water use and CO2 intensity per barrel, have improved in the oil sands, said Canada's Ambassador to the U.S. last week.

South of the border, despite a determined effort at Harvard University including a petition signed by 229 professors, the university stated the school would not divest from fossil fuels.

"The endowment is a resource, not an instrument to impel social or political change," said President Drew Faust.

Divest Harvard, the student force pushing for change, says divestment is needed because the fossil fuel industry is “largely responsible for political gridlock that impedes the passage of climate legislation,” according to its website.

Meanwhile, the University of Calgary, situated in heart of oil country, does not have an active divest campaign, Alberta Oil magazine reported.

20 per cent of UBC profs need to vote

UBC’s Hoberg is hopeful professors will come out in force to vote. Twenty per cent of faculty are needed for the vote to be valid. He knows there are worries that divestment could effect the returns of the endowment fund and reduce money for campus education.

But he believes the campus can still in invest in alternative energy solutions. Most importantly, it can demonstrate moral leadership.

"[Divesting] does provide a very important signal that there’s an increasing disenchantment with the path that we are on,” he said.

NASA recently declared 2014 the hottest year on modern record and Arctic scientists predict an ice-free summer at the North Pole sometime between this year and 2020.

Campus faculty voting will take place from Jan.26 to Feb.8.

Divest Fossil Fuels: by the numbers

3 campuses with Board of Governors voting on divestment:

(Source for above campus info: Sustainability and Education Policy Network)