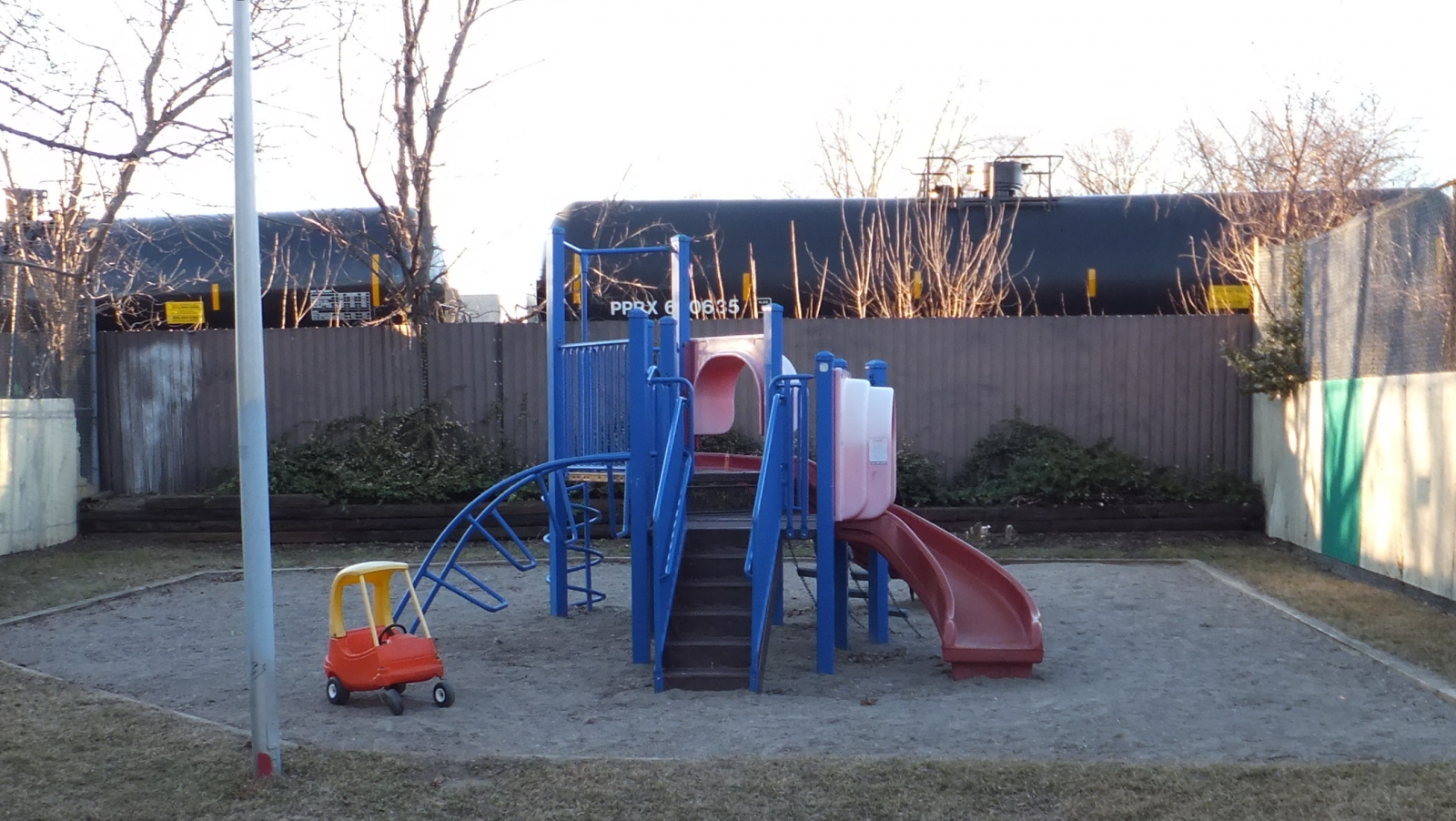 A Toronto neighbourhood is taking the unusual step of asking the Auditor General of Canada to get answers to the urban community's oil train concerns.

A Toronto neighbourhood group, alarmed by what appears to be a surge in oil trains rumbling past their urban backyards, is taking the unusual step of urging the Auditor General of Canada to intervene to help it get answers to safety concerns.

The group, called Safe Rail Communities, says it has been asking basic questions to CN, CP Rail and the federal government about the safety of transporting these explosive fuels, but found the responses lacking.

“Transport Canada is refusing to speak with us and the minister is actually refusing to send anyone out to our meetings.”

The group was formed by home owners in Toronto's west end in 2014 after the Lac-Megantic rail disaster, in eastern Quebec, killed 47 people in 2013. Many residents have expressed concern a similar catastrophe could happen in their own neighbourhood, in the heart of Canada's biggest city. The trains often move past their homes in the middle of the night.

It's not clear how many oil trains roll past, but nationally, the number is climbing quickly, as oil sands and Bakken shale producers struggle to get burgeoning fuels to market.
In a five-page environmental petition sent to Ottawa last week, members of Safe Rail Communities said it had no other choice but to contact the Auditor General. That office has broad powers to investigate federal government operations.

The group's petition lays out 17 questions directed at Transport Canada and Environment Canada. They include questions about the safety of tank cars currently being used to transport oil, and whether the government has sufficiently studied the environmental and public health risks associated with the substantial increase in shipments of oil by rail.

Canadian National Railway said it cannot share the information with citizens easily because it's commercially sensitive.

It said it discloses information about the dangerous goods it transports with municipalities across Canada including Toronto, but due to non-disclosure agreements, that information is kept secret and only accessible to emergency response officials.

“It’s unbelievable that ordinary citizens have to do so much work to get an answer about things that affect us,” said Patricia Lai, a mother of three young children and member of the Safe Rail Communities group.

“We all assume that everything is being done to the strictest and the highest safety standards that could possibly exist, but they aren’t,” she added.

Lai said the only contact they’ve had with Transport Canada was during a brief community meeting in April 2014 that was held in another riding.

“It was quite promising that they were there and we thought 'Fantastic, we can voice our concerns, we will be heard,'” said Lai.

But since then the group has tried unsuccessfully to contact Transport Canada on four occasions, including sending a formal invitation to Lisa Raitt, the Minister of Transport, to attend a meeting in their area in September.

In an email from Transport Canada, it confirmed Raitt received Safe Rail Communities latest correspondence including a review of the Canadian Transportation Act on January 21.

“The department is currently looking at this proposition and will provide comments in due time,” said Mélany Gauvin, a spokesperson for Transport Canada said Monday.

The ministry did not explain why the minister or department did not to respond to the group’s three other inquires last year.

Large numbers of refined oil products and other hazardous goods are transported across Canada each year. In 2009, there were only 500 railcars of crude oil moved in the country. That number jumped to more than 130,000 in 2014, according to the Railway Association of Canada (RAC).

That number is expected to quadruple to 510,000 railcars by 2016, according to comments made by Bob Bleaney, vice-president of external relations for the Canadian Association of Petroleum Producers, during a House of Commons committee meeting in 2013.

Last year in a report by the Transportation Safety Board, it described the amount of oil being shipped by rail as “staggering” and went on to state that the risks to the public and the environment have increased significantly.

“We’re not opposed to it being shipped by rail, as long as it is shipped in the safest way possible,” said Vassilakos, who explained that they understand shipping oil by rail is an economic reality.

“It’s been a year a half since Lac Megantic and we still really have not had a commitment from the minister that all these recommendations are going to be enforced,” said Peggy Nash, a Toronto MP who represents a community bound on three sides by rail lines.

“The fact that a local citizen group should have to try and force Transport Canada to do its job and the minister to do her job seems ridiculous. The government hires experts on this topic and they should be the ones safeguarding public safety,” she said.

In December, Toronto Mayor John Tory said he wanted to stop the movement of dangerous substances through Toronto and demanded greater transparency from railway companies on what goods are being transported through the city.

A spokesperson for the mayor said last week that Tory had nothing further to add.

CN said they have previously met with Toronto officials about the dangerous goods transported through the city, and the company is ready to meet the mayor again, said Mark Hallman, Director of Communications for CN last week.

The office of the Auditor General confirmed they received the Safe Rail Communities petition.

According to a public catalogue of the petitions, this is the first environmental petition about rail safety directed at Transport Canada and Environment Canada.

Once a petition has been accepted and forwarded to the appropriate ministries, ministers must respond within 120 days.

Of further importance is that

Of further importance is that the Rcmp do a Forensic Audit of Integrity issues of Negligence and Coverup with our Self Regulated Railways and Pipeline Owners. Transport Canada allowed MM&A, the Maine, Montreal and Atlantic Railway to operate with only one Engineer. There were NO Conductors, the people who apply the mechanical hand brakes, of utmost importance when a train is left un-attended on a grade. Our government has failed to protect the public. They cater to Corporate quests to widen profit margins every Quarter.