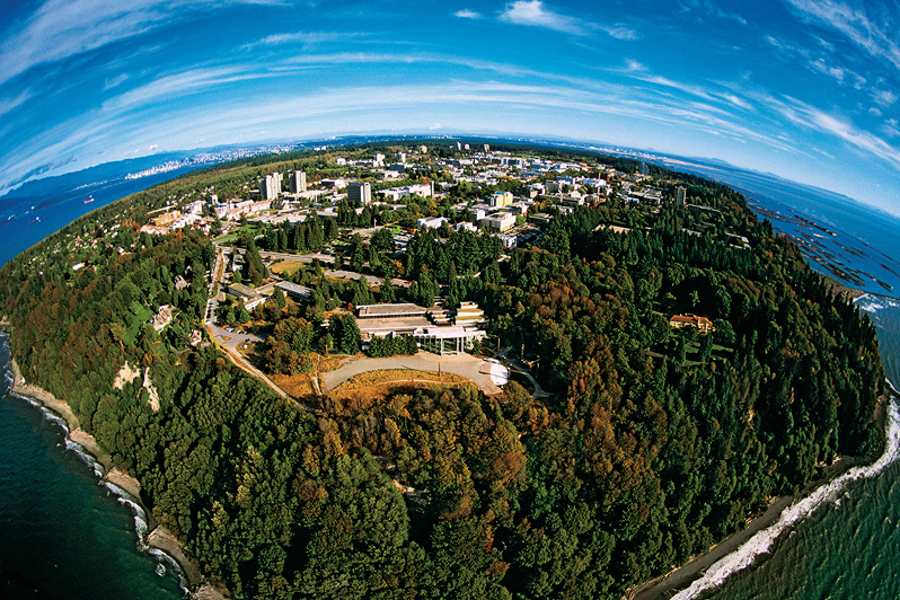 University of British Columbia professors voted decisively to urge the university's board of governors to sell off the school's endowment investments in fossil fuel stocks within the next five years.

The UBC Faculty Association said Tuesday that 62 per cent of faculty voted in favour of the fossil fuel divestment.

“Students have spoken. Faculty have spoken. It's time for UBC to act,” said forestry professor George Hoberg, who led the faculty campaign.

"Climate change presents an urgent crisis for humanity," he added.

The campus' $1.1-billion endowment contains the largest university holding of fossil fuel stocks in Canada, according to a national study by the Sustainability and Education Policy Network.

“UBC should devise a profitable fossil-free portfolio that can serve as an inspiration for sustainable investing by other institutions,” said political science professor Kathryn Harrison, who is also a climate policy expert.

UBC students themselves also voted for divestment in a four-to-one margin, last year.

The university’s public affairs division has previously stated that if two stakeholder groups, such as students and faculty, vote in favour of a new direction for its investment policies, the board of governors would be obliged to consider that.

Students, energized by this debate across Canada, are celebrating.

“We’re absolutely thrilled that the UBC faculty have chosen to take a stand with us,” said Kelsey Mech, National Director of the Canadian Youth Climate Coalition in Victoria.

“The choice is clear: either invest in a dying fossil fuel industry that will commit us to environmental destruction, social injustice, and economic failure, or we can invest in our futures.”

Mech said there are now more than 30 universities across Canada with active divest campaigns, including new ones at the University of Winnipeg and Sherbrooke University.

Even the University of Calgary, in the heart of Alberta's oil country, started a campaign this week.

"Some of the students I've spoken with are deeply connected to oil and gas,” said Ann Silbernagel in Calgary, who is familiar with the new campus effort.

"They worked in the oil fields, their friends, families, roommates have been employed by the biggest oil companies. But even they know oil and gas is not the solution. It's great to see people are so aware, even here,” she said Tuesday.

Concordia University in Montreal became the first campus in Canada to divest in December. The institution set aside $5 million from its investments to test the fossil-fuel-free waters.

Still, the divestment push has its doubters.

UBC mining professor Erik Eberhadt attempted to persuade his colleagues that divestment would scare industry money away from important fossil fuel research, such as how to green B.C.’s rapid push to develop liquified natural gas (LNG).

“Continued university research and education directed at the safe and responsible development of shale gas resources not only represents an important opportunity, but a social obligation!” he stated, with emphasis, in his online presentation to faculty on Jan.22.

But at that same meeting, UBC professors were told the university could still make a lot of money with its endowment by removing fossil fuel stocks.

Wayne Wachell, CEO of Genus Capital Management, gave the presentation and said Tuesday, although 33.8 per cent of Canada's stock exchange is fossil-fuel related, screening the polluting companies is still profitable.

The trick, he said, is investing more internationally.

"Canada itself is an issue. Because the energy sector here is about... a third of your portfolio. But globally, energy stocks are just 8 per cent of the total," said Wachell.

His firm, which only accepts investors with $500,000 or more, analyzed 10 years of stock performance, and found that funds that were screened for fossil fuels fared about the same as those with the carbon stocks.

"Decisions regarding the investment of UBC’s endowment fall within the jurisdiction of the UBC Board of Governors, which recognizes the importance of responsible investment and has put a process in place that enables key stakeholder groups in the UBC community to provide well-considered and broadly based input into this decision-making process," said Susan Danard.

Of the 955 professor who voted, 591 supported the divestment proposal and 364 did not, said the Faculty Association in a release.

On Global Divestment Day on Friday, UBC's local 350.org chapter is inviting people to participate in a divestment day photo on campus at noon.

Divest fossil fuels by the numbers:

5 campuses where faculty voted to divest:

3 campuses where Board of Governors voted on divestment:

(Source for above campus info: Sustainability and Education Policy Network)

Someone needs to explain to

Someone needs to explain to "UBC mining professor Erik Eberhadt" that shale gas is a fossil fuel.
Fossil is fossil, and LNG is no exception.