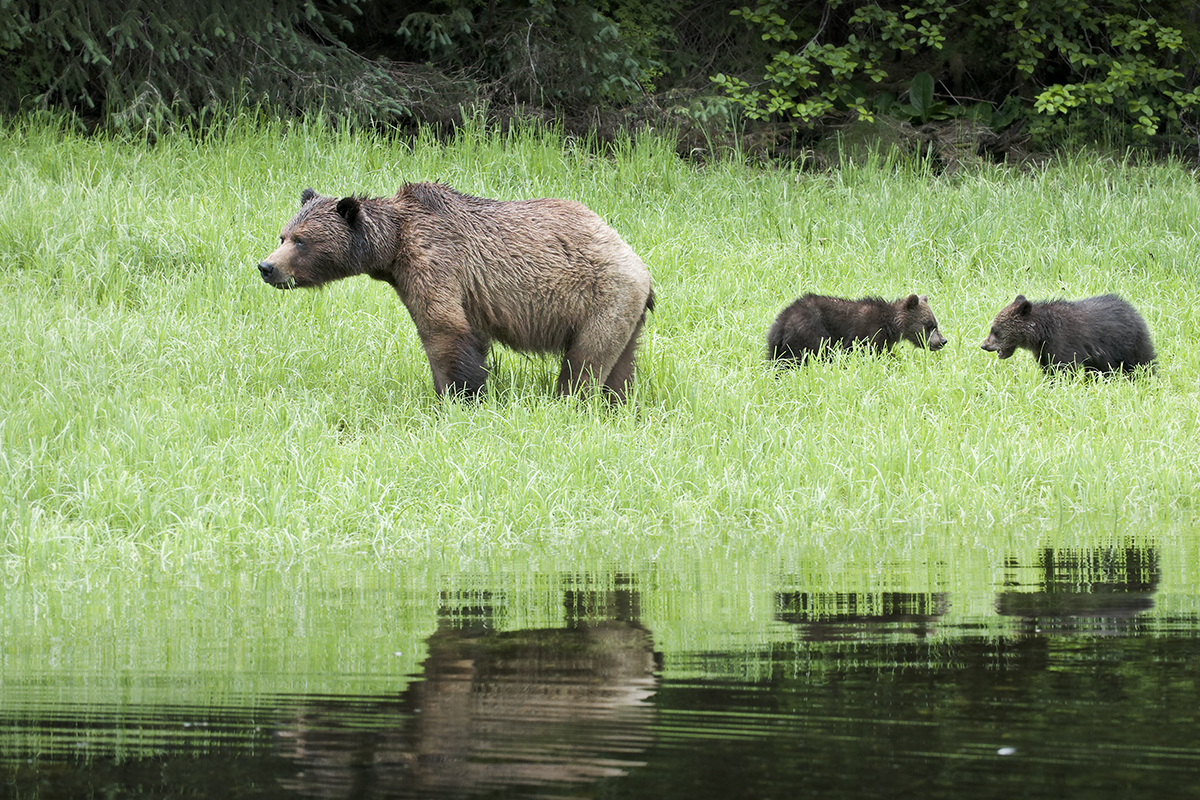 A fierce political squabble this week in the British Columbia legislature over who gets to shoot bears — locals or foreigners — has entirely missed the target about the need to protect at-risk grizzlies, says a long-time conservationist.

“I think the NDP really has missed the mark,” says Brian Falconer with Raincoast Conservation Foundation on Thursday.

"The bears don’t care if it's a guide outfitters’ bullet or a resident hunters’ bullet that goes through its gut. It’s dead,” he added.

On Monday, the opposition New Democrats fired political shots at B.C. Minister Bill Bennett for an alleged conflict of interest regarding a recent hunting policy decision. The issue made national headlines.

The opposition claims the long-time Liberal MLA and hunting enthusiast, who has a habit of lobbing profanities at his hunting critics, should not have sat in on cabinet decisions about the so-called “allocation” of hunting permits.

The background to the backlash is the BC government's December attempt to change the percentage of kill licences given to foreigners versus resident hunters.

The change caused an uproar among the thousands of resident hunters represented by the BC Wildlife Federation, who growled at Bennett.

Mining Minister Bennett intervened, but not before colourfully pushing back on Facebook: “Frankly [Natural Resources Minister] Steve doesn't need the votes to get elected, and I'm not running again, so all the threats don’t mean shit to us.”

A tweak to the hunting allocation was made Feb.6.

But the NDP says that because Bennett is still owed a $70,000 loan from a guide outfitting business he sold in 2001, he must be in bed with the guide outfitters.

“If the guide outfitters do better [because of the policy shift], would he get his money back?  You start to think about that,” said NDP MLA Katrine Conroy on Thursday.

What’s missed in all this bafflegab, says Falconer, is that 87% of British Columbians polled in 2013 want the trophy hunt stopped altogether — not political battles over who gets to kill, he said.

"All of this bickering is disguising the real issue.  It doesn’t matter if the bear hide ends up on a floor in the Kootenays, or a floor in West Virginia — the grizzly is still dead.”

The Coastal First Nations Great Bear Initiative has long said the trophy hunt of (white) spirit bears and grizzlies is an affront to their culture, is threatening to a scientifically unknown number of grizzlies, and provides far less economic value than the bear-watching eco businesses.

The BC Wildlife Federation agrees the recent allocation decision was not about the trophy hunt, and that its resident hunters seek the grizzlies for food.

"Many people, including my own family, will eat grizzly meat or black bear meat, or whatever,” said BCWF vice president Jim Glaicar.

"This is about the issue of access for residents of BC and privatizing a public resource,” he added.

With files from Jenny Uechi.