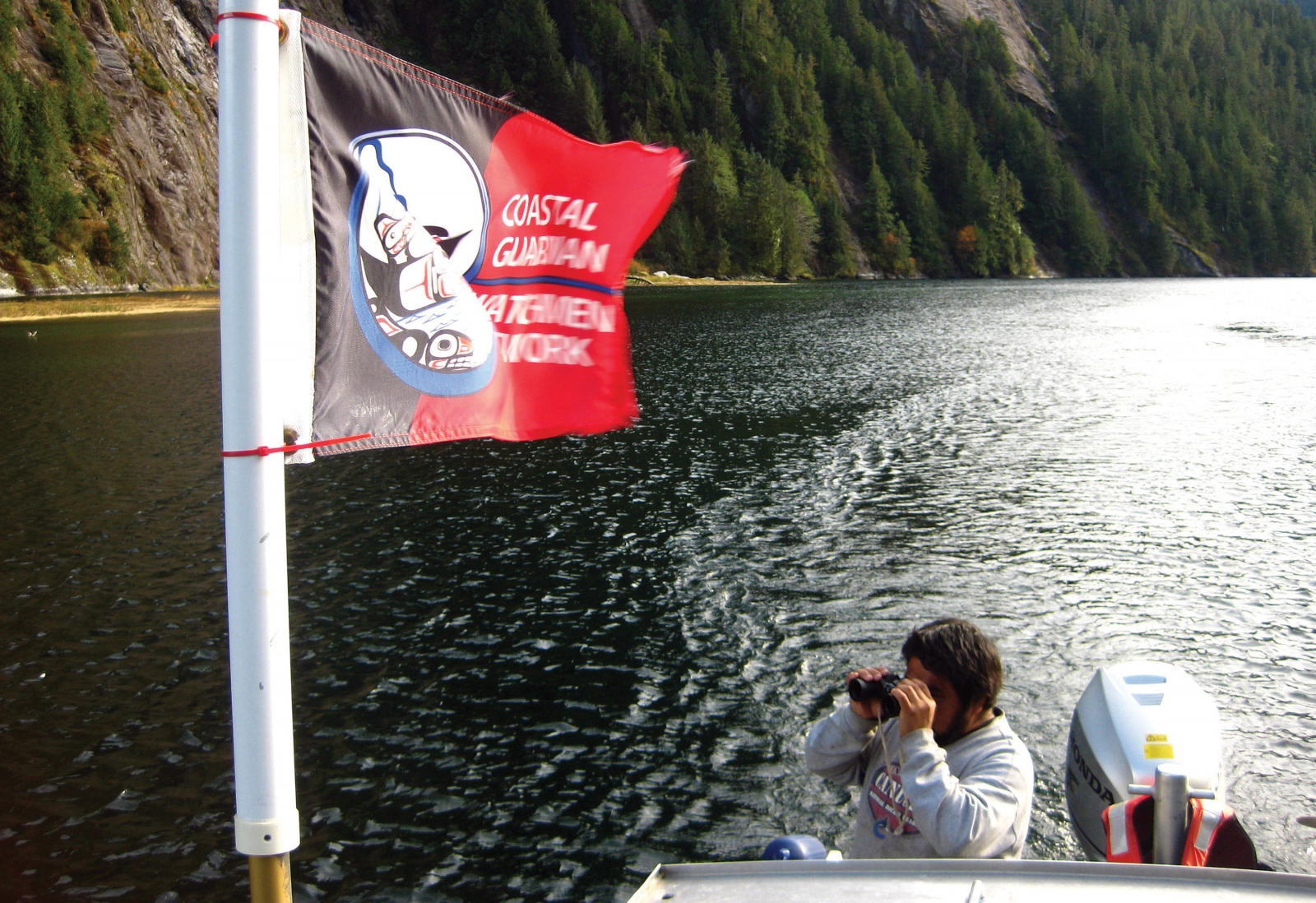 “Sometimes it gets nasty,” said Jason Moody, a patroller from Nuxalk Nation in Bella Coola.

Patrolling up and down British Columbia's coast with binoculars are a group of dedicated First Nations volunteers that boat right up to armed hunters, often American, in their vessels to dissuade them from killing at-risk grizzlies just for sport.

Called the Coastal Guardian Watchmen, they urge unsuspecting trophy hunters to halt their pursuit of grizzlies as insensitive to First Nations culture, and against tribal law.

“Sometimes it gets nasty,” said Jason Moody, a patroller from Nuxalk Nation in Bella Coola.

"Sometimes you get [trophy hunters] realizing, ‘OK, you guys don’t want the hunting around here. We’ll go somewhere else.'"

Foreign hunters from places like Virginia and Texas pay thousands of dollars to come to B.C.—to be in one of the few places left where the fourth-largest carnivore on the planet can be shot for a trophy head or a bear rug.

Many trophy hunters don't like the altercations with the now 16 native patrollers on the coast.

“It gets tense. Usually just having a presence is enough,” says William Housty, who chairs the Heiltsuk Nation resource management office in Bella Bella, and coordinates many of the indigenous watchmen.

“If there are drunk hunters walking around drinking Jack Daniels — who is to say they won’t shoot one our researchers. That’s one of our biggest beefs with the province,” he said.

The Guardian Watchmen do not have the legal powers to board vessels or enforce conservation laws, but they wish they did. Provincial officers, the Coast Guard and the RCMP are not seen often enough, said Housty.

And many hunters they come across are not carrying provincial licences.

"A lot of the people who come up here don’t actually have tags. They’re poachers,” said Housty.

The wildlife manager recalled an infamous incident in 2013 when NHL player Clayton Stoner let some coastal watchmen on board the famous hockey player's boat to photograph the defencemen’s recent grizzly kill.

The head and claws were removed, and Stoner smiled for the watchmen’s photo snaps that would soon become national news material.

“He let himself be an idiot poster child for the trophy hunt,” laughed Housty.

Stoner defended his bear kill at the time.

“I applied for and received a grizzly bear hunting licence through a British Columbia limited-entry lottery last winter and shot a grizzly bear with my licence while hunting with my father, uncle and a friend in May,” the hockey star said in a statement.

But since that media spectacle, many watchmen admit they’ve only been partly successful in slowing the trophy hunt.

The Guide Outfitters Association says as long as it is kept legal by the B.C. government, their members will continue flying in high-paying hunting clients to kill grizzlies.

“While we try to accommodate [aboriginal] wishes, but until they have jurisdiction, the authority around it is the Crown,” says the association’s executive director Scott Ellis.

“Our guys are still going to operate their businesses."

But Coastal First Nations are now threatening legal action to put an end to the industry.

Lawsuit to stop the trophy hunt?

Coastal First Nations leader Art Sterritt calls the trophy hunt an “affront” to native culture. Hunting to eat is one thing, he says, but to slaughter bears just for their heads and claws is wrong.

Elders are especially offended by the rotting bear flesh left behind by many trophy hunters. Many natives consider this bad luck.

“You’ve got this naked carcass. A bear that’s been denuded like that - they are so close to the physique of a human being,” said Sterritt, with disgust.

“It’s really an affront to our [First Nations] culture.”

He says his political council, which represents seven tidal bands in the region, is now thinking about suing the province to stop the grizzly trophy hunt.

“We think there is a basis for legal action,” said Sterritt last week.

“We’re getting very tired of this conversation, it seems likes with this provincial government it falls on deaf ears. We have seen pictures of our Premier laughing it up with the guide outfitters — it would appear as though they are getting special favours.”

Some scientific studies point out that the grizzlies are over-hunted in many parts of B.C. The grizzly hunt is already banned in Alberta, and the bears in Atlantic Canada are extinct.

The BC Liberal government reversed a provincial ban against the trophy hunt in 2001. Then in December 2014, it further allowed a larger portion of the kill licences to go to foreigners via guide outfitters.

"We are continuing to discuss grizzly bear management with the Coastal First Nations, but ask that they respect the province’s authority over the harvest,” said a spokesperson with the B.C. Ministry of Forests, Lands and Natural Resource Operations.

"This government allows a grizzly bear harvest based on the best available science,” he added.

The David Suzuki Foundation tracks the science on grizzly bear population levels, and says there’s no question the province is allowing the over-kill of grizzlies in some regions.

“What we know is, more grizzly bears are being killed by trophy hunters in parts of the province than what the B.C. government admits is a sustainable level,” said Faisal Moola, a director general with the foundation.

"Where’s the B.C. government on protecting the bears?" he added.

Over in Hartley Bay, another Coastal Guardian coordinator says his crews will continue the fight to protect the grizzly.

“The word has gotten out. Trophy hunters are not welcome on the central coast,” said Marvin Robinson.

"We will keep any of the trophy hunters out of Gitga’aat territory.”