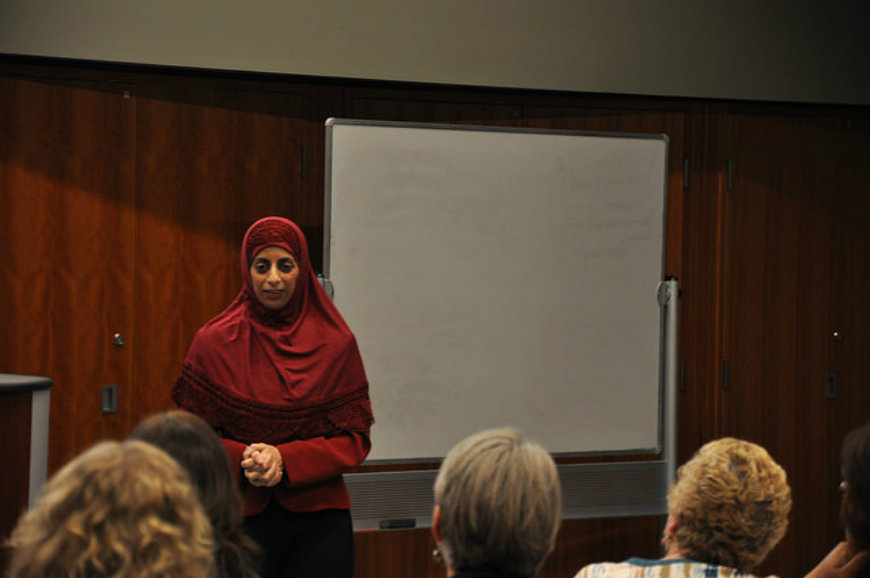 Restricting religious freedom fans the flames of prejudice and keeps us further apart.

Do you remember the 1990 Gulf War? I do. I am Muslim, and have never worn a hijab (headscarf)— but at the time, in an act of solidarity, I opted to briefly wear one after I heard a young Muslim girl had hers pulled off in a Victoria high school.

After the 9/11 attacks in 2001, I waited at a Surrey intersection while a man yelled from a car, “Go back home, Taliban!” at a young man wearing a turban. He was heading to the Sikh temple.

I wore the hijab again to test the racism radar in Vancouver but also to answer a personal question: do religious symbols really bring one closer to God?

Surprisingly, I didn’t experience racism. Instead, men offered me seats on buses or opened doors for me. People said hello or smiled while other women with hijabs acknowledged me. When I decided to remove the hijab, I missed it: it had brought me closer to myself and other people. I had gained peace and reverence. If one believes God is within us, perhaps I did come closer.

While I do not believe that wearing a niqab (face covering) is required by Islam, I don't agree with banning it, or any other form of religious clothing or jewelry.

Like others have said, the state should not be telling women what to wear or what not to wear. News flash, Mr. Harper: Muslim women can be strong. Stop speaking for us. Instead, invite us to speak.

And yet here we are again with a piece of cloth as the focus and the manufacturing of fear against Muslims and Islam from political leaders. Let’s not lose sight of the manipulation and abuse of power inherent in Bill C-51, or in the attempt to ban something that Harper believes doesn't accord with “our own values.”

There is a serious question at stake about just whose values those are. It seems to me the real issue is the protection of the Charter of Rights and Freedom.

If Harper wants to talk about values, let’s ask him where his are when violence against women (regardless of religious background) continues in this country, when Indigenous women go missing along the ‘Highway of Tears,’ or when Canadian men as sex tourists violate young girls and boys in other countries.

Harper's stance is feeding old fears about security and Islamic terrorists, and generating the same debates about oppressed, veiled Muslim women. But I’m grateful that more Canadians from various walks of life are taking a stand and not buying into a manufactured image of Islam.

The poet Rumi once wrote: “We may know who we are, or we may not. We may be Muslims, Jews or Christians, but until our hearts become the mould for every heart, we will see only our differences.”

Maybe, just maybe, our hearts can be spacious enough to see beyond our differences. One can only hope.