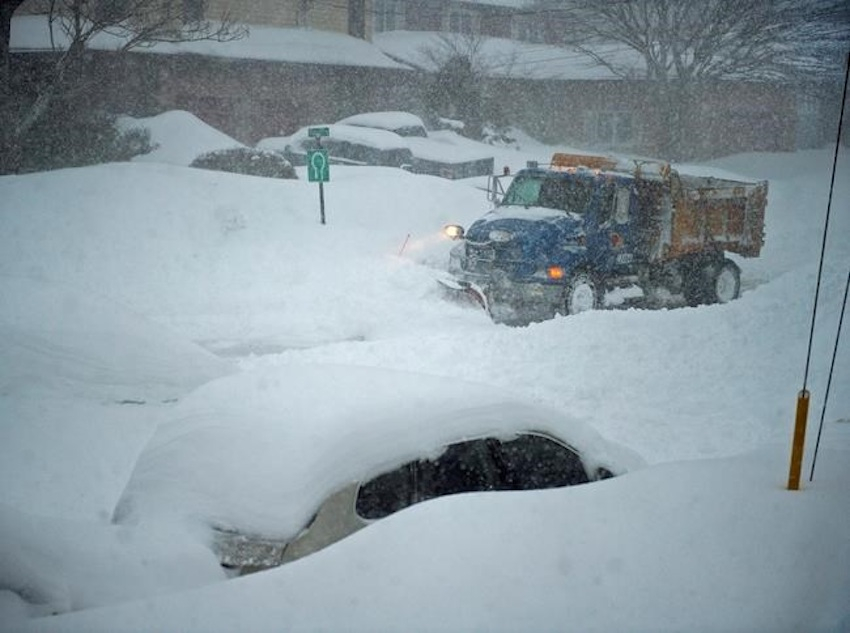 Another winter storm buried Nova Scotia on Wednesday as snowbanks across Atlantic Canada continue to grow, probably leaving some on the East Coast asking why us?

The meteorological explanation is pretty simple. In the Maritimes, it all comes down to below average temperatures, which means less rain than parts of the region normally get in winter, says Environment Canada meteorologist Tracey Talbot.

"Even though we tend to get these winter storms in through the Maritime region on a regular basis ... most years get some rain associated with them," she said in an interview.

"Here in Nova Scotia we’re not breaking records in terms of the overall snowfall, it’s just that it seems to have a bigger impact because we’re not getting any melting of that snow."

Total snowfall at Halifax Stanfield International Airport this winter is around 270 centimetres, just under last year’s total of 288 centimetres. But those figures are nowhere near the record of 475 centimetres set in 1971.

And while some Maritimers have seen record amounts of snow — Saint John, N.B., just broke a 52−year−old record for seasonal accumulation — other parts of the region are missing out on the usual cycle of warm and cold weather through the winter, said Talbot.

Environment Canada has said that strange weather across North America this winter can be attributed in part to the position of the jet stream, a river of fast−moving, high−altitude air that moves west to east across the continent.

In January, David Phillips, senior climatologist with Environment Canada, said the jet stream has been careening up and down the continent "like a drunken sailor" weaving from the Gulf of Alaska to the Gulf of Mexico.

Ian Folkins, a professor of physics and atmospheric science at Dalhousie University in Halifax, said while the jet stream’s position is linked to East Coast storms, it’s difficult to say which is the cause and which is the effect.

East Coast storms are tracking further south than usual this winter, Folkins said, which means the Maritimes stays in what he calls the "snow zone" of colder temperatures during each storm.

It’s part of a bigger weather picture where more cold air than usual is sitting over Eastern North America this winter, while the western side of the continent is staying relatively warm, he said.

"Last winter there was a lot of talk about the polar vortex. Well, that’s exactly the same thing. This mass of cold air is moved south in Eastern North America."

Folkins said while this winter has similarities to last year’s heavy snowfall, two winters in a row don’t constitute a trend.

"People will try to make hay out of why Eastern North America had two similar winters in a row but I think most scientists are a little bit skeptical of those explanations."

Halifax was among the hardest hit areas from the latest storm as the city readied itself to cope with more than 50 centimetres of snow.

Lower snowfall amounts were forecast for southeastern New Brunswick and P.E.I., although wind gusts of up to 70 kilometres an hour were causing snowdrifts and visibility problems throughout the region, said Darin Borgel, another meteorologist at Environment Canada.

People might be feeling deluged after more than 40 centimetres hit many parts of the Maritimes on Sunday, he added.

"The snowbanks are pretty high in almost all of the Maritimes right now. I think people don’t know where they are going to put it now."