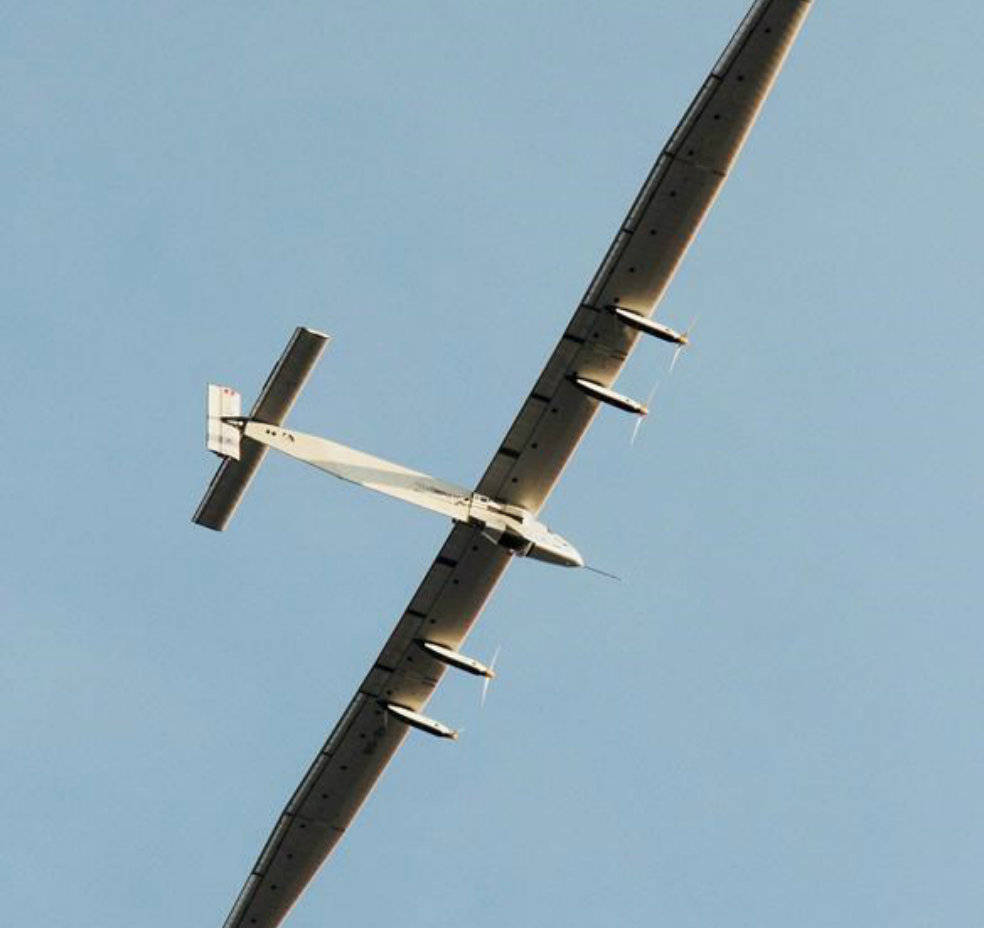 A solar−powered airplane on a round−the−world journey has taken off from the northern Indian town of Varanasi and is headed for its next stop in Myanmar.

The fuel−free aircraft, called the Solar Impulse 2, is powered by more than 17,000 solar cells on its wings that recharge the plane’s batteries, enabling it to fly during the day or night. The plane was expected to land in Mandalay in Myanmar later Thursday.

Swiss pilots Bertrand Piccard and Andre Borschberg are taking turns flying the aircraft as they attempt to circumnavigate the globe on a journey expected to take five months.

The aircraft’s flight has attracted attention around the world from people who see solar power as the fuel of the future, providing a source of clean, renewable energy.