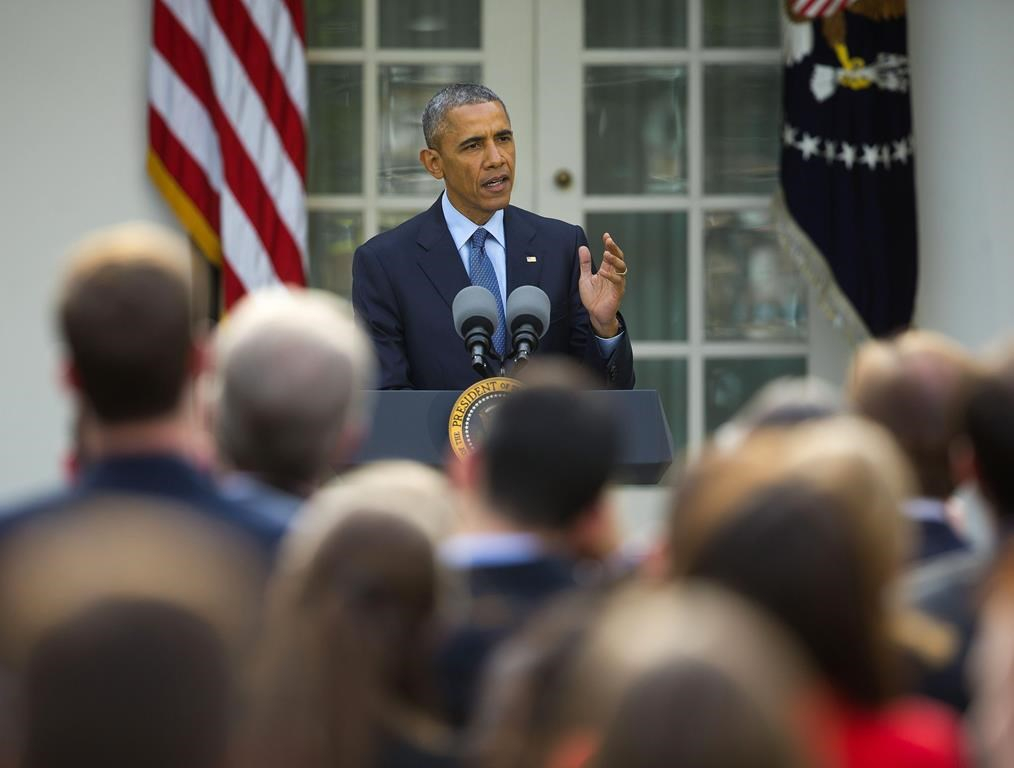 WASHINGTON — With swampy wetlands and alligators as his backdrop, President Barack Obama will use a visit to Florida’s Everglades to warn of the damage that climate change is already inflicting on the nation’s environmental treasures — and to hammer political opponents he says are doing far too little about it.

Obama’s trip to the Everglades on Wednesday, timed to coincide with Earth Day, marks an attempt to connect the dots between theoretical arguments about carbon emissions and real−life implications. With his climate change agenda under attack in Washington and courthouses across the U.S., Obama has sought this week to influence Americans to envision a world in which cherished natural wonders fall victim to pollution.

In Florida, rising sea levels have allowed salt water to seep inland, threatening drinking water for Floridians and the extraordinary native species and plants that call the Everglades home. Christy Goldfuss of the White House’s Council on Environmental Quality said without stepped−up action, Joshua Tree National Park in California could soon be treeless and Glacier National Park in Montana devoid of glaciers.

"Regardless of the political debate, there are decisions being made in communities in Florida and across this country to make changes to the way they live as a result of climate change," Goldfuss said.

Those political overtones were impossible to avoid.

Gov. Rick Scott has attracted national attention over his resistance to acknowledging man−made causes of climate change head−on. "I’m not a scientist," the Republican famously claimed when asked about climate predictions that show Florida to be one of the states most threatened by rising seas and stronger storms.

Yet it was allegations by some former state employees that Scott’s administration banned them from using the terms "climate change" and "global warming" that drew the strongest protest from the White House. Scott has denied any such policy, and on Tuesday he accused Obama of cutting millions in his budget for repair of an aging dike around Florida’s largest freshwater lake.

White House spokesman Josh Earnest said denying the reality of climate change constituted failure of leadership and a grave disservice to future generations. He said Obama’s commitment to the Everglades measures up well compared to a governor who "has outlawed employees in the State of Florida from even uttering the word ’climate change.’"

"It’s a little rich for someone who has made that declaration that somehow the president has not been sufficiently committed to defending the Everglades from the causes of climate change," Earnest said.

Before Obama’s visit, Scott sought to put the blame on Washington and Obama in particular for leaving the state on the hook for the Everglades’ repair, even though it’s Congress — not Obama — who controls the federal purse strings.

"Our environment is too important to neglect and it’s time for the federal government to focus on real solutions and live up to their promises," he said in a statement.

It was unclear whether Scott would be on the tarmac Wednesday to greet the president upon his arrival, although the White House said they had extended the traditional invitation. While in Florida, Obama will speak at Everglades National Park and go on a tour — weather permitting.

Unable to persuade Congress to act on climate, Obama has spent much of his second term pursuing executive actions to cut carbon greenhouse gas emissions in the U.S. and abroad. Yet even as Obama looks to his legacy, climate issues are shaping up to take on their own role in the burgeoning 2016 presidential campaign, in which two Florida Republicans — Sen. Marco Rubio and former Gov. Jeb Bush — are either running or actively considering it.

The vast wetlands of the Everglades fuel the region’s tourism economy and drinking water supply. Now roughly 1.4 million acres (570,000 hectares), the park comprises most of what’s left of a unique ecosystem that once stretched as far north as Orlando.

Yet damage that started early in the 20th century, when people drained swamps to make room for homes and farms, has only grown more alarming as sea levels rise. Researchers fear by the time the water flow is fixed, the Everglades’ native species could be lost to invasive plants and animals.

Florida and the federal government have partnered on a multibillion−dollar fix, but the effort has languished amid legal challenges and congressional inaction.

Meanwhile, South Florida’s local officials say they’re already shouldering the burdens of rising sea levels. One Miami suburb frustrated by the state and federal governments’ inaction on climate has proposed — not entirely as a joke — that South Florida become its own state.