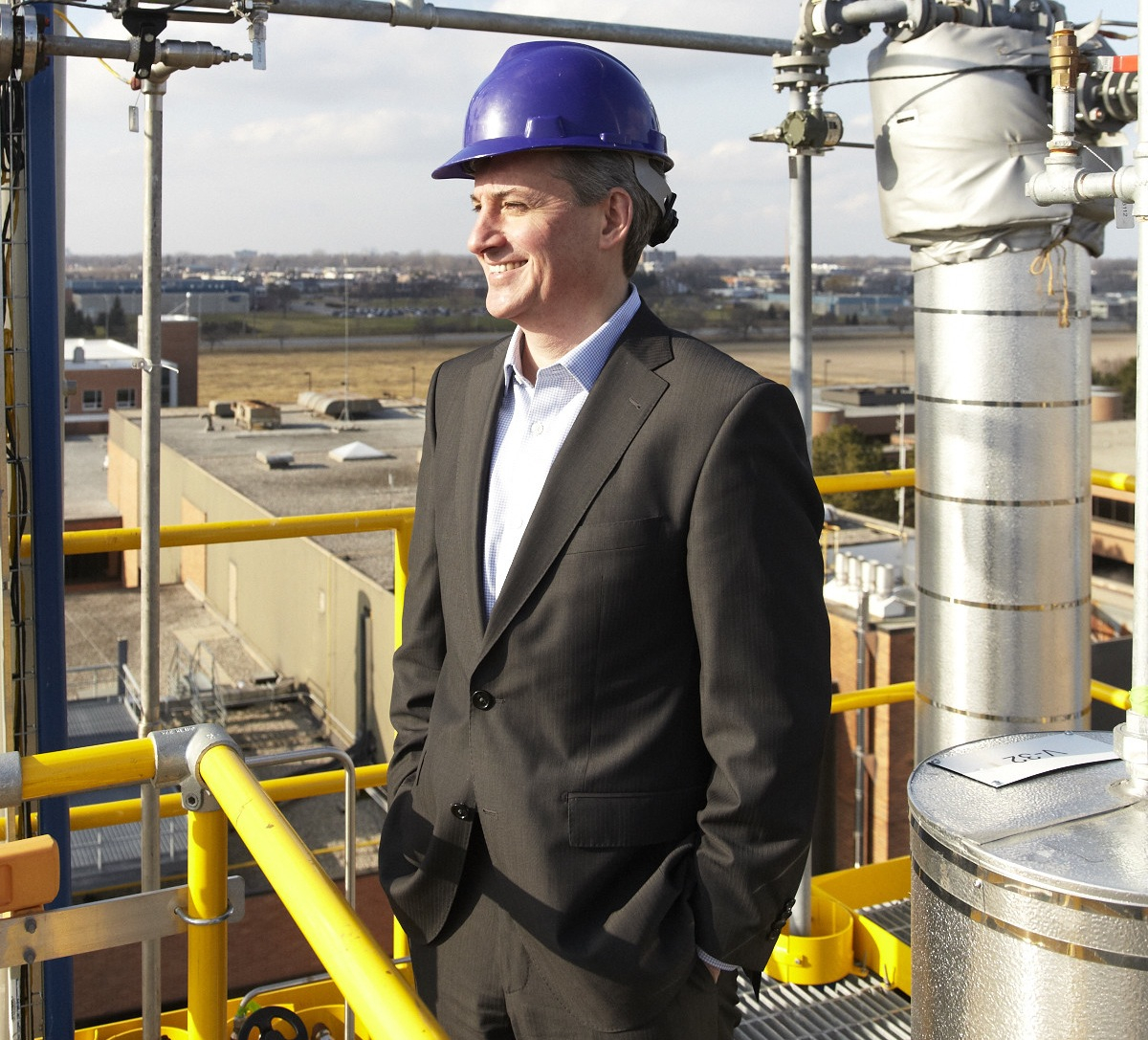 Ever since the 1970s, when the Club of Rome warned of strict limits to economic growth, environmental debate has focused on innovation versus scarcity. On one side, techno-optimists believe innovation can push through any limit — when one thing gets scarce, we’ll replace it with something else. On the other, eco-pessimists point to the unforgiving math of a growing economy (and population) in a finite world — you can’t innovate around the laws of nature.

We’ve all got a stake in this fight. Who’s your favourite: Bulls or the Bear?

The Bulls are showing strength. Led by a shining solar sector, clean energy is no longer an outlier. Global investment topped $250 billion for the past couple of years, despite a huge drop in the cost of solar panels. Venture capital for startups was $4 billion. The big solar companies are up over 800 per cent since their drop in 2008. Clean energy has arrived, is scaling quickly, and Canadian companies are fighting for market share.

Solar hit an inflection point in 2008. Since then, panels have dropped four-fifths in price. High-profile casualties, like Solyndra, point to a maturing industry: consolidations bring economies of scale. Subsidies seeded the industry, but now solar often competes on its own - the training wheels are coming off! New installs hit 45 gigawatts in 2014, and is expected to grow again in 2015 (a gigawatt – GW — is like a large nuclear or coal plant). Solar tends to double in installed capacity every year and a half.

Rooftop solar competes with the retail cost of electricity — it’s on a tear. Companies like Solar City systematize installation and aggregate assets, which brings debt and even lower costs. So much rooftop solar is going up that utilities must fight for profits while adapting to the technical challenge of altered demand curves. Large-scale solar farms must – and sometimes can — compete on wholesale costs. A recent court ruling established large-scale solar farms are a better deal for local utility Xcel Energy than new natural gas — in Minnesota! Even the oil-rich Middle East will be a $50B solar market by 2020, as governments spin down subsidized oil generators.

Today’s panels are commodities, future cost reductions will come from next-generation panels and the ‘balance’ of system — inverters, wires and racking. Watch for Kingston’s Sparq Systems on rooftops. Their micro-inverter is smarter and cheaper than market leader Enphase (ENPH) — and they’ve eliminated electrolytic capacitors, the Achilles’ heel of reliability. And Toronto’s Morgan Solar is set to make grid-scale solar competitive with coal for the first time, as they hit the market with their much-anticipated, highly-efficient solar optic and low-cost tracker.

But the sun doesn’t always shine, nor the wind blow. Energy storage eliminates intermittency, and is set to explode. Early movers — Germany, Ontario, and California — are creating initial demand for a market expected to reach 6 gigawatts annually by 2015. Canadians to watch include: Temporal Power’s flywheels eliminate fluctuations for fine control. Hydrogenics (HYGS) can turn excess wind into natural gas equivalent, Sustainable Energy (STG.V) has panels talk with batteries; and eCamion’s portable lithium battery packs can storage where it’s needed most.

There are countless other Canadians to note. The LED lighting market grows as costs plummet, and Ontario’s Polar Sapphire is the lowest cost producer high-purity alumina, a key input. Next-generation cellulosic is finally showing promise: INEOS and Beta Renewables both now operate commercial plants. Sarnia’s Woodland Biofuels is next up — they make ethanol from wood and agricultural waste cheaper than the gasoline it replaces.

Even politics favours the Bulls. Obama got serious, regulating US coal plants and auto efficiencies. Quebec, Alberta and B.C. joined US states like California, Oregon and Washington to price carbon. South Korea and China are doing the same. Pipeline politics remain hot. It’s too soon to tell who’ll win the surreal fight between rocker Neil Young and Harper, but one thing’s for sure: the social license to keep building fossil fuel infrastructure is under legitimate and sustained attack.

The Bulls looks strong. What are they up against?

The Climate Bear is waking up

Global warming’s less than 0.9C and the Climate Bear’s already growling. Opening shots typical of this fight — severe droughts like those across California and much of the US; violent changes in rainfall like those which flooded Calgary and Toronto; the horrific typhoon in the Philippines; a rapidly melting Arctic - are taking their toll. That’s nothing compared to what that Bear has in store.

We spend five trillion on fossil fuels every year, including direct subsidies of $600 billion. ExxonMobil and BP’s own projections — which optimistically assume “governments will continue to gradually adopt a wide variety of more stringent policies to help stem GHG emissions” — have us shooting well past 4C. The World Banks calls that ‘devastating’ — and all governments have agreed 2C is the safe limit. Realistically, business as usual brings at least four to six degrees Celsius of warming. That’s just not something our global economy and shared civic structures can survive.

Think of added heat as energy: we’re adding the equivalent of 400,000 Hiroshima atomic bombs per day to the atmosphere, 365 days a year. That’s an awful lot of energy the Climate Bear can use to wreck havoc.

It’s not enough for clean energy to beat fossil fuels on price or performance. As Vaclav Smil points out, it takes nearly a century for new, better energy sources to replace the old. That’s the nature of infrastructure. As carbon levels shoot past 400 ppm, a more appropriate question is: can the Cleantech Bulls step up fast enough to wrestle down the Climate Bear? That depends on how hard we try.

The Bulls have muscle, but market forces are not enough to win the fight. UN climate chief Christiana Figueres estimates we need to triple clean energy spending to stop the Bear anywhere near 2C. Aggressive market making starts with a price on carbon, then accelerate capital flows with gov’t backed Green Bonds, aggressive mandatory targets, elimination of regulatory barriers and, and market pull from militaries and governments.

Put another way: to stop warming near 2C, we must leave three-quarters of fossil fuel reserves in the ground as stranded assets. Unburnable reserves mean traditional energy stocks are way over-valued — that’s the ‘carbon bubble’. We might engineer a soft landing. Convert traditional energy companies to income trusts with known cash flows and depletion rates. Use money earmarked for exploration (for more unburnable reserves) to buy back shares and shrink the exposed asset base.

As an investment class, Cleantech Bulls clearly face a rapidly growing global market, regardless of whether we feed them the steroids they need to battle the Climate Bear. What keeps me up at night is not the health of the Bulls, but the strength of the Bear.