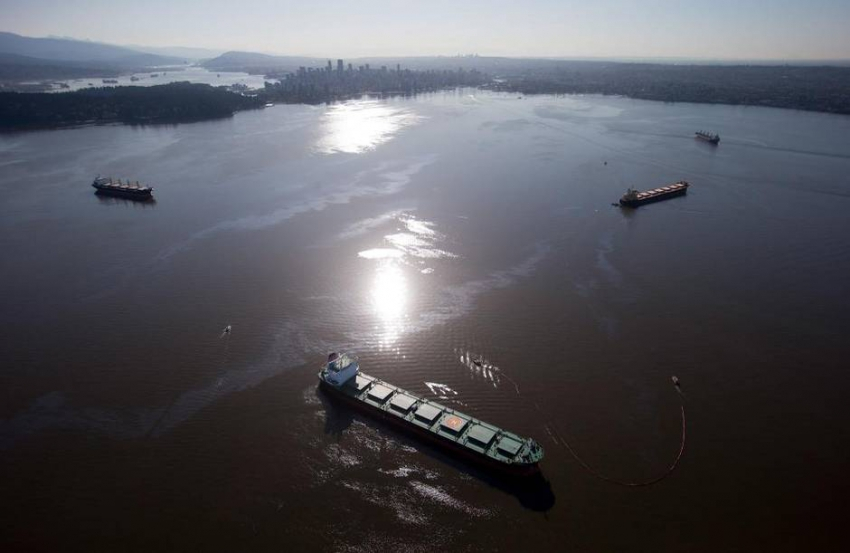 The chairman of the National Energy Board says the regulator has been "too conservative" in demanding information from oil pipeline companies and is moving to bolster disaster cleanup plan requirements.

But Peter Watson contends that issues such as climate change remain outside his agency’s mandate — a situation that can’t be changed without federal legislation.

Watson said the energy board will open a new round of public consultations on the specific emergency response information it should request of pipeline companies.

"To tell you the truth, I haven’t really been happy about it," he said Monday in a speech to the Vancouver Board of Trade.

"The amount of emergency response information that the companies or the NEB is sharing has got to increase."

The invitation for public input comes just weeks after Vancouver’s harbour was fouled by 2,700 litres of bunker fuel. The accidental leak from a grain ship highlighted gaps in cleanup response.

Watson got an earful on Friday from Vancouver−area mayors who lambasted the board for pipeline spill−response procedures.

He outlined the proposed new measures for shoring up confidence in the regulator as part of an unprecedented, cross−Canada speaking tour aimed at convincing the public it’s devoted to public safety. The consultation period closes June 25.

Once input has been gathered, the energy board is to revise its standards for what details must be handed over by companies about their emergency response plans. The NEB will decide what data to make public and what to keep confidential, Watson said.

He noted the energy board has found itself "struggling" under increased scrutiny, such as a skyrocketing of requests for intervener status during hearings into proposed pipeline construction.

For example, more than 2,000 participants applied to intervene in Kinder Morgan’s Trans Mountain review. More than 450 were denied.

The tour is not about fixing the energy board’s image problems, but instead reflects times in which all government bodies are being held to higher expectations, Watson said.

He said that contentious issues such as carbon emissions are beyond the board’s jurisdiction.

"I believe we have just got to continue to do our job and deliver on the mandate that Parliament has given us," he said. "As that policy gets clearer and Parliament makes decisions on that, we will respond to what their wishes are."

He said he doubts the consultation will lead to tangible change, citing a ruling already made by the energy board that it won’t make Kinder Morgan’s emergency response plan public.

"More information is better, of course, but it’s not going to reduce the risk of a spill in any way."

The Canadian Energy Pipeline Association has said it recognizes the importance of transparency in emergency response plans. The group is now developing a common approach to public disclosure to be released later this spring.