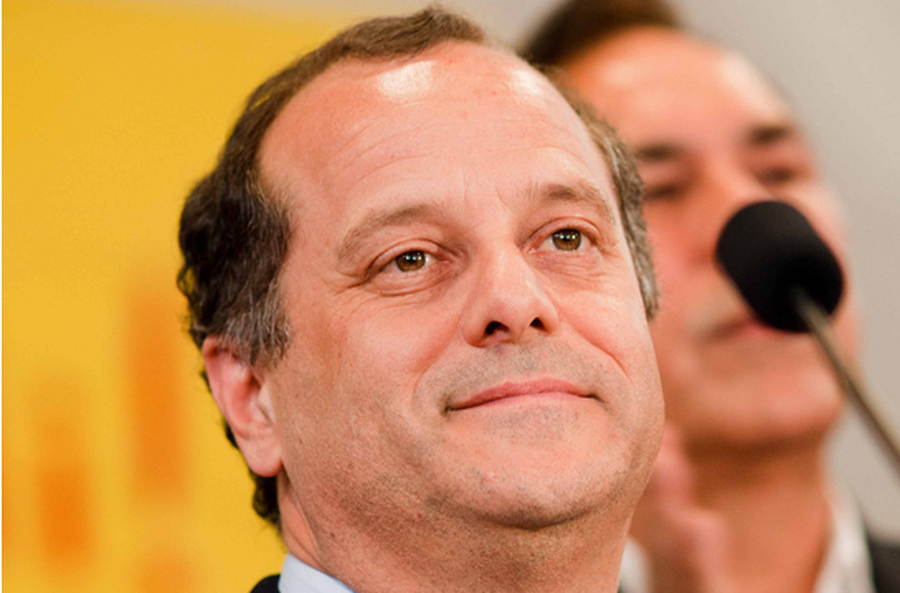 Alberta NDP premier-designate Rachel Notley’s selection of Brian Topp as one of her closest executives is signaling to some that Alberta’s energy and environmental future is about to undergo a major change.

The one-time federal NDP leadership contender and recent election-war-room general for the Alberta NDP will become Notley’s chief of staff. In the past, Topp has proposed strident policy shifts for Alberta’s energy sector.

In a 2012 speech to the Economic Club of Canada, Topp called for a "much more orderly and considered pace" of oil sands development, a transition fund to shift the Western Canada away from the raw export of bitumen, and firmer carbon pricing to rein in global warming emissions.

“I believe we need to establish a hard cap on carbon emissions, and mean it,” said Topp, at the time.

He's also called for a "lifecycle environmental cost accounting of resource development” and a review of energy royalties. Finally, Topp has been a sharp critic of the foreign ownership of the oil sands, saying: "Canada has no energy strategy, no industrial strategy, and no trade strategy other than to invite countries that do have these policies to come and help themselves to our raw, unprocessed resources, to the benefit of themselves,” Topp wrote in an op-ed for the Globe and Mail.

“We have constructed an economy increasingly dependent on the export of raw unprocessed resources,” he added.

On the other hand, environmentalists applauded the NDP's move. A new online petition urges Premier Notley to be "Canada’s newest climate hero” and asks her to close coal plants, tax oil companies "at a rate that more than offsets their destruction," and invest heavily in clean energy.

Notley has rejected Enbridge’s Northern Gateway as “not the right decision,” saying there is "too much environmental sensitivity there” and "a genuine concern by the Indigenous communities.” She also mused about boosting refining of Alberta oil, instead of just exporting raw bitumen.

So what’s likely to happen?

University of Calgary political studies professor Barry Cooper said Brian Topp is ultimately not the decision-maker — his boss Notley is.

“He will probably do what he’s told. He has experience in government, and not many in this [new] government have,” said Cooper on Thursday.

The professor added that the NDP's latest musings about rebuilding refining capacity in Alberta —as an alternative to the raw export of bitumen —is a very old, very studied and "very stupid" idea.

“[But] no provincial government is going to squander billions of dollars [on building refining capacity.] It’s too expensive, and it’s uneconomic."

Mount Royal University policy studies professor Lori Williams said Calgary does not expect radical shifts from Premier Notley, but gradual ones in close collaboration with the oil industry and Albertans.

“[The premier] knows [the oil sector] is the engine of the Alberta economy, and much of the Canadian economy. And she’s going to be moving very carefully,” Williams said Thursday.

“On the positive side, [her government will] look seriously at the criticisms of the oil sands. So I think a carbon tax or cap and trade will be brought forward… which might actually be good for the reputation of Alberta oil."

He was brought in to help with the B.C. NDP's election campaign in 2013 which was a spectacular disaster for the party. The Liberal Clark government resumed power and Topp admitted to making strategic errors. Analysts said the NDP's mid-election policy shift to oppose the Kinder Morgan Trans Mountain pipeline cost them votes.

But last week's Alberta election ended 44 years of Progressive Conservative rule, and catapulted the NDP from obscurity to a 53-seat majority in the legislature.

New Democrats are waiting for the final vote recount before they can be sworn in as the new government and the premier can announce her new cabinet.