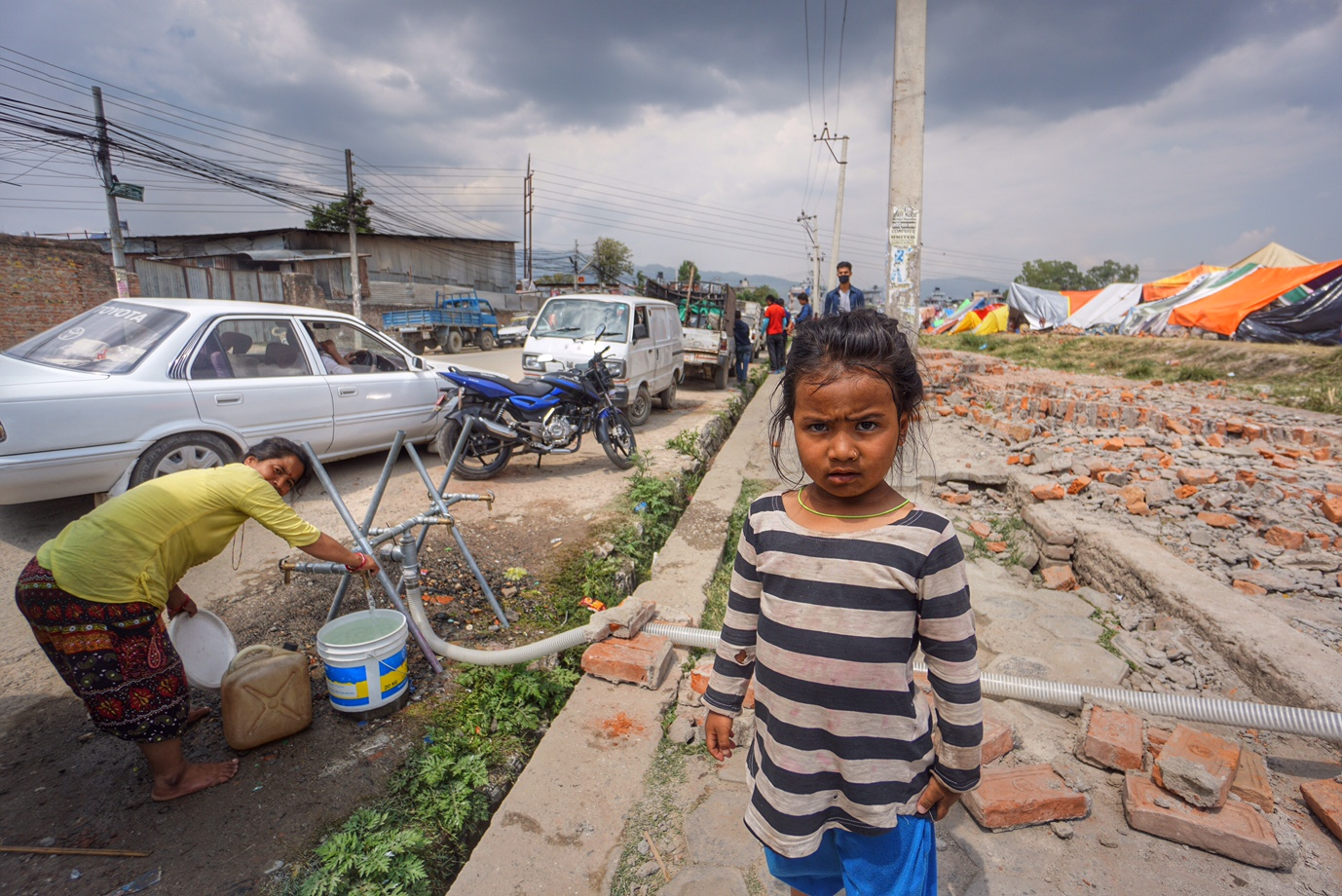 Sonam Doka Sherpa and her husband Karma, run a local Nepali development NGO, The Small World, that builds schools, hostels for girls, toilet construction and numerous empowerment programs for women throughout the SoluKhumbu district of rural Nepal. They also run an innovative home for orphaned girls, The Himalayan Hope Home, outside of Kathmandu.

Nepal's citizens are struggling to cope with the situation brought on by the earthquake and the numerous aftershocks that are still shaking Nepal. The quakes of April 25 and May 12 have already killed more than 8,500 people and injured around 20,000. More than one million people are homeless.

Among the identified deaths, around 57 per cent are women, according to news published to date (the final data is yet to come).

The stories I have heard firsthand—during relief distribution of food and shelter into some of worst-impacted areas— back up the early statistics showing higher numbers of women victims. This can be partially attributed to the fact that many women were working at home performing daily chores and were inside when the earthquakes struck.

Due to poor conditions in camps and temporary shelters, girls and women—particularly those who lose their families— are now at increased threat of rape, abuse and trafficking. The camps and temporary shelters lack privacy, proper lighting, and police or security patrol. Poor sanitation means not only disease risks, but having to defecate in the open, and overcrowded tents are flimsy and easily invaded. Due to these and other factors, women are significantly more vulnerable than they were before the earthquakes.

According to Unicef, approximately 50,000 Nepalese girls and women work in restaurants, dance bars and massage parlors in Kathmandu and around one-third of them are sexually exploited in these jobs. After the April 25 earthquake, five rapes were reported in Kavre district, an earthquake-affected district.

These acts of sexual violence are only the beginning. Traffickers in Nepal are now capitalizing on the trauma and dislocation of earthquake-affected women and girls. In Nepal annually, 7,000 women and girls are trafficked to India alone for prostitution and forced labor, and most of them end up as sex workers in brothels in Mumbai. (In India 200,000 Nepali women and girls are working in Indian brothels.)

With the recent earthquakes, these numbers will only rise. There are no schools for girls to attend and they are among the hundreds of thousands of people desperate for food, shelter and means of income.

This scenario has been seen before in other countries. The UN's post-earthquake survey in Haiti, eighteen months afterwards, revealed that sexual abuse and exploitation increased as women couldn’t obtain basic needs to survive. Similar cases have been seen in many countries and regions such as the Philippines after the 1990 and 2013 earthquakes and Southeast Asia after the 2004 tsunami.

This adds to an already disturbing norm in natural disasters: according to The Girl Effect, a coalition dedicated to ending poverty for girls and young women, girls have higher mortality rates, because families are less likely to seek medical attention for them.

There is an urgent need to address this issue with active solutions needing our attention:

Our organization, The Small World, runs a home for 25 orphaned and displaced girls where we try to protect girls from the risk of psychological damage and keep them in positive spirits. At the home we are attempting to provide school lessons until the government school system starts back up and is running.

Our older girls are now teaching the younger girls and sharing family love as a sisterhood, and continuing their previous schedule of activities as much as possible with minimal changes. They attend regular dance classes and club activities.

These girls are the lucky ones as they have a loving, supportive and safe environment. What about the thousands of women and girls without this support—and now with the monsoon season bearing down what is to become of them over the coming weeks and months?

Please be generous. Nepal needs our help more than ever. Donate to these organizations who are doing work in underserved areas of Nepal.