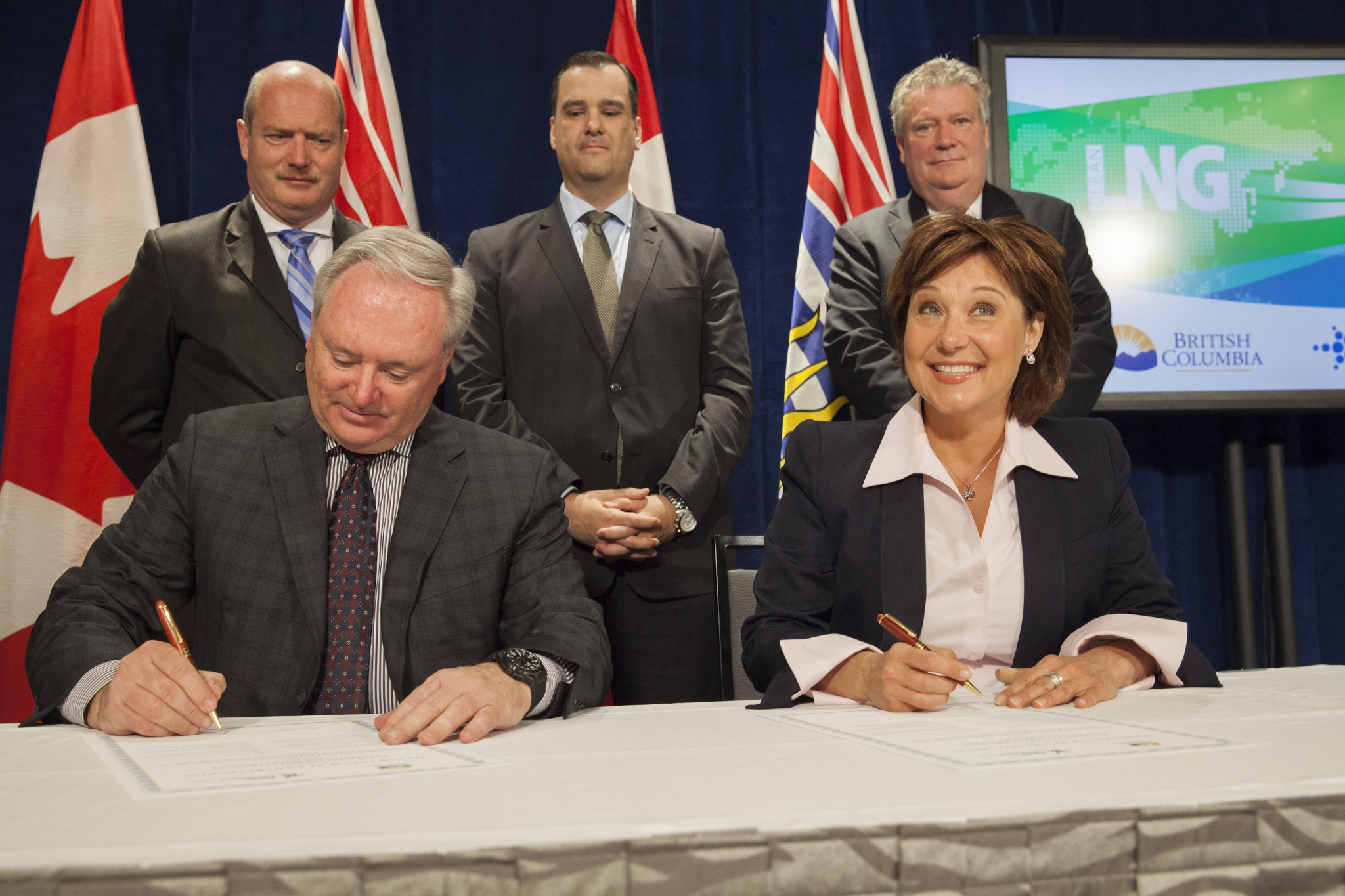 VICTORIA — Premier Christy Clark says she is confident, as the legislature adjourns, that two huge projects with the potential to forge British Columbia's future for generations have taken major steps forward.

Clark singled out the progress on BC Hydro's $9-billion Site C hydroelectric dam and the proposed $36-billion, Petronas-backed liquefied natural gas plant as the government's top accomplishments in the spring session.

The B.C. legislature, which has been in session since February, adjourns Thursday after passing a balanced budget and debating, amending and adopting at least two dozen laws, including liquor, worker and education legislation.

"If I wanted to look back on the last few months (Petronas) would be the biggest thing we've accomplished, along with the work we've done on Site C," Clark told reporters in Victoria.

"That is a massive public investment in infrastructure that is going to create thousands of jobs for people and long-term, low-cost, reliable clean power for generations of the province," she said. "Those are big accomplishments that I think people will look back at over the decades ... and say those things really mattered."

BC Hydro and the B.C. and Yukon Territory Building Construction Trades Council announced a jobs agreement on Wednesday that will see union and non-union workers at the dam.

Site C will flood more than 5,500 hectares of land along the Peace River, create an 83-kilometre-long reservoir and provide enough power to light up 400,000 homes.

Last week, Clark and Malaysian energy giant Petronas signed an agreement that could lead to the construction of a multi-billion LNG plant at Lelu Island near Prince Rupert.

Clark said once Petronas-controlled Pacific NorthWest LNG secures project approval from its backers, she will recall the legislature to adopt legislation for the project, which would be the largest capital investment in B.C.'s history.

Government sources suggest the legislature could be recalled as early as this summer to deal with Petronas, which has yet to make a final investment decision on the proposed LNG plant.

There are currently at least 18 separate LNG project proposals in B.C. Clark has often said exporting LNG from B.C. to Asian markets represents a trillion-dollar economic opportunity that could create 100,000 jobs.

The New Democrats managed to rattle the Liberals in recent months, especially with questions about a Crown land sale in Metro Vancouver to a Liberal party donor at a greatly reduced price.

NDP house leader Mike Farnworth said taxpayers were "hosed" when the government sold about 150 hectares of property in Coquitlam for $85 million when the land was appraised at $128 million.