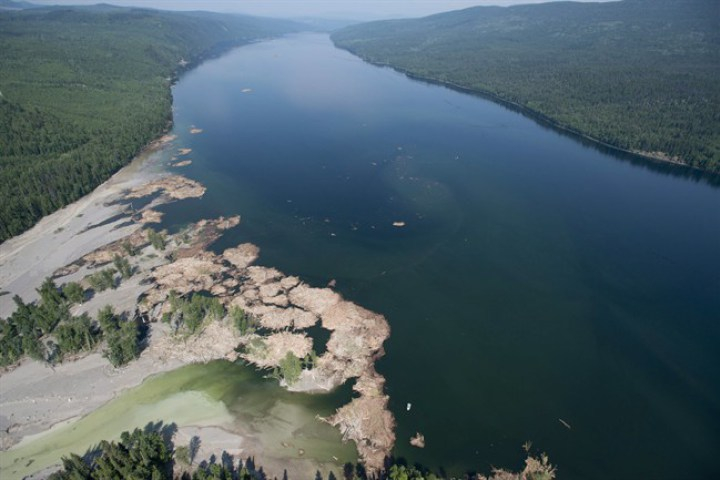 The North Vancouver-based B.C. First Nations Energy and Mining Council states in a 42-page report released today that mining operations threaten more than 230 northern aboriginal and non-aboriginal communities and even the drinking water of Prince George, Terrace and Smithers.

The report, Uncertainty Upstream: Potential Threats from Tailings Facility Failures in Northern British Columbia, states that 35 tailing ponds at 26 mines and in 48 watersheds could also impact 8,678 kilometres of fish-bearing waters.

He says the report calls for improved emergency measures, which should involve companies funding a response team.

"It is now time for us to talk about a super fund," he says.

"Any mining company that operates in B.C. should be required to post funding contributions to the establishment of a super fund, and the purpose of that fund would be able to resource an emergency response once a catastrophe like this happens."

He says the fund should be more than $200 million.

Porter also says the report is not anti-mining.

"Absolutely not," he says. "That's not the position of our organization. We're not saying, 'No,' to mining. What we're saying is we've got to mine better."

In fact, the mining council states the report should serve as a resource to help communities understand the risks associated with tailings dams.

"It is not intended to imply that all of the tailings facilities analyzed will at some point fail, rather, it is meant to provide a comprehensive summary of potential threats from future tailings facility failures in northern B.C.," the report states.

An independent, government-ordered report concluded earlier this year that the spill of 24 million cubic metres of silt and water into nearby lakes and rivers from Imperial Metals Corp.'s (TSX:III) Mount Polley open-pit, copper-and-gold mine was caused by an inadequately designed dam.

The report found the dam didn’t account for drainage and erosion failures associated with glacial till beneath the pond.

Al Hoffman, B.C.'s chief inspector of mines, says in a statement the government is committed to implementing the recommendations of the independent panel report into the disaster.

He says he has already required B.C.'s operating mines to provide letters by June 30 that confirm the structure of their tailings ponds, including understanding of their strength.