By Prakash Dangol | News | June 8th 2015
#7 of 9 articles from the Special Report: After the Nepal Earthquake 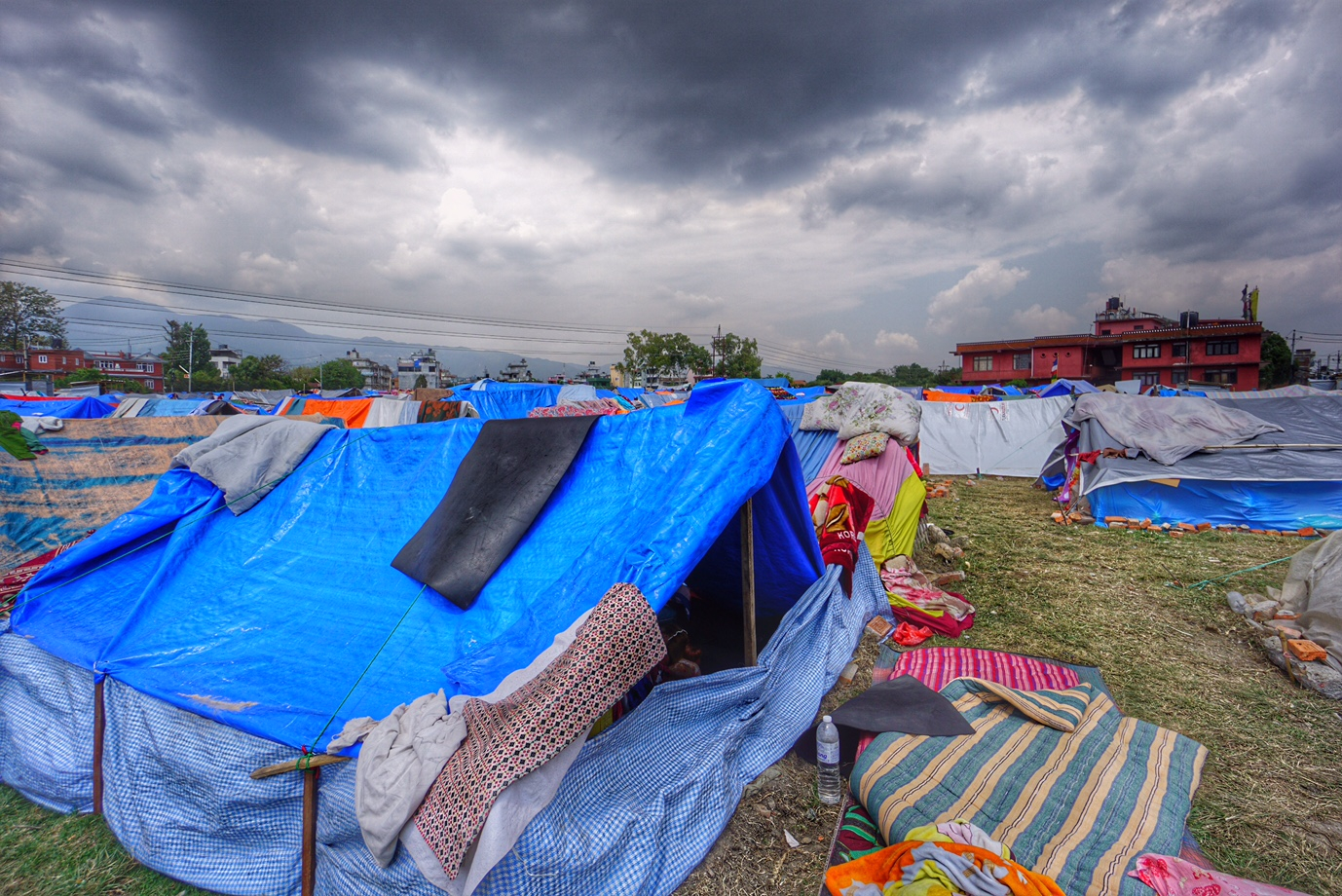 Since April 25, 2015 major earthquakes have killed 8,635 and injured 21,845 people in Nepal. The quakes have left people living in rural mountainous villages without shelter, food, medical help, or clean water. They have destroyed tens of thousands of buildings and left hundreds of thousands homeless.

Now, heavy storms are adding to the suffering.

While the death and injury tolls continue to rise, residents of rural areas are cut off from the rest of the world, as the road networks connecting to Kathmandu are being blocked from landslides and are poorly maintained. Government efforts to get heavy machinery to mountain villages have already been delayed from heavy storms.

Before the monsoon season officially begins, geologists are being sent to earthquake-damaged rural villages to assess landslide risks. Checking the surrounding soil, they will determine which villages are in need of relocation.

In northern Beni Bazaar, a landslide in the area created a dam and formed a new lake two kilometres long on the Kaligandaki River, causing further devastation. Those living on the banks of the river are being moved to higher ground to protect them in case of flooding.

While the government is attempting to distribute money to victims in order to buy aluminum sheets to build temporary shelter, the effort has been too slow as the monsoon season looms. Secure shelter must be established immediately if people are to survive the storms to come.

Initially, relief efforts were aimed at providing shelter like tarpaulins, blankets, and mosquito nets to give displaced people somewhere to sleep. However, a long term plan is needed if the people are to avoid epidemics like dysentery, typhoid, or cholera. An outbreak of an epidemic at this point would be catastrophic.

Over a month after the initial earthquake there are still over 500,000 Nepali citizens living without a roof above their heads.

Most organizations are now working on a project that aims to build shelter out of aluminum sheets for those in dire need. Many shelters have already been distributed with success to families across Nepal, but far more are required. Providing room for five family members, each shelter lasts a minimum of two years. The shelter takes the appearance of a house, has windows and ventilation, and in all four corners residents can stand up. All these factors come together to provide a livable space that people will want to stay in. The shelters withstood the heavy storm on May 23, providing reassurance that this is a viable plan. Each shelter costs Rs. 23,000, which is roughly USD$230.

These shelters are the answer to Nepal’s current most pressing issue.