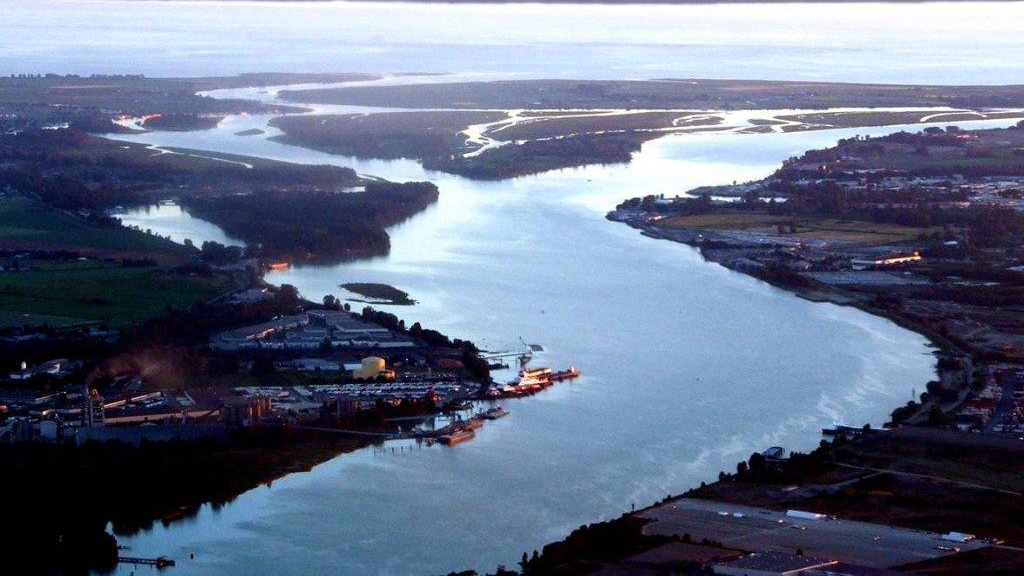 'This is all going to impact one of the world's greatest salmon rivers in probably its most sensitive part,' says MP and fisheries and oceans critic Fin Donnelly.

The provincial government has asked the federal Canadian Environmental Assessment Agency to stay out of the environmental review process of a controversial jetty that could bring in more than 120 liquefied natural gas tankers up the Fraser River.

CEAA has until July 6 to make a decision on whether it will be involved.

If the substitution is approved, the B.C. environmental assessment office would conduct a single process that meets both federal and provincial requirements. The B.C. and federal governments would then make separate decisions on whether to approve the project.

For MP and fisheries and oceans critic Fin Donnelly, the letter raises alarm bells. He says the risks associated with the project call for federal involvement in the evaluation process.

“When you're looking at the impacts for the Fraser River, when you have an LNG proposal of this magnitude...this is all going to impact one of the world's greatest salmon rivers in probably its most sensitive part,” he told the Vancouver Observer. “I think we need a federal presence when it comes to looking after our wild salmon.”

Jardine's letter was sent a week after the National Energy Board of Canada granted an American company, WesPac Midstream, a licence to export up to 4.76 billion cubic meters of LNG a year from its new project. In order to export the LNG, WesPac is proposing to build a marine jetty in Tilbury Island along the South Arm of the Fraser River.

WesPac's application doesn't state whether the LNG would go to Asian or U.S. markets.

According to experts, environmental activists and Indigenous groups, the project can have serious impacts on the Fraser River, its salmon population and the people who rely on the fish.

In an emailed statement, B.C’s Ministry of Environment defended the request for substitution by saying that it “reduces duplication and increases efficiencies for everyone involved … while maintaining a rigorous and thorough review process.”

For Kevin Washbrook, the director of Voters Taking Action of Climate Change, the substitution shouldn't be allowed because of the provincial government’s deep investment in LNG.

“I think any reasonable person who knows about B.C. politics would acknowledge that this government is completely invested in LNG exports and entirely biased in favour of them,” he said. “I don't think anybody should have confidence that the provincial government will do an objective review of the risks of this project.”

The CEAA sent a public notice on May 22 asking for comments on the project and its potential environmental effects, and also on whether it should allow the provincial government to take over the environmental assessment.

Voters Taking Action on Climate Change has found that the email address provided by the CEAA in its online public notice was not working correctly. When clicking on the link, the notice changed the address from “[email protected]” to “CEAA.TilburyJetty-Jeté[email protected]” The presence of the character ”é” in the word "Jetee" made the address invalid. Users who copied the address from the news release and pasted it onto their email clients instead of clicking on it should have had no problem contacting the federal agency.

The issue was only corrected today, according to Washbrook.

“The fact that CEAA didn't deal with this for 19 days doesn't speak well about the government's concern about meaningful public input to this process,” he said in an email statement.

The Vancouver Observer contacted the CEAA to inquire about the email problem, but didn't receive an answer before the publication of this story. In a previous email statement, the agency said that up until last Friday they had received 200 comments on the marine jetty project.

The CEAA recently announced on Twitter that the technical issue has been fixed and that they have extended the public comment period — which was supposed to end tomorrow — until June 24.