The fossil fuel party is over — so what's the good news? 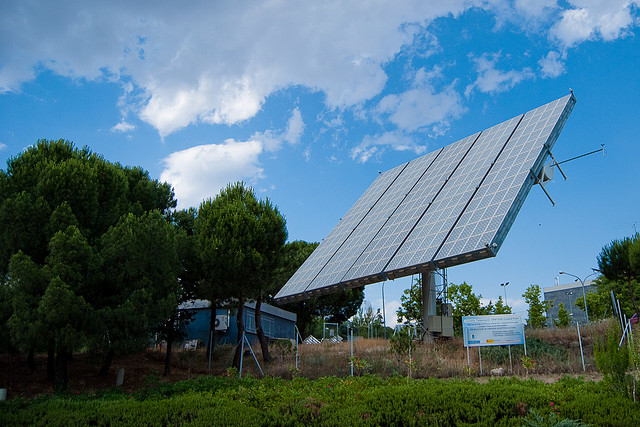 The fossil fuel party has been great. Plentiful, low-cost hydrocarbons pulled us humans out of the muck and into the 21st century.

And for many of us, life is grand. We fly on vacation, drink wine from Australia, and watch cheap, Chinese-made TVs— in homes that are warm in winter and cool in summer.

Fossil fuels make it all possible. But they also have been instrumental in current rates of global warming, in which we are adding four Hiroshima bombs of heat to the atmosphere every second.

No one in the developed countries who benefits from this state of affairs wants the party to end — but end it must.

The best parties have the worst hangovers, and 4°-6°C of warming planet-wide is a doozy: deathly tropical temperatures, the melting of the Greenland and Antarctic ice sheets, and devastating sea-level rise among many other impacts.

The good news is we can have much of what we now take for granted, but also kick the fossil fuel habit.

The capital we need sits in our pension funds. We’ve identified the policy tools that unlock it and the barriers to action. What about clean energy — is it ready to step up to the job?

We have the technology for change

Clean energy is becoming increasingly competitive, even without a price on carbon. Solar, in particular, hit an inflection point in 2008. Since then, panels have dropped four-fifths in price.

High-profile casualties, like Solyndra, point to a maturing industry: consolidations bring economies of scale. Targeted public support seeded the industry—as it did for any other industry of consequence, from fossil fuels to aerospace to the Internet—but now solar often competes on its own. The training wheels are coming off!

More than 40 gigawatts (GW) were installed globally in 2014. (A gigawatt is equivalent to the output of a large nuclear or coal plant.)

Canada’s emerging leaders across the clean energy spectrum are ready to play big. Morgan Solar will produce solar energy for less than 5c/kwh in the oil-rich Mideast. Woodland Biofuels can produce renewable transport fuel from wood and agricultural waste for less than the gasoline it replaces.

And Hydrostor’s grid-scale energy storage makes renewable energy robust and reliable. Diesel generation can’t compete with the combination of Hydrostor and wind or solar. There are many others, from LED lighting to power electronics, from sensors to geothermal drilling technology.

Hundreds of billions of dollars a year are pouring into clean energy projects around the world. Clearly, the sector is taking off— and Canada would do well to move aggressively to get a piece of the action.

But it’s just not enough for clean energy to compete on price or performance. As Vaclav Smil points out, it takes nearly a century for new, better energy sources to replace the old — even if they are better and cheaper.

That’s the nature of infrastructure. As carbon levels shoot past 400 ppm, a more appropriate question is: can clean energy step up fast enough to avoid the worst of our carbon hangover?

That depends on how hard we try.

Put another way: to stop warming near 2°C, we must leave three-quarters of fossil fuel reserves in the ground as stranded assets. Unburnable reserves mean traditional energy stocks are way over-valued.

That’s the ‘carbon bubble’ you’re hearing so much about.

We might engineer a soft landing: convert traditional energy companies to income trusts with known cash flows and depletion rates. Use money earmarked for exploration (for more unburnable reserves!) to buy back shares, shrink the exposed asset base — or best of all — develop these new low-carbon assets.

Business as usual is too high a price to pay

A lot depends on the big energy incumbents. ‘Us’ and ‘them’ doesn’t work anymore. It’s just ‘us.’

The last stand of the climate critic is cost. It’s sometimes claimed that accelerating clean energy beyond what the market will do on its own comes with a price that’s too high to pay.

It’s true that hitting the International Energy Agency’s most aggressive climate plan – the 450 Scenario, where we limit carbon counts to 450 ppm – will cost trillions.

But business-as-usual also costs trillions. Fossil fuels aren’t free. If you add up the extra costs that come with the climate insurance of the 450 Scenario, it comes out to the price of a coffee and donut a week, per person.

We live in a time of unprecedented global wealth, innovation, manufacturing capacity and engineering might. We stand on the precipice of a clean energy future, powered by renewables, and built with the sustained economic stimulus of energy efficiency and security.

To choose that future, all we need to do is simply decide — as a global community — to unlock the strength of our shared modern industrial economy.