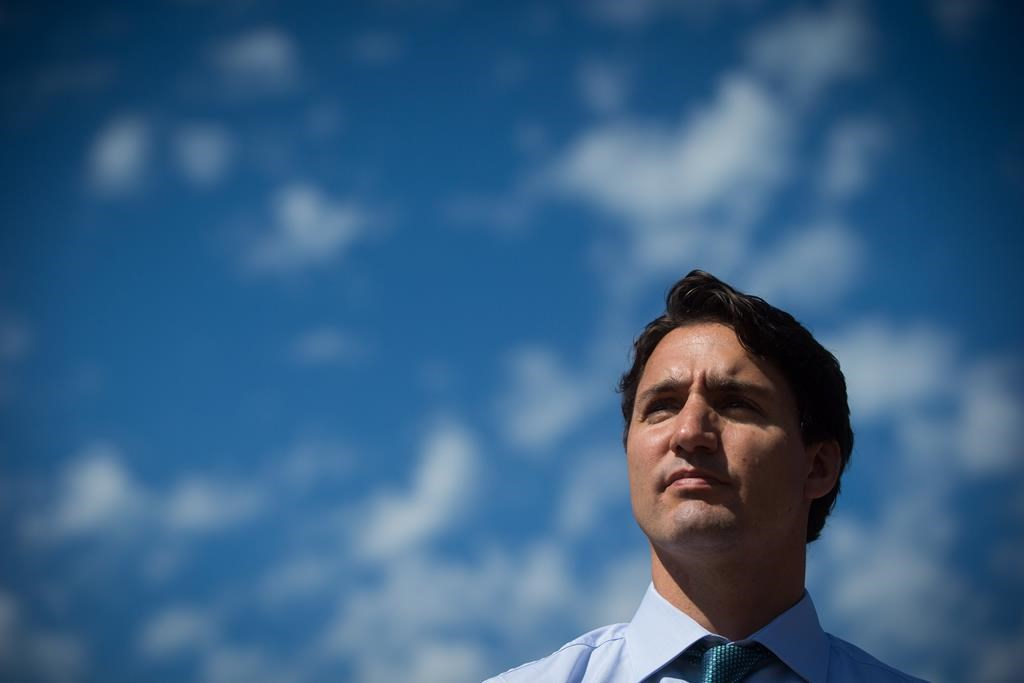 VANCOUVER — Liberal Leader Justin Trudeau has unveiled his environmental platform, saying he would work with the provinces to put a price on carbon pollution if he becomes Canada's next prime minister.

He told media in Vancouver that within 90 days of taking office, his government would map out a plan to reduce the country's collective carbon footprint.

Trudeau said Monday that he would invite all of Canada's premiers to join him at the United Nations Climate Change Conference in Paris at the end of this year.

"To clean up the mess in our own backyard, we'll put some teeth back into the environmental review process, the one gutted by (Prime Minister Stephen) Harper," he said by the ocean at Jericho Beach.

Trudeau said a fair review would require more consultation on projects which would increase tanker traffic in Vancouver's harbour.

He said his government would reopen the Kitsilano Coast Guard station next to English Bay, a promise that NDP Leader Tom Mulcair also made in April after a vessel dumped 2,700 litres of bunker fuel into the bay. It quickly spread to beaches along Stanley Park and North and West Vancouver.

The Canadian Coast Guard faced harsh criticism, with Mayor Gregor Robertson saying response time was too slow, with an oil-absorbing boom not secured around the ship until nearly 12 hours later.

Trudeau said Monday that the Liberals would increase the amount of protected marine and coastal areas to five per cent by 2017, and 10 per cent by 2020.

He promised that a Liberal government would cancel admission fees at national parks in 2017 to commemorate Canada's 150th anniversary.

For in-depth reactions and analysis to Trudeau's announcement - Click here.