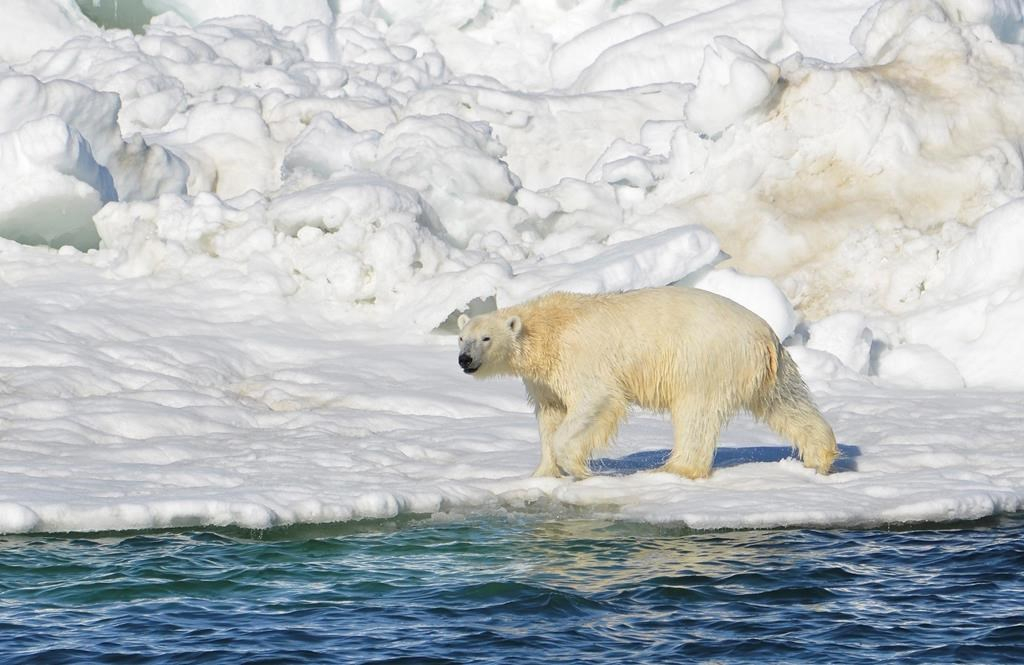 Polar bears are at risk of dying off if humans don't reverse the trend of global warming, a blunt U.S. government report filed Thursday said.

"The single most important step for polar bear conservation is decisive action to address Arctic warming," the U.S. Fish and Wildlife Service said in a draft recovery plan, part of the process after the agency listed the species as threatened in 2008.

"Short of action that effectively addresses the primary cause of diminishing sea ice, it is unlikely that polar bears will be recovered."

"In the meantime, the Fish and Wildlife Service and its partners are committed to doing everything within our control to give the bears a chance to survive while we await global action," she said during a teleconference Thursday.

Greenhouse gas emissions contribute to global warming, which is reducing the amount of summer sea ice in the Arctic. Polar bears use sea ice for feeding, mating and giving birth. The Office of Naval Research said the past eight years have had the eight lowest amounts of summer sea ice on record.

At an Arctic Council meeting in Canada this spring, the United States, Russia and other Arctic countries vowed to help combat climate change.

U.S. Secretary of State John Kerry said at the time nations needed to significantly reduce emissions of black carbon and methane, short-lived greenhouse gases that are particularly potent sources of the Arctic's warming. "These pollutants are a threat to everybody," Kerry said.

Igor Polyakov, a climate change expert and professor at the University of Alaska Fairbanks, said Friday there may be fluctuations of temperatures and Arctic sea ice cover over the next decade or two, but the long-term trend is for warmer temperatures, less ice and trouble for polar bears.

"The major players now in the game cannot agree on what to do," he said of efforts to reduce greenhouse gas emissions. "China and the United States, they have their own industrial interests, their own political interest, and there is no consensus in the global community of what to do and how to do it.

"And basically, this is a very expensive problem," Polyakov said.

Discussions will continue at a United Nations meeting on climate change in Paris in December.

The worldwide population of polar bears is estimated to be between 20,000 and 25,000 animals, and they live in five Arctic nations. Alaska is the only U.S. state with the iconic white bears.

Authorities with the U.S. Geological Survey, the scientific division of the Department of Interior, this week outlined two scenarios for polar bears through the end of the century: one in which greenhouse gas emissions stabilize, and the other in which they continue unabated.

The polar bear group that Alaska shares with Russia and Norway faces the first threat. This group makes up about a third of the world's population. Under either scenario, it could begin seeing global warming's ill effects as soon as 2025 because of the dramatic loss of sea ice in this part of the Arctic.

Other bears that make up population groups in Canada and Greenland would be affected about 25 years later.

The recovery plan identifies a "suite of high-priority actions to be taken in the near- and mid-term in the United States that will contribute to the survival of polar bears, so they are in a position to recover once Arctic warming has been abated," Kohout said.

Those goals include better management of not only subsistence harvests, but deadly interactions with humans, which could increase as people move farther north in the Arctic. They also include protecting the animals' dens from humans and minimizing the risk to polar bears from oil spills.

Written comments on the plan will be accepted through Aug. 20.