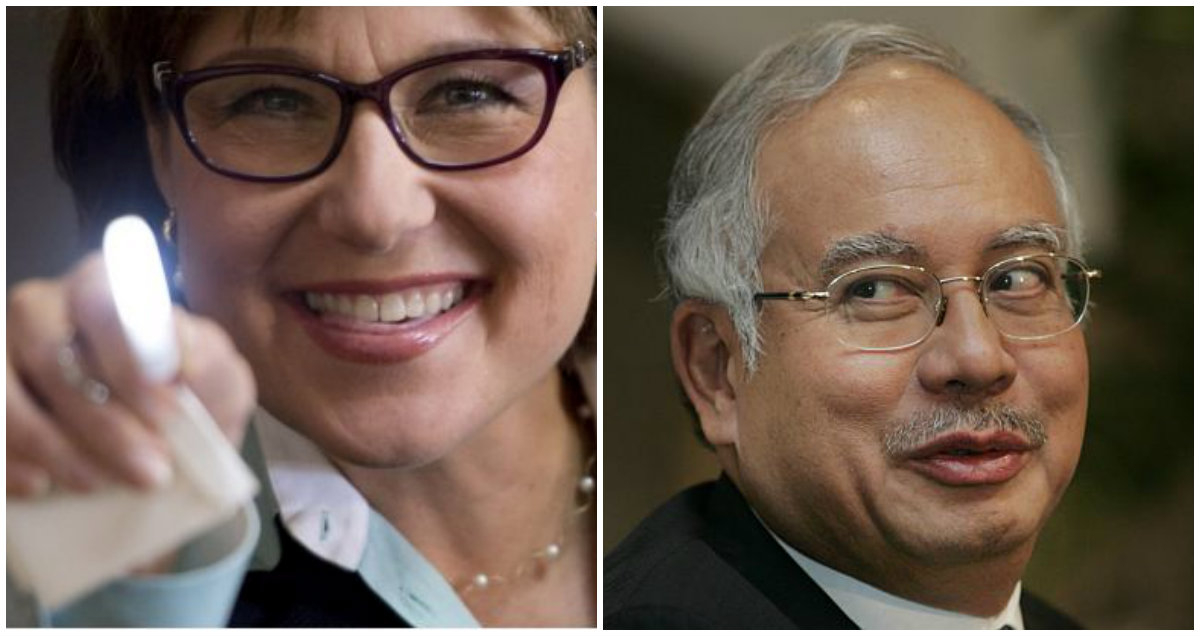 Christy Clark is recklessly planning on linking the next generation in BC to the Malaysian government, which in the last few days has headed into the worst financial and political scandal in its recent history – the latest in a long history of questionable government behaviour.

The B.C. legislature is now sitting, at Premier Clark’s behest, in a rare summer session whose sole purpose is passing legislation to facilitate a sweetheart financial deal with Petronas, the giant Malaysian oil and gas company. Petronas wants to build a massive plant to liquefy fracked gas on tiny Lelu Island in the center of prime salmon habitat at the mouth of the Skeena River.

Does Christy Clark care about this latest turn of events? Apparently not. She’s moving ahead with “the largest private investment in the province’s history,” specifically designed to give “investor certainty” to the scandal-ridden Malaysian government.

This latest money-making scheme is nothing new. The Malaysian government has done this before. To quote the Wall Street Journal:

“A government investment scheme is launched with grandiose promises of moving up the value chain and other economic jargon. Then the asset stripping begins. If the project goes reasonably well, the ruling party has an accomplishment to point to, with the high costs conveniently forgotten. If it fails, public money bails it out in some form, with the state-owned oil monopoly Petronas the ultimate backstop.”

BC Liberals must have known about this track record when they decided to engage in a massive deal with the company that backstops a corruption-plagued regime. They must have privately realized that the Razak government is not necessarily the best business partner to hand a contract that guarantees no changes in tariffs for 23 years.

The embattled Malaysian Prime Minister is currently involved in yet another scandal involving money: it has refused to release key documents to the Australian government outlining “improper dealings” related to printing Malaysian cash on polymer material.

Perhaps this Malaysia-Australia scandal has served as a model for Premier Clark? Australian Prime Minister Tony Abbott tried (ineffectively, it turned out, thanks to WikiLeaks) to hide the names of the leading Malaysian and other politicians involved in that particular scandal.

By this standard, it makes sense that Christy Clark scrupulously avoids comment on the Malaysian government’s history and potential for future fiscal disasters.

Far from giving British Columbians a safe and secure economic future, the B.C. Premier — intent on signing with Petronas as soon as possible — is simply propping up a corruption-plagued government whose primary source of rescue remedies is the $160 billion fossil fuel company, which contributes heavily to global warming.

With all the talk in investment circles of needing to leave most fossil fuel reserves in the ground, and a looming “carbon bubble,” Premier Christy Clark’s obsession with signing as soon as possible with Petronas looks more and more like reckless indifference towards major risks to British Columbia's future.

This deal should not go through.