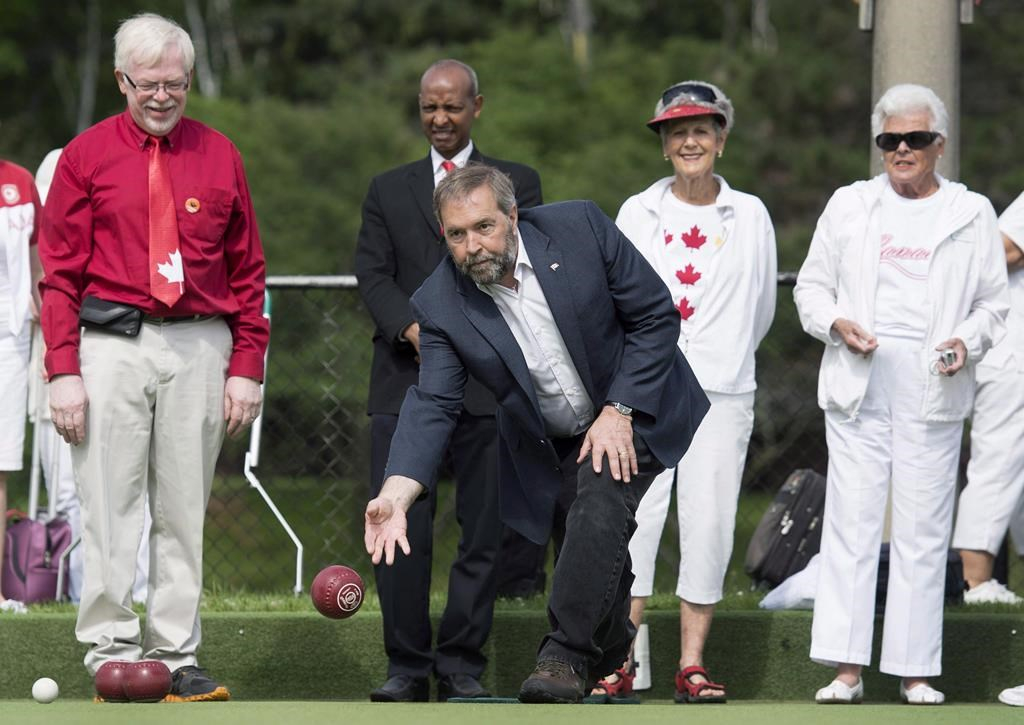 Tom Mulcair is jumping the starting gun for this fall's election, hitting the campaign trail this week in the crucial battleground of Ontario.

The NDP leader is launching an eight-day tour today designed to showcase his team, his policies and his party's momentum in the province.

Ontario accounts for more than one-third of 338 seats that will be up for grabs on Oct. 19.

The tour will heavily target ridings the NDP says it believes it can steal away from the ruling Conservatives.

There'll be no campaign plane or buses; but apart from that, the planned tour has all the appearance of a full-on election campaign: two events each day, rounds of local media interviews and daily media opportunities, capped almost every evening by partisan rallies.

"It's definitely an opportunity for us to stress-test our campaign and to make the case that there is a choice," says Anne McGrath, the NDP campaign director.

"What we're trying to tell people is ... if you want to make a change, we have the leader, the plan and the team."

Along the way, Mulcair will be talking up some of the policies he's been rolling out over the past year on child care, small business, agriculture, infrastructure and public transit.