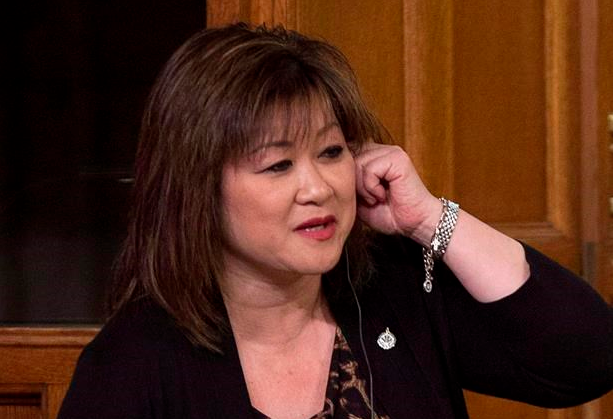 A Conservative MP is backtracking on her claim that Canada's spy agency knew there was a bomb on an Air India plane that exploded in flight three decades ago, killing 329 people.

In a late June speech at a Vancouver church, Tory MP Wai Young said the laws at the time prevented the Canadian Security Intelligence Service from telling the RCMP about the explosive device.

Young told the service at Harvest City Church that, as a result, the Mounties could not remove the bomb from Air India Flight 182 before it left Canada in June 1985. The plane blew apart off the coast of Ireland, claiming the lives of scores of Canadians.

Asked Tuesday if she stood by her remarks, Young at first sidestepped the question, saying the government passed the bill because the threat of jihadi terrorism is real.

"That is why this legislation is so important and necessary. I will continue to work with our government to ensure that Canadian communities are strengthened and protected."

But little more than a half-hour later, Young issued a statement saying she "misspoke with regards to the investigation of the Air India bombing" in her speech at the church service.

Young says she regrets the error.

A federal commission of inquiry into the Air India tragedy did not conclude in its June 2010 report that CSIS knew there was a bomb on the plane.

Rather, it said government agencies had significant pieces of information that, taken together, would have led a competent analyst to conclude that Flight 182 was at high risk of being bombed by known Sikh terrorists in June 1985.

Young presented a different version of events to churchgoers.

"CSIS knew, or heard, that there was a bomb on board this plane," Young said, adding that "strict laws" prevented agencies from sharing information at the time.

"I don't know if you guys know that. Because they couldn't share that information with the RCMP, the RCMP could not act to take that bomb off that plane," Young said.

In her June 30 speech, first reported by the leftist Press Progress blog, Young said the Conservatives were working "in the same vein" as Jesus by ushering in Bill C-51 and other criminal justice legislation. Jesus "served and acted to always do the right thing, not the most popular thing," she said.

Her comments unleashed a whirlwind of mockery on Twitter.

In the speech, Young also said she had stopped reading newspapers because "most of the facts in there are not factual."