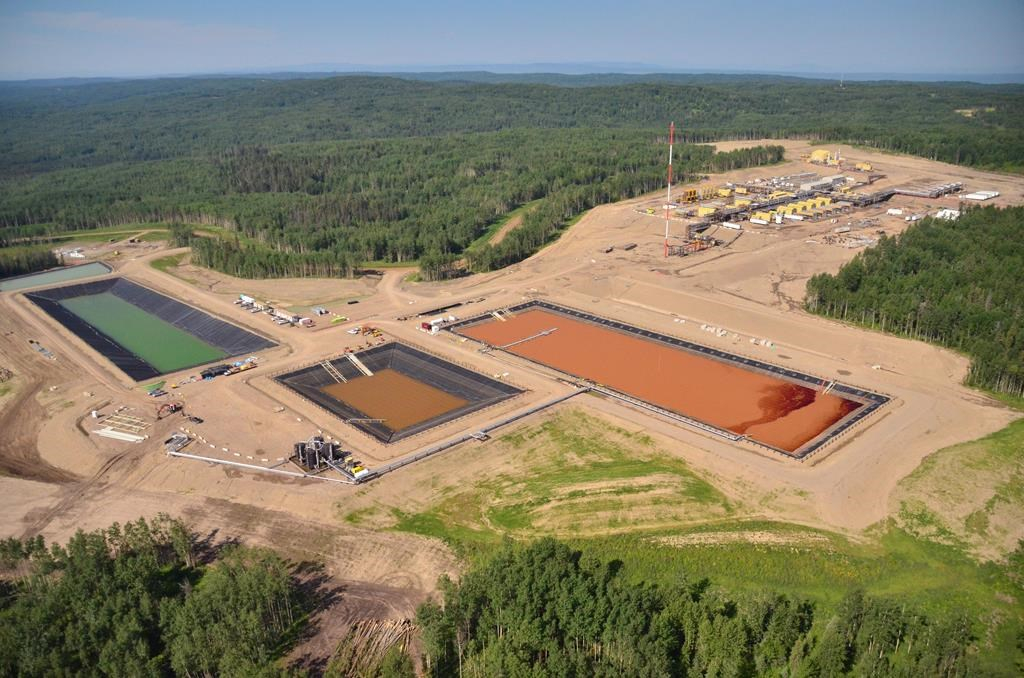 If the liquefied natural gas industry proceeds as the British Columbia government hopes, there could be five times as many fracking-caused earthquakes, warns one expert.

But the company that would provide gas to a major LNG terminal — the same company found responsible for a 4.4 magnitude tremor last year — claims it won't ramp up drilling.

Progress Energy said it doesn't need to increase the number of wells it drills each year to supply Pacific NorthWest LNG's planned liquefaction and export terminal near Prince Rupert.

"Our upstream drilling activity will remain relatively consistent with current levels over the life of the LNG project or may even decline and therefore pose no incremental risk," said spokeswoman Stacie Dley in an email.

The company paused its operations after a 4.6 magnitude quake in northeast B.C. on Aug. 17. The B.C. Oil and Gas Commission is investigating and has not established its cause.

The commission has, however, confirmed that Progress Energy triggered a 4.4 magnitude tremor last August — among the largest caused by the industry in Canada.

The $36-billion Pacific NorthWest LNG project is a cornerstone of the B.C. Liberals' efforts to build a new natural gas export industry to Asia. It has been approved by the province but remains under federal review.

David Hughes, a geoscientist who worked for the Geological Survey of Canada for 32 years, recently analyzed B.C.'s LNG plans for the Canadian Centre for Policy Alternatives.

In order to meet the province's highest estimate of five terminals delivering 82 million tonnes of LNG a year, drilling would have to increase five-fold by 2020 — up to 2,100 wells per year, he said.

"If five terminals get built, get ready for some unavoidable seismic activity. I don't think there's any way you can stop it," he said. "It's just the cost of doing business."

Hydraulic fracturing, or fracking, involves injecting high-pressure fluid into wells to crack rock and release natural gas. The process can trigger seismic events but most are not felt above ground.

Progress Energy said it doesn't need to drill greater numbers of wells each year because they can last decades. But Hughes said the structures decline quickly, with production falling up to 70 per cent after three years, and 288 new wells must be built each year to maintain current output.

The Oil and Gas Commission recorded 193 fracking-caused quakes between August 2013 and October 2014 in the Montney Trend, a siltstone formation stretching from near Dawson Creek to the Rocky Mountain foothills.

Of about 7,500 fracking operations, only 11 triggered events felt at the surface. None caused injuries or damage.

Operators must immediately stop drilling if seismic activity exceeds 4.0 magnitude. They can only resume once the commission has approved a mitigation plan that could include reducing drilling volumes or pressure.

"These regulations are reviewed regularly to ensure that B.C. has a safe, long-term future in natural gas supply and export," Coleman said in a statement.

However, the regulations aren't as strict as in Alberta, where companies must report all tremors greater than 2.0 magnitude and invoke a response plan.

John Clague, a Simon Fraser University earthquake expert, said 5.0 or 6.0 magnitude quakes have been linked to fracking in the U.S. and Asia, but it's unlikely the industry would cause anything larger.

"This is not a significant enough perturbation of rocks over a large enough area to trigger an earthquake of that size," he said.

But the quake risk, combined with other concerns including water use, has prompted some to call for a halt on fracking.

"It's a mess," said Eoin Madden of the Wilderness Committee.

"We really need to press pause, take a step back, and say, 'Do we want to fragment the whole of northeastern B.C. so we can extract gas out of it this way, or is there a different way for us?'"