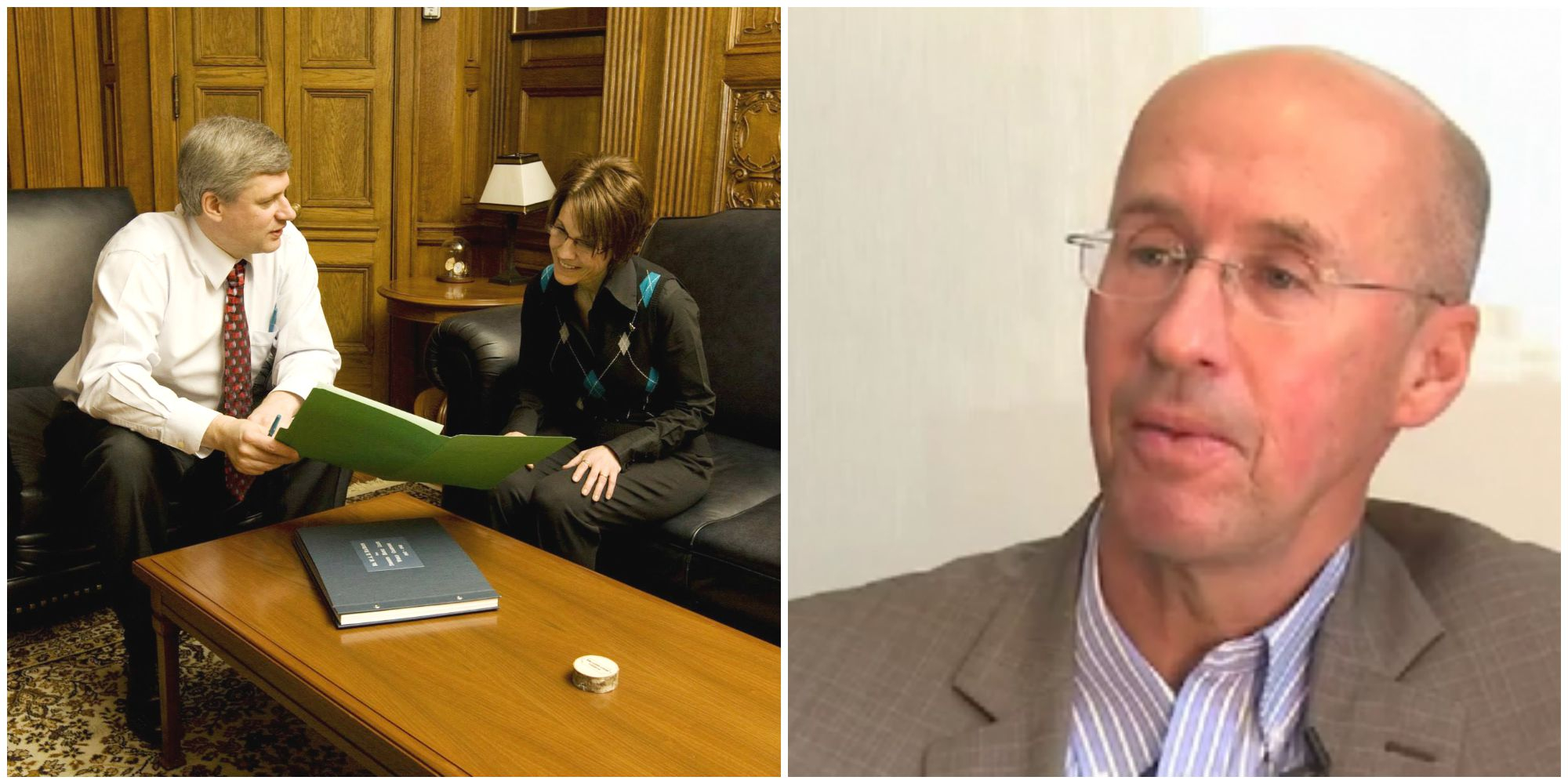 For years, Prime Minister Harper has taken pains to show that he calls the political shots. Remember in late 2010 when he decided to rename the Government of Canada as the "Harper Government" in official communications?

Since achieving a majority government in 2011, Harper has become notorious for exercising rigid control over what every government employee and elected official says, insisting at times on identical pronouncements from the entire bloc of MPs.

At the same time, information about government dealings that might be compromising is more and more difficult to access, thanks to a sharp drop in note-taking at high-level consultations.

The result has been public skepticism about claims made by the Harper government, most recently the insistence from the Prime Minister's Office (PMO) that Harper knew nothing about the Mike Duffy payout from Nigel Wright.

Is the surplus real or imaginary?

So when the Prime Minister announced on Aug. 28 that a report from the Department of Finance’s Fiscal Monitor stated that his government had achieved a surplus in the operations budget from April to June of this year, critiques erupted almost instantaneously.

Coming as it did on the heels of sarcastic comments about Liberal leader Justin Trudeau—specifically Trudeau's acknowledgment that running a government deficit can sometimes be desirable— and following eight years of his own deficit budgeting, Harper’s carefully controlled but unmistakable gloating about a positive message from his personal financial body, and its timing, sounded suspiciously opportunistic.

Former Parliamentary Budget Officer Kevin Page was unimpressed by the reported surplus, saying that “we are still many months away from pronouncing on a budgetary balance for the year,” and strongly hinting that the Prime Minister’s enthusiasm was markedly premature.

Others have pointed out that a large part of the estimated $3.3 billion “surplus” comes from the premature sale of shares in General Motors, a sale that took place well before market specialists suggested it should— resulting in a loss of future revenue for the government but enabling Finance Minister Joe Oliver to claim, in the short-term, the semblance of a budget surplus in 2015.

Or in other words: short-term gain for long-term pain.

What’s in the actual report… and what’s not

The actual document from the Department of Finance makes interesting reading, and shows details that are not nearly as encouraging as Stephen Harper would have his listeners believe. In addition it leaves out background information that puts a different cast on what it says.

For example, GST revenues, at $600 million, formed 11.3 per cent of the so-called surplus. But that should be measured against the $14 billion the government has lost every year since 2006 by cutting the GST rate by two percentage points. Think of where Canada’s economy would be if that $126 billion were now available for infrastructure, pensions and other government services.

One line in the document, delivered in neutral English, obscures one of Stephen Harper’s best-hidden methods of quietly gathering in cash, and secretly shrinking government at the same time.

Harper has been rewarding senior government bureaucrats in a number of ministries large bonuses – up to 20 per cent of their annual salary – for under-spending their budgets.

Each year government ministries and departments are publicly given a certain amount of money, but that is only a cover story. During the year, much of that money is simply never spent, because these “lapsed funds” are withheld from programs and services Canadian citizens by cost-cutting (and well-rewarded) senior bureaucrats, and then sent back to government coffers.

These reductions are not part of the official government Deficit Reduction Action Plan or DRAP. They are a “stealth campaign” that takes place behind the scenes, out of sight of the House of Commons and the general public.

And the sums retained by the government are not inconsiderable, averaging between $7 billion and $10 billion annually.

And while we’re at it: how much tax revenue came from ordinary citizens, and how much from the corporate sector?

Canada's 15 per cent corporate tax rate is among the lowest among Western democracies (and many pay far less than the 15 per cent rate). Not surprisingly, therefore, corporate players contribute a lot less to the revenue pot than individual Canadians: about one quarter as much revenue comes from the corporate sector as from individuals.

Individual citizens provide over half of the federal government’s revenue, while corporations provide about 13 per cent.

A budget wash that's on the spin cycle

The bottom line in all this budgetary gamesmanship is that citizens cannot rely upon government figures—whether coming directly from the prime minister himself, or from key government departments over which he exercises complete control.

At best such budget number give partial information, designed to create the best possible impression for the Harper government. At worst they contain major “spin” that veers perilously close to untruth.

In situations like this, it’s far better to rely on impartial and independent sources of information, most of whom can be found outside the purview of the Canadian government… or rather, the Harper Government.

By doing so, you are far less likely to be surprised and disappointed later on when the full and complete story unfolds.

Need I mention that it’s important to vote in the 2015 federal election?