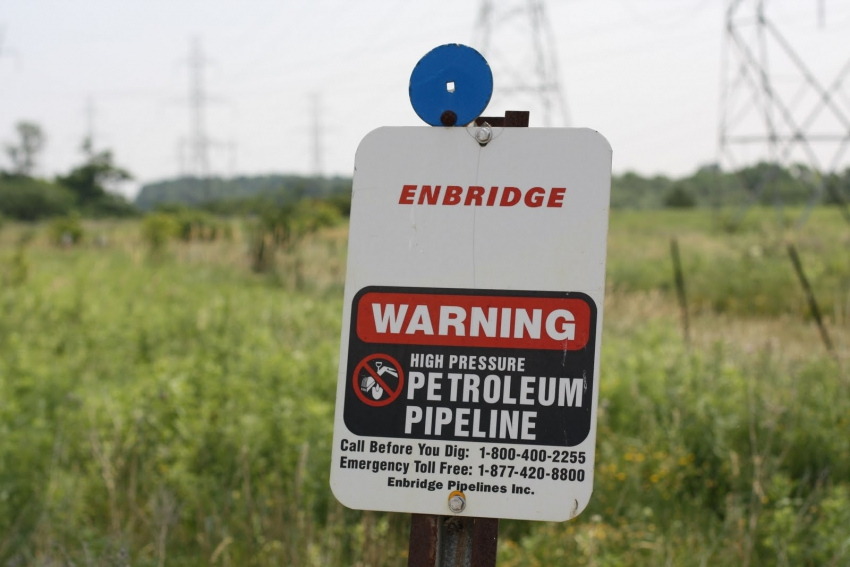 CALGARY — Enbridge Inc. has its eye on a bigger presence along the U.S. Gulf Coast, a gigantic energy market that the company sees as being resilient to commodity price swings.

The Calgary-based pipeline giant (TSX:ENB) is looking at a "strategic shift in thinking" in the region, said Guy Jarvis, who heads Enbridge's liquids pipeline division.

Jarvis sketched out a business plan for the Gulf at an investor presentation webcast from Toronto on Wednesday.

"The region has always been a massive energy corridor, but its prominence in North America and globally is growing," he said.

"The refinery complex is huge — greater than eight million barrels per day — and it's highly competitive on a global scale."

The plan could include investments in terminals, import and export docks and regional pipelines. But Enbridge wants to make sure it doesn't end up with a mishmash of different assets that don't fit with each other, said Jarvis.

Canadian oilsands players have been particularly eager to get their crude to the Gulf, as refineries there are set up to handle the heavy crude they produce.

That dynamic is a big rationale in favour of the long-stalled Keystone XL pipeline being proposed by Enbridge rival TransCanada Corp. (TSX:TRP).

Some oilsands barrels are currently able to find their way to the Gulf through pipelines that are up and running. The existing Keystone system — to which the contentious XL segment would connect at Steele City, Neb. — is one avenue.

TransCanada on Wednesday launched an "open season" inviting customers to sign on to ship crude from Cushing, Okla., to the Gulf on its system.

Enbridge's Midwest pipelines can also link up to the newly expanded and reversed Seaway pipeline, in which Enbridge has an interest, which runs from Cushing to the Texas coast.

Jarvis said the increased focus on the Gulf would make sense whether or not the U.S. government lifts its ban on crude exports.

The plan is in its early stages and the company doesn't yet know how much the plan will cost or how big it will be.

And it may not be limited to crude oil, said Jarvis.

There are also opportunities for investments in natural gas liquids and petrochemical infrastructure, for instance, said Jarvis.

"We like the fact that there's more options there."

Michigan, Enbridge reach broad deal on improvements and clean up of 2010 oil spill