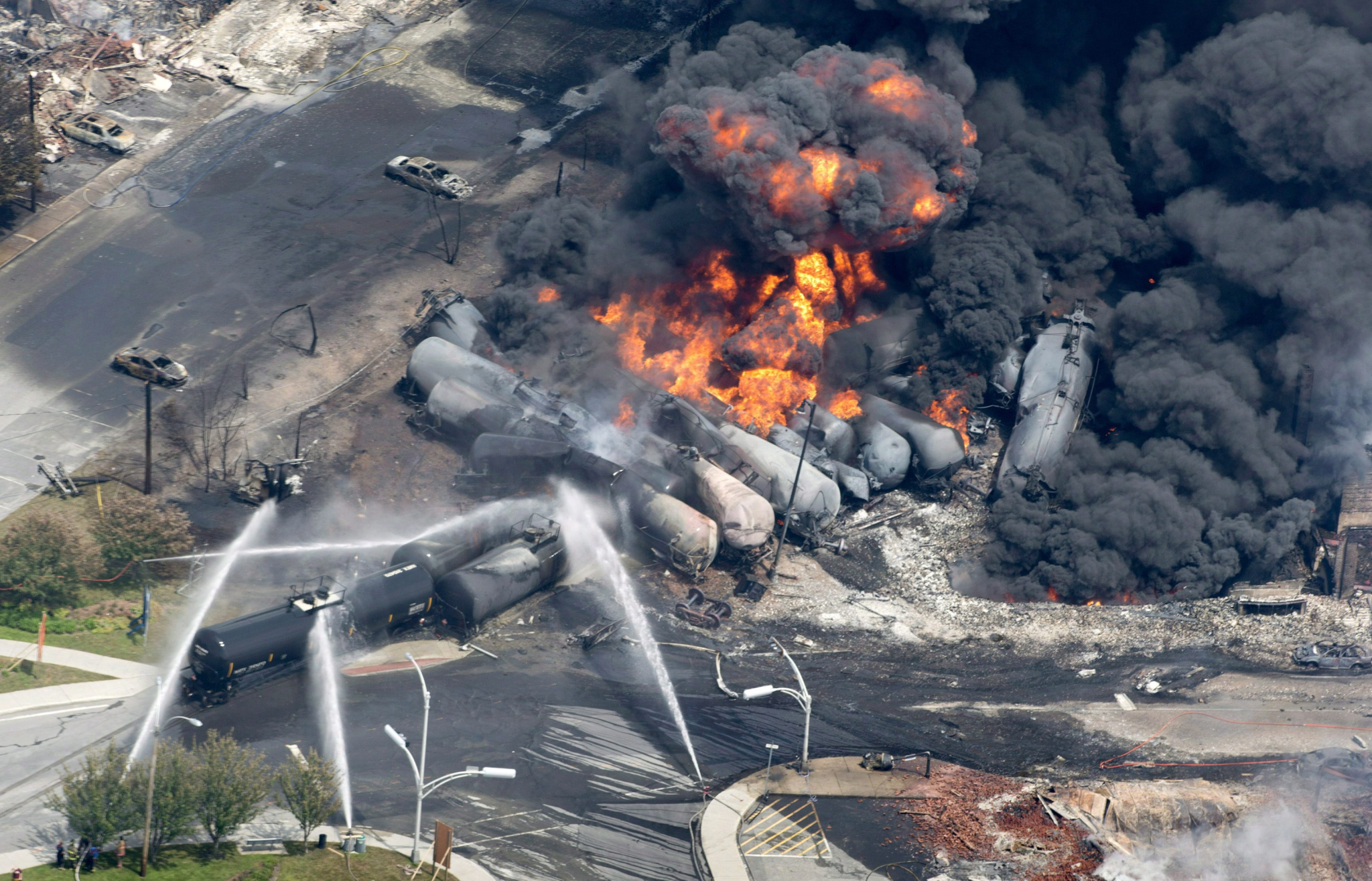 MONTREAL — A Quebec judge has approved the new terms of a $450-million settlement fund for victims and creditors of the Lac-Megantic train disaster, prompting a lawyer in the case to say cheques should begin arriving in the mail by Christmas.

Patrice Benoit, lawyer for Montreal Maine and Atlantic Railroad (MMA), the now-defunct railway company at the centre of the 2013 disaster, said a few administrative issues remain but that "everything is settled."

The roughly 25 companies that have agreed to contribute to the $450 million will begin releasing the money within three weeks, Benoit said.

Victims and creditors will likely get their part of the money in two instalments, he added, with the first coming in time for Christmas.

The MMA-owned train, which was carrying crude oil from the United States, derailed and exploded in Lac-Megantic on July 6, 2013, killing 47 people and destroying a large part of the town's core.

MMA did not have enough insurance to cover the hundreds of millions of dollars in claims against it and filed for bankruptcy in the United States and Canada.

The settlement fund is tied to bankruptcy proceedings on both sides of the border.

Canadian Pacific Railway (TSX:CP) is the only company accused in the disaster to have refused to contribute to the package.

The railroad maintains it does not have any responsibility in the disaster and sought leave to appeal the acceptance of the settlement offer.

After negotiations with lawyers for MMA, CP agreed to drop its motions against the fund if all sides agreed to alter the language of the settlement terms in order to give CP some legal assurances if the railway company is taken to court over its responsibility in the derailment.

A U.S. judge signed off on the changes to the terms last week and Quebec Superior Court Justice Gaetan Dumas gave his go-ahead Tuesday.

All of the companies that contributed to the fund were released from legal liability on both sides of the border.

Jeff Orenstein, a lawyer representing roughly 4,000 individuals who are laying claim to some form of compensation, confirmed Tuesday his class action lawsuit against CP is moving along.

The class action was accepted by a Quebec judge last May.

Orenstein said a judge still needs to approve the wording of a notice about the class action that would be published in newspapers across Quebec.

He said that unlike bankruptcy proceedings, all victims of the tragedy are automatically included unless they opt out.

Meanwhile, a Chicago-based lawyer for most of the 47 people who died has described Canadian Pacific's refusal to contribute to the settlement fund as "reprehensible" and vowed to pursue a lawsuit.

Attorney Peter Flowers said Tuesday the railroad knew the crude oil from North Dakota's Bakken region was unstable before handing it off to another railroad, which he described as "incompetent."

"They acted horribly without regard for the welfare of human beings, and we're going to hold them responsible for what they did in front of a jury of 12 people in the state of Illinois," he said.