By Elizabeth McSheffrey | News | November 12th 2015
#2 of 469 articles from the Special Report: State Of The Animal 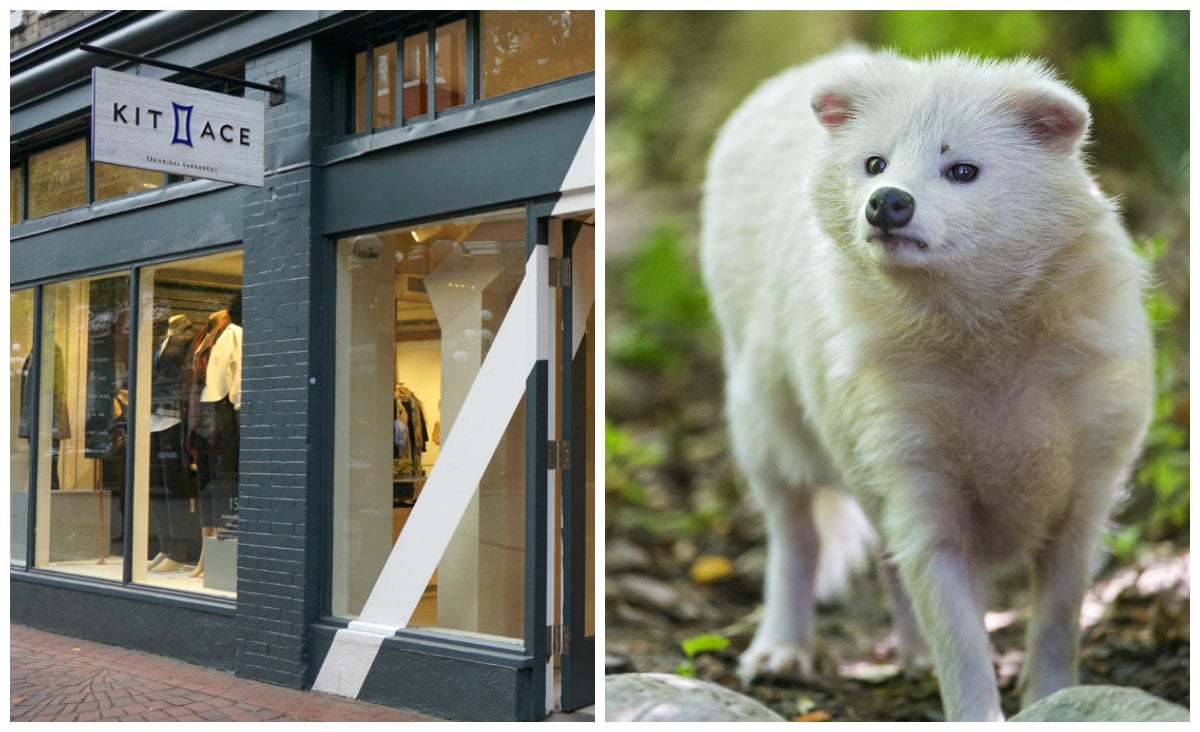 Canadian fashion retailer Kit and Ace said it is conducting a "detailed investigation" within its departments after a National Observer report found canine fur in one of its products.

Responding to a flurry of public shaming on its Facebook page, the company issued the following statement:

“We are aware of the conversations surrounding our Berkeley Toque. We take these accusations very seriously and appropriate departments within our business are conducting a detailed investigation. Upon completion of this investigation, additional information will be available through helpme [at] kitandace.com.”

The luxury fashion retailer further stated that it is in "complete compliance" with Canadian textile labelling laws.

A National Observer investigation found that the company claimed the fur pompom on one of its winter hats was composed entirely of "raccoon fur." It was, in fact, found to be fur from "raccoon dog," which is a member of the canine family, despite its misleading name.

National Observer also exposed a leaked Kit and Ace email that appears to try and silence staff concerns about the use of raccoon dog fur, and keep customers in the dark about the animal's relation to dogs.

Kit and Ace has yet to answer media requests from National Observer, but after reading the publication's investigation, a former staff member reached out to comment about the Berkeley toque.

"People at the corporate head office knew about this for over a year," the former employee told National Observer on the condition her name not be published.

“Quite a few of us employees were surprised that this product was being sold and that it was going to market, considering what the product was.”

The whistleblower also said that while Kit and Ace claims "integrity" as a foundation of its company, and that its clothing is sourced and produced to the highest standards, she has never seen a code of ethics or standards on paper that substantiate these corporate assertions.

“In my time at the company, there was never a specific group or set of standard that they mentioned,” she said over the phone. “They referenced ethics, but they were never specific about what that was. They never mentioned what those were, what the benchmark was.”

Kit and Ace's use of raccoon dog fur, which has now been covered by the Vancouver Sun, CBC, Metro Vancouver and CTV, has caused some upset among its clientele.

In addition, a third whistleblower — also a former employee — sent National Observer an email to confirm that the Berkeley toque is not the only Kit and Ace product that contains raccoon dog; its Donahue cap also has an "Asiatic raccoon" pompom.

The fashion retailer, which started in 2014 in Vancouver, B.C., was criticized on social media. "I will support a #Boycott until your fashions are animal fur free," wrote Facebook user Sandra Harris. "The activist community will also spread the word far and wide. Please do the right thing."

"Whether or not the racoon dog is a racoon (which it is not) or a canine (which it is) is besides the point [sic]," wrote Amy Van Veen on Facebook. "A quick google search will show videos of these animals being skinned alive in China. I don't believe for a second you ethically source your products."

The tip of the iceberg

During an interview with National Observer, Ethical Profiling CEO Kemp Edwards said these companies are the tip of the iceberg when it comes to claiming industry integrity, without appropriate transparency to back it up.

This occurs particularly frequently within the world of fashion, where fur imported from China is a highly contentious issue.

"I hate to say it, but it’s the rule rather than the exception," he said. "People recognize that the ethical consumer is growing and has purchasing power, so people are marketing specifically to them. They market based on where their wins are in complete ignorance of where their losses are.”

Dsquared2 Dames Sneakers Sale
When you liked your caffeine on ice-cubes, try out chilly-producing your very own gourmet coffee concentrated. There are lots of tasty recipes available online Most entail mixing up a number of cups of water into several oz of floor coffee, permitting the mixture to stay right away. Once the grounds are strained out, you might be still left using a easy, abundant completely focus which can be watered down with whole milk or h2o and ice cubes.

When operating a house companies you should record almost any receipts relevant to company transactions. these receipts may then be utilized for a income tax publish away from following the entire year for organization related expenses and you could save a lot of money on income tax reductions.

Michael Kors Bags Denmark
Shop around, not just about angling in general, but concerning the distinct kinds of seafood you will be going after. This is known as respecting your victim. Sea food will not be stupid, and they have tastes about what they like to nibble on, in addition to, a number of behavior and features that you should know.

Never ever opt for the set cost of a vehicle when you're car buying. Generally folks cost stuff realizing that they'll need to reduced it if the shopper gets there. Should you be paying out with money, it doesn't damage to tell them that sometimes. People who see a lot of cash are more inclined to allow it select less.