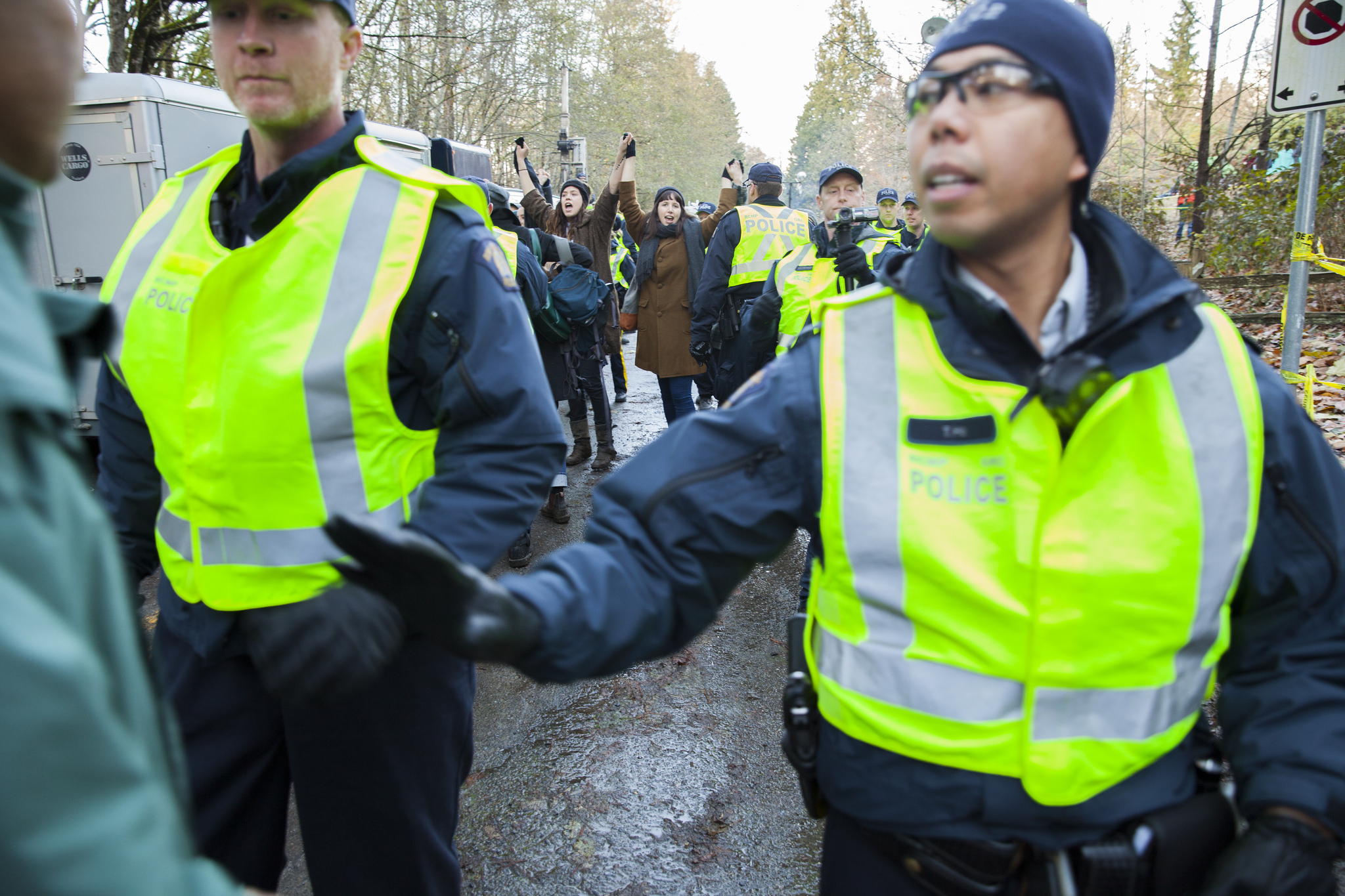 “They have not stopped,” Carr said. “The process continues.”

Ongoing National Energy Board reviews will continue for projects like the Kinder Morgan Trans Mountain pipeline expansion even though the Liberal party platform promised an immediate review of the process, saying the renewed assessments will “restore robust oversight and thorough environmental assessments” and “restore lost protections” resulting from weakened environmental laws under the Stephen Harper government.

Minister Carr indicated the National Energy Board review process will undergo a transition but until that time, project reviews will remain unchanged.

“There will be a transition as we amend the ways in which the National Energy Board goes about the process of evaluating these projects,” Minister Carr said, “and we will announce those changes as soon as we can, but the process continues.”

The announcement has some wondering what to make of Prime Minister Justin Trudeau’s assertion that a more robust process would apply to the to Kinder Morgan Trans Mountain pipeline.

In August, Dogwood Initiative’s Energy and Democracy Director Kai Nagata pressed Trudeau to confirm if an NEB overhaul would apply to the Kinder Morgan project.

“Okay,” Nagata said. “So if they approve Kinder Morgan in January, you’re saying…”

“No, they’re not going to approve it in January. Because we’re going to change the government,” Trudeau responded. “And that process needs to be redone.”

After the Obama administration's recent refusal of the Keystone XL pipeline through the U.S. and a nearly dead Northern Gateway on B.C. northern coast, Kinder Morgan is upping its efforts to ensure the Kinder Morgan Trans Mountain expansion goes ahead.

On Friday Trudeau publicly released ministerial mandate letters, including one to Minister Carr that instructed him to “immediately review Canada’s environmental assessment processes to regain public trust and introduce new, fair processes” as well as “modernize the National Energy Board.”

Last fall, energy executive Marc Eliesen publicly abandoned his role as an intervenor in the review process, calling it “fraudulent” and an act of “public deception.” Eliesen accused the board of engaging in a process that was rigged with a “pre-determined outcome.”

“You can't slap some new paint on the Conservative review process and call it 'credible' after campaigning against it,” Keith Stewart, energy and climate campaigner with Greenpeace Canada, said.

“I don’t see how the Trudeau government can continue with the review of a pipeline under rules that Trudeau has denounced for ignoring climate impacts, failing to respect Indigenous rights, and lacking a grounding in sound science.”

This week marks the passing of one year since hundreds of protesters gathered on Vancouver’s Burnaby Mountain to disrupt crews performing exploratory drilling for the Trans Mountain pipeline.

A massive loss of faith in the NEB process was on full display on Burnaby Mountain after nearly 500 citizens were prevented from participating as intervenors in the Trans Mountain hearings.

This included a group of 27 climate experts, including economists, scientists and academics.

The National Energy Board also quietly removed oral hearings from the process, which means oral cross-examination and testimony under oath are no longer part of the review.

These procedural deficits have made it easy for Kinder Morgan to refuse to answer questions from expert intervenors, such as lawyers from Ecojustice.

Even the province of B.C. has been put in a position where it must fight Kinder Morgan for basic information about the expansion project. In early 2015, DeSmog Canada revealed that the company was refusing to release spill response plans to the B.C. government, even though the same spill response plans had been made available to the public in Washington State.

Beyond that, the review process has excluded local First Nations to such an extent the Tsleil-Waututh Nation, which is located directly across the Burrard Inlet from Kinder Morgan’s facilities, launched a legal action to challenge the credibility of the review process.

Under the current pipeline review process, the NEB also has labelled upstream oil sands impacts to the environment and climate as lying outside the scope of a relevant environmental assessment.

Terry Beech, Liberal MP in Burnaby North-Seymour, told the Burnaby NOW no decision on the Kinder Morgan pipeline would be made under the current system.

“We are going to redo the National Energy Board process,” Beech said. “We’re going to broaden the scope. We’re going to make sure it’s objective, fair and based on science.

“We’re going to make sure proponents of any major energy projects, including Kinder Morgan, have to work towards getting community support and support from partner First Nations,” he said.

“We’ve already said there will be no decision on Kinder Morgan in January. Kinder Morgan will have to go through a new, revised process.”