What can Canada contribute to the Paris climate summit? 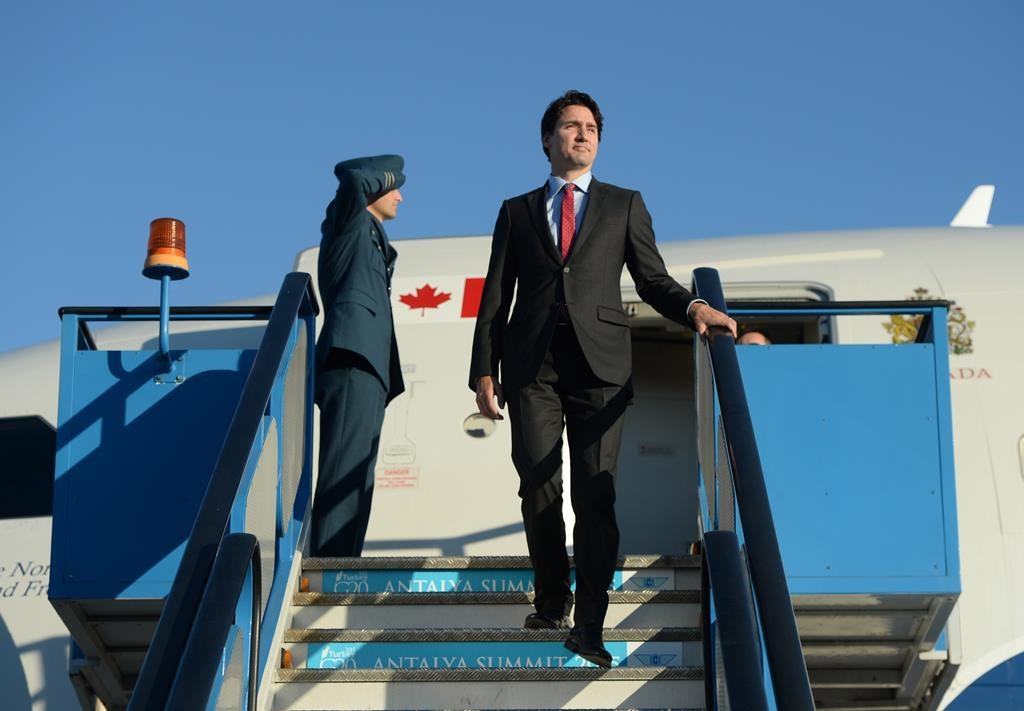 The other day I heard an environmental advocate argue that Prime Minister Justin Trudeau needed to make an ambitious commitment at the UN Conference of Parties (COP) 21 summit in Paris to atone for all the ‘climate fossil’ awards won by our previous prime minister. I’m not so sure.

Remember when newly elected President Barack Obama won the Nobel Peace Prize? He hadn’t yet done anything. Apparently the Nobel committee bestowed the award simply because he was not George W. Bush. In the same vein, Trudeau will be welcomed because he is not Stephen Harper.

I am not saying, of course, that Trudeau should just go to Paris and smile. But to make a real contribution, he will need to be brutally honest about why UN negotiations have failed for over two decades and equally upfront about why Canada’s emission reduction efforts have also consistently failed.

Firstly, politicians like Trudeau must see past the ‘fossil fuels are evil’ rhetoric of some environmentalists. The reality is that coal, oil, and natural gas are fantastic forms of energy that have played a critical role in improving humanity’s material conditions over the past two centuries, a period that has seen a doubling of human lifespans in wealthy countries. Politicians from developing countries know about the wonders of fossil fuels. How can they not, after witnessing China’s remarkable transformation from one of the world’s poorest countries to an economic powerhouse in just two decades? From 1990 to 2010, its economy and its coal consumption grew apace at close to 10 percent a year. As a result, its CO2 emissions grew almost as fast, making it the world’s largest emitter.

Trudeau must also grasp that reducing greenhouse gas emissions, especially CO2 from burning fossil fuels, is what policy analysts call a “global public good.” Within national boundaries, citizens pay for public goods like roads and national defence by sharing the cost through tax contributions to government. People don’t agree how much tax each should pay (rich versus middle class, corporations versus individuals), so government decides. If we had a global government, it would determine what each country should contribute to the cost of preventing climate change, with a binding mechanism to ensure compliance. But we don’t have a global government. So almost 200 countries try to agree on the contribution of each and on the compliance mechanism to ensure that contribution. They’ve been unable to agree for over 20 years. They’re unlikely to agree at Paris.

The main reason they cannot agree is that countries, like individuals, have a self-interest bias when viewing evidence related to fairness. Richer countries say they are willing to give a ‘fair’ level of assistance to poorer countries, such as India, to avoid China’s CO2-intensive development path, thereby foregoing unrestrained fossil fuel combustion in favour of hydro, solar, wind, biofuels, nuclear and fossil fuels (if capturing the CO2). But their idea of a fair level of assistance is dramatically lower than what poor countries think it should be. So poor countries are unwilling to accept binding reductions.

These differing perceptions of fairness have plagued climate negotiations. At Copenhagen, in 2009, all countries agreed that humanity should limit global CO2 emissions so that the average temperature would increase no more than 2⁰C, a level beyond which scientists fear we may pass tipping points that lead to uncontrolled changes and horrific damages. But politicians at Copenhagen could not agree on how to parse the global limit into emission limits for individual countries. So they punted this decision to this year’s Paris meeting — another way of saying “let future politicians figure this out, because we sure can’t.”

In the run-up to Paris, each country was asked to volunteer a target for its own emissions in 2030, what are referred to as intended nationally determined contributions (INDCs). It seems that each COP seems to create fresh terminology for old concepts. In this case, an INDC previously was a ‘voluntary commitment’ or a ‘nonbinding emission target.’ Over 150 countries have set INDCs. Not surprisingly, however, analysis of these shows that even if all countries achieved their respective targets, the resulting emissions path would still rocket past the 2⁰C limit.

So that is the conundrum. Countries are willing to set nonbinding emission targets. But these targets fail to meet our 2⁰C climate objective. Developing countries might be willing to tighten their targets if developed countries paid their costs of foregoing fossil fuels. But so far the amount on offer is not close to what developing countries say they require.

So what is likely at Paris? And what can Canada contribute?

Continued stalemate that fails to achieve 2⁰C is one possible outcome, although this might be dressed up to appear like a success. This dress-up could include patting developing countries on the back for their first INDCs, substantial funding commitments from wealthier countries to help them deflect slightly from the fossil-fuel path, and a hopeful-sounding concluding document that talks about future processes for reviewing and tightening the INDCs of both developed and developing countries.

A more promising outcome might already achieve some tightening and co-ordination of the INDCs of wealthier countries — perhaps through agreement on a minimum carbon price that each country should apply domestically — and an agreement by developing countries to tighten their INDCs in order to receive substantial (but still not sufficient in their eyes) financial transfers from wealthier countries. The sum of the combined INDCs of all countries might still exceed the 2⁰C path, but it would represent enough of a game-changer that the Paris negotiators could legitimately claim some success.

This may sound promising. But how can we be sure that it truly represents a game-changer in the global climate effort? In particular, do the INDCs really indicate what each country’s emissions will be in 2030?

This is where Canada can make a contribution. The reason, sadly, is that our prime ministers have been making INDC-type commitments for almost 30 years — with complete failure. We’re experts at setting voluntary targets and failing to achieve them. So we should be experts at spotting others who try the same thing.

Unfortunately, it gets worse. Not only did we set INDC-type targets, we actually implemented major policy initiatives that were promised to achieve the targets. The big challenge was to give each new initiative a unique name; hence, the Green Plan (1990), the National Action Program (1995), Action Plan 2000, the Climate Change Plan for Canada (2002), Project Green (2005), EcoEnergy (2007) and Turning the Corner (2008). Once he got a majority in 2011, Harper dispensed with the farce of creating new climate initiatives, although he saw no need to admit that his targets were fiction as they were for a future date probably beyond his political shelf-life. Like his predecessors, he was certainly right about the timing.

People who assess energy-economy policies, like me and my colleagues around the world, agree on why every single one of Canada’s policy initiatives failed. Information and incitation campaigns, labels on fridges and cars, a few subsidies to energy efficiency and wind turbines, and a host of Rick Mercer commercials will not really reduce emissions. The only policies that reduce emissions are: (1) a rising carbon tax, or (2) a declining hard emissions cap (probably with tradable permits), or (3) increasingly stringent regulations on emission-causing technologies and fuels, or (4) some combination of these three types of “compulsory policies.” This is all that is needed. Everything else is fluff, including government spending programs.

If anything good is to come from Canada’s three-decade climate-policy charade it is the lesson that voluntary INDC-type targets are delusional unless intimately tied to one or two of the three compulsory policies listed above, and independent experts confirm that their level of stringency ensures achievement of the target. Canada needs to insist at Paris on the establishment of an independent policy review mechanism that reports annually on the likely achievement of each country’s INDC, given the policies that country is implementing. This would be a substantial contribution.

Trudeau should also tell the world that a reformed Canada now intends to be a model for effective climate policy that achieves targets. This won’t mean a lot at this stage, since people know about our track record. But the global climate effort is a long-run project. If Canada produces domestic climate policy that, by design, is guaranteed to achieve its 2030 target, this will garner a lot of weight in the years to come. Although Stephen Harper made it sound difficult to hit a national emissions target, it isn’t. You simply mandate a national cap on emissions that equals the 2030 target. Then you roll up your sleeves and allocate the cap among provinces or economic sectors, including a mechanism to ensure regional fairness in hitting the cap. Finally, but most importantly, you delegate the task of monitoring and review to an arms-length, highly visible oversight institution, like the Auditor General, and perhaps delegate some regulatory authority to ensure government achieves its legislated commitments, as California does with its Environmental Protection Agency. (I will elaborate in a subsequent article focused on domestic climate policies.)

While this focus on mechanisms for determining whether domestic policies will achieve the INDC promises would be an important contribution by Canada at Paris, it is not sufficient. Canada should also argue for international mechanisms and actions that are realistic — as I noted at the outset — in view of the attractiveness of fossil fuels and the global-public-good nature of the challenge. Just as our domestic climate policy must strongly incentivize the use of technologies and fuels that do not emit CO2, the same is required of the global climate policy mechanisms issuing from Paris.

Thus, Trudeau should push at Paris for the creation of a transparent policy review process that provides an annual report card on the effectiveness of each country’s climate policies. And he should insist on a direct link between that policy performance and the slate of financial incentives offered by the international community. For example, funding support for developing countries should be tied to the effectiveness of their domestic climate policies, as indicated by their annual report card. And countries with failing grades — whether developed or developing — should be threatened with and eventually subject to trade measures, such as higher tariffs on their goods. Some people don’t want to talk about trade measures. But those who are serious about an effective global effort know that we cannot avoid this discussion. Indeed, the Waxman-Markey clean energy bill, which was passed by the United States House of Representatives in 2009 but not the Senate, included a mechanism to increase the effective tariff on imports from countries whose climate policies lacked the stringency of the US policy.

Finally, while supporting the effort in Paris for comprehensive international mechanisms that apply to all countries, Trudeau should recognize the value of separate bilateral and multilateral agreements between jurisdictions willing to show real climate policy leadership. These “clubs” can provide models that other countries might one day emulate or join. In 2005, the Europeans constructed an emissions cap-and-trade system for industry. While naysayers denigrate this policy, it is working fine and will be tightened rather than eliminated as new European countries join. And thanks to Quebec joining California’s cap-and-trade in 2014, and Ontario about to join next year, Canada has a golden opportunity to extend this system nationally, uniting 35 million Canadians with 35 million Californians in a cross-border cap-and-trade system applied to virtually all fossil-fuel-related greenhouse gas emissions. This 70 million-strong club could be a significant force for change — and other American states could well join.

You may notice that I have omitted one issue. I have not discussed the specific target Trudeau should commit to at Paris. Hopefully my reason for this omission is obvious. While the target should of course be achievable, it’s the policies that count. That message is the most valuable contribution Canada can make at Paris.