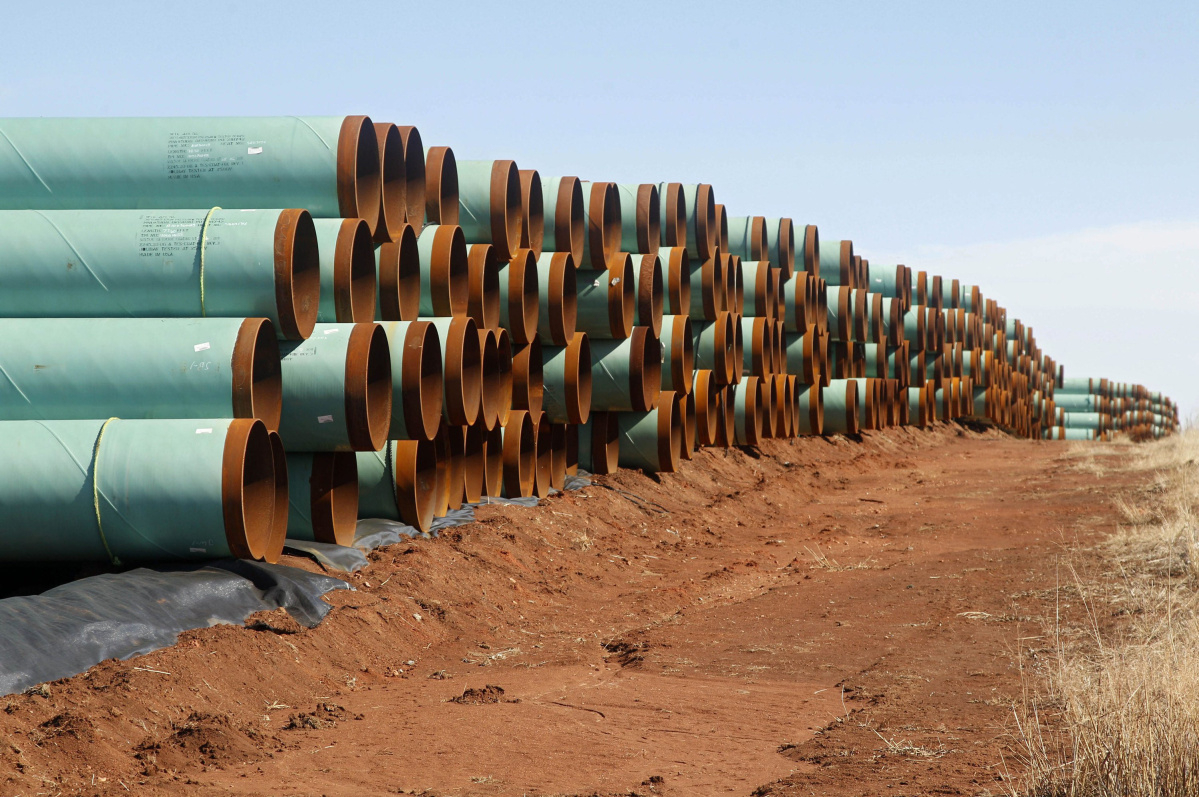 Calgary-based energy company TransCanada Corp is facing up to $187,200 US in penalties for allegedly failing to operate its Keystone pipeline safely after the new line went into service in 2010, an American regulator said in a new letter posted on its website.

The notice from the U.S. Pipeline and Hazardous Materials Safety Administration (PHMSA) identified up to 62 probable deficiencies on Keystone, as well as “multiple anomalies” found near the city of St. Louis, Missouri.

TransCanada spokesman Mark Cooper said the company was reviewing the allegations to determine its response. But he explained that it had discovered and reported the issues to the regulator and that it had made the required repairs following extensive testing, preventing any oil from spilling.

In its letter, the agency alleged that the company had failed to adequately protect the pipeline from rust within a reasonable time following its construction and did not sufficiently inspect it, as required by safety regulations.

The notice also alleged that between 2010 and 2012, TransCanada had failed to do 51 required tests to see if its rust protection system was working on the Keystone pipeline.

“TransCanada provided no rationale for the failure to conduct and record the required testing,” said the notice, delivered by registered mail to Vern Meier, the president of TransCanada Oil Pipeline Operations in Houston, Texas.

TransCanada, which has 30 days to respond to the allegations, has been touting its safety record as it promotes its Energy East project, a proposed 4,200 km route that could carry up to 1.1 million barrels of crude oil per day between Alberta and the Atlantic coast. It said it had also conducted routine inspections to ensure there were no other similar deficiencies elsewhere on Keystone.

“In co-operation and consultation with PHMSA from the outset, TransCanada believes it has fully addressed all of the historical concerns raised in the notice, which date back several years,” said Cooper from TransCanada. “It is important to note that this is not a final order and penalty and as such we are reviewing the notice and determining our response at this time.”

The notice came two weeks after President Barack Obama rejected the company’s proposed Keystone XL expansion project, which would have linked Alberta’s oil sands industry to Texas refineries. While this expansion was rejected, the existing Keystone system was previously approved and has been operating since 2010. The line runs from from Hardisty, Alberta to Cushing, Oklahoma and can deliver about 500,000 barrels of crude per day.

The U.S. regulator proposed the fines along with proposed safety orders that would require TransCanada to correct any outstanding deficiencies and provide evidence confirming it had addressed the issues.

Cooper said that the pipeline has safely delivered more than 1.1 billion barrels of crude oil. He added that TransCanada had learned from the incident and improved its practices, including communication and peer review protocols for Keystone and other lines.

“While this incident was detected proactively and no leak occurred, TransCanada believes no incident is acceptable and the more we learn, the closer we get to our goal of zero incidents,” Cooper said. “As a result of these learnings, we have adopted improved engineering and construction practices to continue to safely deliver energy to North Americans.”

PHMSA was investigating Keystone after TransCanada temporarily shut down the new line in October 2012 to conduct repairs.

The U.S. regulator said in its notice that TransCanada had reported “four significant metal loss anomalies” that month, in sections where the pipeline lost more than 60 per cent of wall thickness. The company told the CBC, at that time, that the shutdown was a precaution after it had detected a “small anomaly.”

One of the affected sections suffered a 97 per cent loss of metal, leaving a remaining wall thickness of 0.012 inches, the notice said.

Following its investigation, the U.S. regulator described poor communication between staff as one of the factors. It said that TransCanada staff responsible for designing the safety system were unable to integrate adequate cathodic protection because they were never told that other company staff had modified the design of pump stations, affecting the safety requirements.

Interference from other pipeline operators was also a factor affecting Keystone, PHMSA said in the letter. The agency alleged that TransCanada was aware there were other pipelines that could cause this interference for more than two years before the company began to address the issue.

“The multiple anomalies found on TransCanada’s Keystone segments near St. Louis, Missouri and on the Cushing Extension near Burns, Kansas were the result of not correcting the effects of interference corrosion in a timely manner as required by [regulations],” said the notice.

PHMSA said it could not respond to questions about the allegations against TransCanada since its investigation was still active.

In Canada between 2010 and 2015, TransCanada reported 21 incidents to the Canadian regulator, the National Energy Board (NEB), on Keystone in Alberta, Saskatchewan and Manitoba. These included 15 fires, two small releases of crude oil and four cases where the company was operating the line beyond its design limits. The NEB did not consider any of the incidents to be significant.

TransCanada said it has spent an average of $1 billion in-country per year over the last three years on pipeline integrity and preventative maintenance programs. It also said it has invested more than $90 million over the past five years researching and developing pipeline safety technologies, including $38 million in 2014.