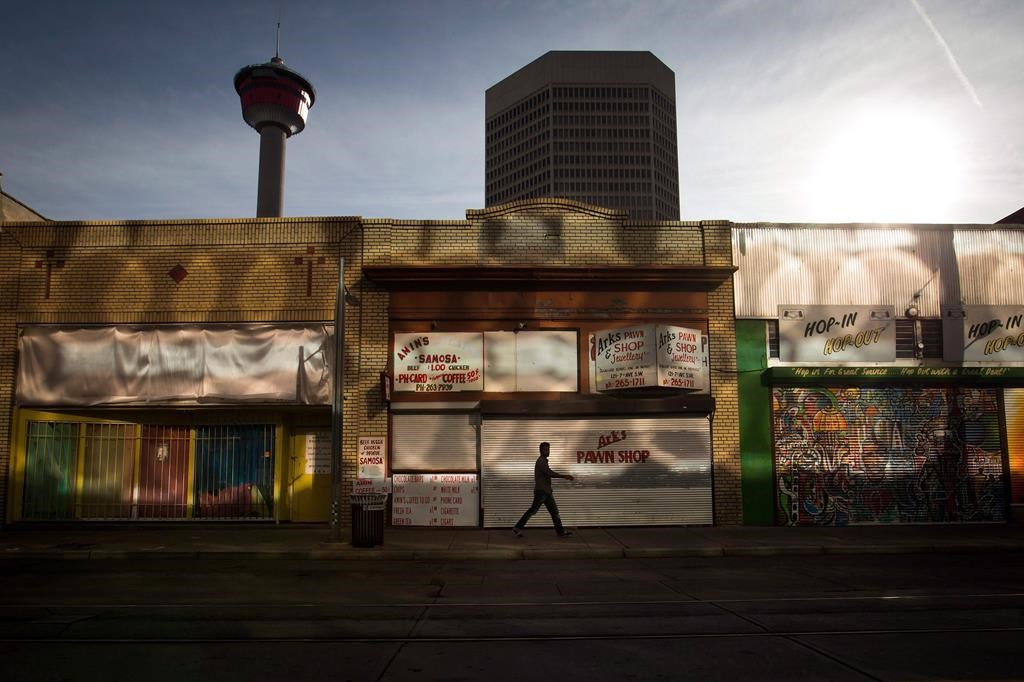 Standard and Poor's announced it was downgrading Alberta's credit rating one level, to AA-plus, on concerns of weak budgetary performances and rising debt.

And it said the bleak outlook on energy prices has caused it to re-assess the province's growth prospects to average from above-average.

"The steep drop in the price of oil is hitting Alberta hard, including our provincial finances. But we are committed to managing the oil price shock in a responsible and balanced fashion."

He said Alberta is still fundamentally strong, with the lowest overall tax regime in Canada. And he noted other credit evaluators such as Moody's and DBRS have not cut their top grade for the province.

Alberta, with an economy powered by steeply sagging oil prices, is hip deep in red ink and plans to wade in even further.

This year's budget calls for a $6.1 billion deficit, with increased spending on core areas like health and education and ramped up infrastructure outlays that will soar past $47 billion in debt by the end of the decade.

The oilpatch has seen thousands of layoffs in recent months. West Texas Intermediate, the benchmark price for oil, has fallen from a high of US$100 a barrel in mid-2014, to under US$35 a barrel Friday.

Each dollar drop in the average yearly price of oil siphons $170 million from Alberta's bottom line.

Alberta is also caught in the vise of a rising population and a declining economy.

That is why the province committed in its last budget to spending $34 billion over the next five years on roads, schools and hospitals.

Ceci said the infrastructure spending is tied to economic growth.

"We're going to be doing that, making sure that Albertans get back to work in the process through construction, design, (and) engineering," he said.

"Our plan is a prudent one. We think it will stimulate the economy."

Ceci noted there are hiring restraints in place in the public service and that total government expenses over the next two years will be two per cent or less — below the accepted baseline of population growth plus inflation.

"This is what happens when you don't get your spending under control," said Wildrose Leader Brian Jean. "Hopefully this will be a wakeup call for the NDP."

Alberta has held a Triple-A rating from all credit evaluators since 2001. Progressive Conservative Leader Ric McIver said it was something former PC governments fought to maintain.

"With the government planning to continue down this path of uncontrolled spending, borrowing for operations, and taking on debt with no plan whatsoever to pay it back, this will just be the beginning," said McIver in a statement.

Alberta Party Leader Greg Clark said the NDP should have seen a downgrade coming and prepared for it.

Earlier his year, Standard and Poor's affirmed Triple-A ratings for Saskatchewan and B.C.