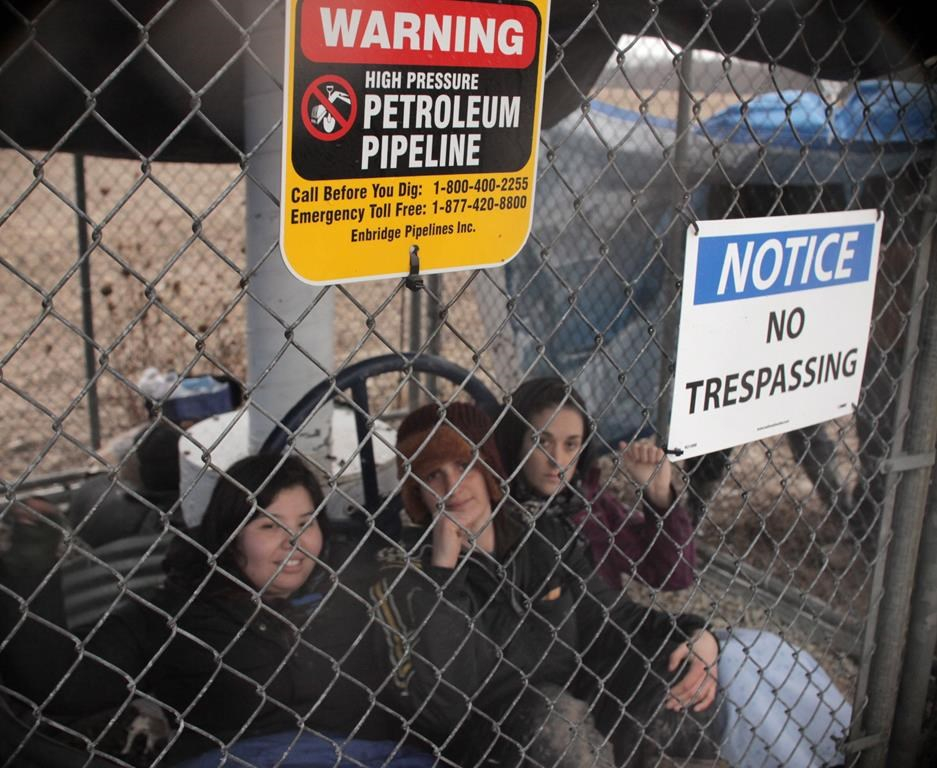 SARNIA, Ont. — Enbridge says its Line 9 pipeline was offline for about 90 minutes this morning after three activists locked themselves to a valve site east of Sarnia, Ont.

Spokesman Graham White says the line was shut down remotely from Enbridge's control centre as a safety precaution shortly after the protest began.

He says the pipeline is back up and running now and deliveries of crude have not been affected.

Lindsay Gray, speaking on behalf of the trio of "land defenders" who staged the protest, says it was easy to get into the fenced-in valve site.

She says the protesters phoned Enbridge from the scene and company representatives and police arrived shortly thereafter; she says the three were taken into custody.

Gray says First Nations along the route were not properly consulted about the project, which she says poses an environmental danger.

Line 9, which runs between southwestern Ontario and Montreal, has been in operation for about four decades. It originally flowed from west to east, but then in the late 1990s, its flow was reversed to bring imported inland.

Enbridge recently finished up a controversial project to restore Line 9 to its original configuration and boost its capacity, enabling it to supply Alberta crude to Suncor Energy's (TSX:SU) Montreal refinery.

"The fact that line 9 is currently in operation really just adds to the urgency for people to act," protester Stone Stewart said in a statement. "I'm here because the negative impacts of the oil industry are taking place right now, every day."