Family of drowned Syrian boy to arrive in Canada as refugees 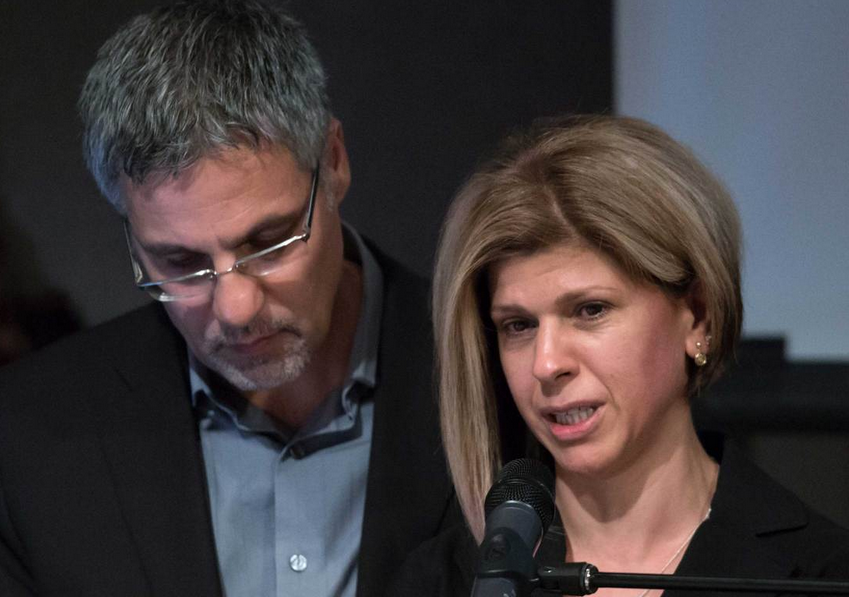 Tima Kurdi and husband Rocco Logozzo at a memorial service in Vancouver for drowned nephews in September. Photo by Canadian Press.
Previous story

Relatives of a Syrian boy whose lifeless body was photographed on a Turkish beach are expected to land in Vancouver this morning to begin a new life.

Mohammed Kurdi, his wife and five children will land in Canada as refugees, sponsored by Mohammed's sister Tima Kurdi, who has become a spokeswoman for people fleeing the war torn nation.

The reunion comes at the end of a difficult year for the family.

Tima and Mohammed's three-year-old nephew, Alan Kurdi, drowned along with his five-year-old brother and their mother while crossing the waters between Turkey and Greece in September.

A photo of the boy's body face down in the surf sparked international sorrow and momentum to help Syrian refugees.

Canadian officials said the application didn't have the necessary documentation.

An official with Citizenship and Immigration Canada invited Tima Kurdi to re-apply for Mohammed and his family in mid-October, as the government was no longer asking for difficult-to-obtain United Nations documents.

Mohammed Kurdi has been in Germany since leaving his family in Turkey seven months ago to find work. He has yet to meet his youngest child, who was born in July, but the family will reunite in Frankfurt before flying to Canada.

There's also a new family business. Tima Kurdi is opening a hair salon in Port Coquitlam, B.C., called Kurdi Hair Design, where she will work alongside Mohammed, who ran a barbershop in Syria.

She hopes their brother Abdullah, who left Turkey after his family's deaths and now lives in Kurdistan, will eventually join them.