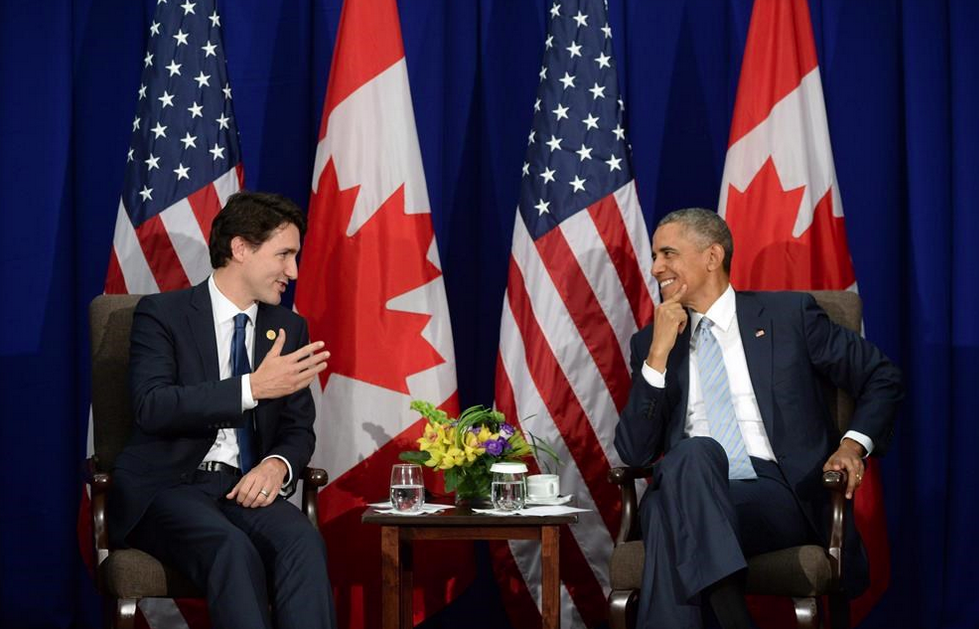 U.S. President Barack Obama and Prime Minister Justin Trudeau have set a date for their first meeting in Washington.

Trudeau and his wife are to be welcomed by the Obamas for an official visit and state dinner at the White House on March 10.

Obama and Trudeau met on the sidelines of the APEC summit in the Philippines in November and Obama had mentioned then he had hoped to have the Trudeaus to the White House in the new year.

U.S. Ambassador Bruce Heyman announced the date in a statement Monday, saying the visit is an opportunity for the two countries to deepen their bilateral relationship.

Heyman said it is also intended to advance co-operation on issues such as energy and climate change, security and the economic relationship.

The meeting will come just ahead of the end of the parliamentary mandate for Canada's participation in the U.S.-led bombing campaign against Islamic militants in Iraq and Syria.

Trudeau has said Canada will remain a participant in the fight against the militants but how and in what capacity remains unclear.

Another key issue will be the future of the Trans Pacific Partnership deal; Canada agreed to the landmark trade package during the election but it still needs to be ratified and Trudeau has not set a timeline for when that will happen.

It will be the first White House state dinner in 19 years for a Canadian leader.

The last one was in 1997 when then-president Bill Clinton hosted then-prime minister Jean Chretien.