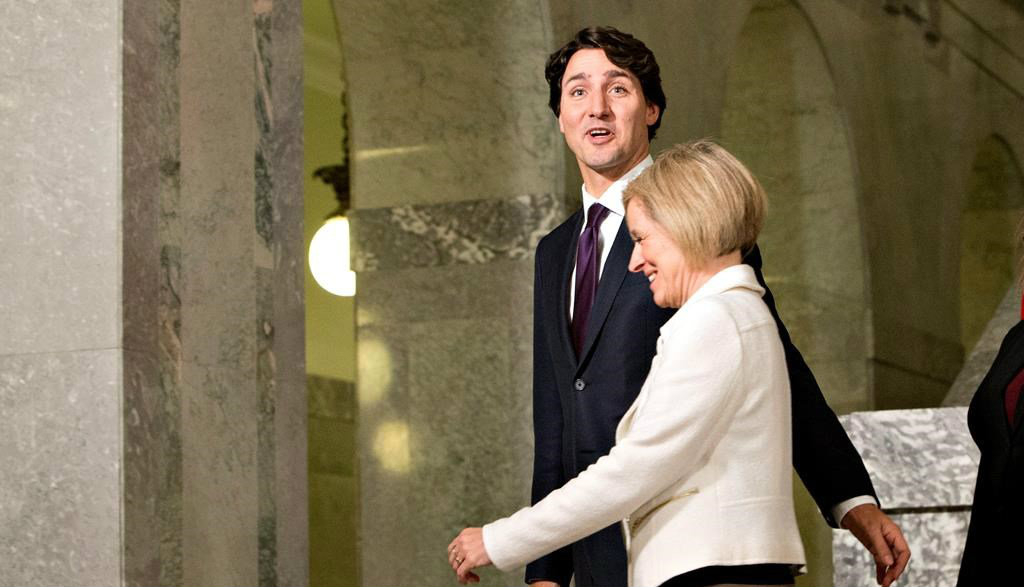 CALGARY — Prime Minister Justin Trudeau is scheduled to spend today in Calgary as part of his visit to Alberta.

Trudeau, federal Natural Resources Minister Jim Carr and Premier Rachel Notley are expected to take part in a roundtable with goods and services providers with the oil and gas industry.

The province's oil sector is looking for strong signals that Trudeau is serious about helping deliver its commodity to the coasts where it can be shipped to foreign markets.

A key plank in that plan is Energy East, a controversial pipeline that has drawn the ire of many along its route through Eastern Canada.

Trudeau has faced pressure from some, including Saskatchewan Premier Brad Wall, to advocate for the project rather than playing peacemaker between the different sides.

Trudeau said he wants to let the approval process play out through the National Energy Board.

On Wednesday, Trudeau and Notley emerged from a meeting in Edmonton to announce a formal commitment by Ottawa to fast-track $700 million in previously committed federal infrastructure money to the struggling province.

Notley said talks are continuing on where the money should go and how to get it flowing.

She said it will be a matter of "weeks to months" before the money is available.

Her government ramped up infrastructure spending in its last budget to catch up on a backlog of projects and help keep the economy moving in difficult times.

The federal government has been saying it wants to expedite $13.1 billion in existing national infrastructure cash allocated in 2014-15 by the previous Conservative government, but never spent.

Of that sum, $704 million is earmarked for Alberta.

Before Wednesday, there had been no formal announcement on the fate of those dollars.

Federal Infrastructure Minister Amarjeet Sohi couldn't confirm all $700 million would flow, saying it depends on the list of projects presented.

Notley said she also pushed Trudeau to make changes to Employment Insurance that will broaden access for laid-off energy workers.

"I asked the prime minister to consider ways to ensure employment rules make access to EI easier for Albertans and to consider the length the benefit is available," Notley told reporters.

Trudeau didn't make any commitments around EI, but noted that his party campaigned on easing access to the program in times of need.