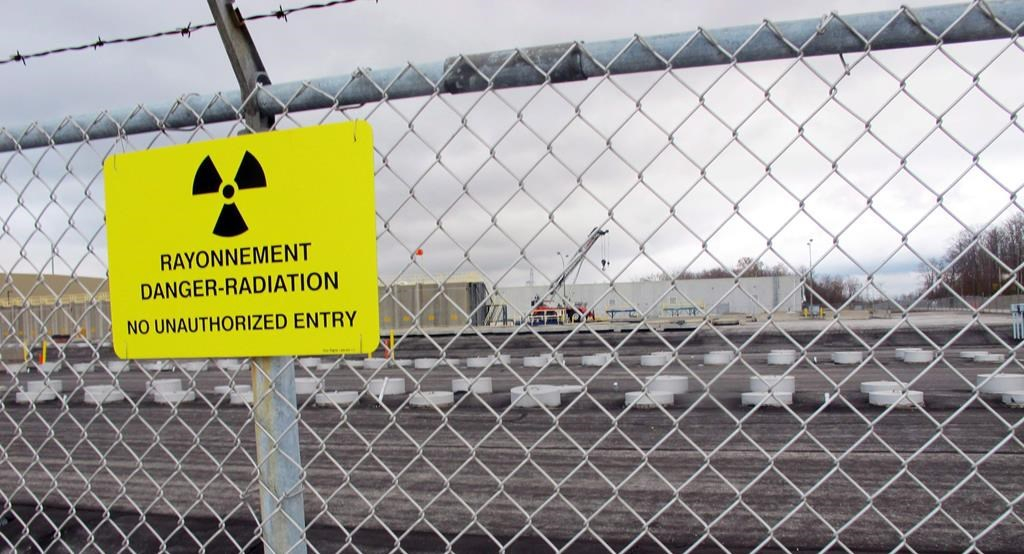 Canada needs to fix its nuclear safety law and put a stop to internal political strategizing by its industry watchdog that is putting public safety at risk, Prime Minister Justin Trudeau was told in an open letter released on Tuesday.

Fourteen groups, led by Greenpeace Canada, wrote in the letter that Trudeau should use the upcoming fifth anniversary of the Japanese Fukushima disaster to launch a full parliamentary review of the law, the Nuclear Safety and Control Act.

The groups released the letter along with a federal strategy document showing that staff at the watchdog were recommending that management consider the “political environment” in 2015 prior to developing any changes needed to improve nuclear oversight.

Greenpeace Canada said this indicates there was political strategizing by the watchdog, the Canadian Safety Nuclear Commission, and demonstrates why the Liberal government has to clean up Canadian nuclear oversight.

Natural Resources Canada, the federal department responsible for the legislation said in a statement on Tuesday that it "does not see any need at this time for a comprehensive review" of the nuclear safety law. It also said that the safety and wellbeing of Canadians was the government's top priority but it referred questions about the political strategy to the watchdog.

All 14 groups, including MiningWatch Canada, EcoJustice and the Canadian Environmental Law Association, said that Japan and the European Union have increased the independence and transparency of their nuclear watchdogs in the wake of the disaster. But the groups argued that the previous federal government, led by former prime minister Stephen Harper, failed to keep pace with the other jurisdictions to prepare the country for any similar disaster in Canada.

“While the (Canadian watchdog) carried out a review of the technical failures that led to radioactive releases at Fukushima, it did not consider how institutional failures and industry-led regulation caused the accident,” said the letter to Trudeau. “This should be addressed as part of a public review process leading to the modernization of the (law).”

Although the Fukushima disaster was triggered by a major earthquake and tsunami on March 11, 2011, the environmental groups noted that a Japanese government report flagged human factors including a failure to adequately assess the risks.

“That is, the Japanese regulator and Fukushima’s operator were aware of the tsunami risk, but did not act on the information,” the groups said in their letter to Trudeau, explaining that they want to avoid a similar oversight failure in Canada.

Canada’s nuclear watchdog is publicly defending the existing law as “modern” legislation, noting that it came into force more than 15 years ago on May 31, 2000, and was amended recently to allow for new penalties to support enforcement.

Spokesman Aurele Gervais also said in a statement that the commission (CNSC) has been the subject of international peer reviews in 2009 and 2011 that didn’t recommend any comprehensive changes.

“The CNSC finds the (Nuclear Safety Control Act), its home statute, to be clear and comprehensive,” Gervais said on Monday. “Any review of the Act would be the prerogative of the government of Canada, not the CNSC.”

But behind the scenes, staff at the watchdog have told management that it should consider strategies to change the law in pieces to avoid public scrutiny.

“We are looking out 10 years to review priorities to ensure the CNSC is well positioned to regulate in the 2020’s and beyond,” said a document prepared by staff for a management committee meeting last Jan. 22, 2015, when the former Conservative government was still in power. “Timing is everything (and we) must consider the political environment and how this could impact our plans to open the Act, and the timing thereof. AND it would be time consuming.”

The staff also said that the commission could recommend that the government make targeted changes to the law, based on specific themes such as security. But it warned management, in the presentation that was released to Greenpeace Canada through access to information legislation, that a comprehensive review might be difficult since it would open the legislation up to scrutiny from all stakeholders, including industry, environmental groups, pro-nuclear and anti-nuclear groups.

“The Act was conceived in the mid 90’s before coming into force in 2000, so this could be positioned as a 20-year review. This last option would be a significant undertaking, requiring far greater and more strategic analysis than we have undertaken to date.”

“In public the CNSC says Canada’s nuclear safety laws are fine, but behind closed doors they’re strategizing on how to amend the law without public input,” Stensil told National Observer. “If they’re not being honest with the public about things like this what else are they trying to hide? This is why Trudeau should clean house at the CNSC.”

The former Conservative government named the current president of the Canadian watchdog, Michael Binder, in 2008 after it fired former president Linda Keen and Harper criticized her for being a Liberal appointee.

Binder, who holds a PhD in physics, had defended the commission’s transparency as well as the Canadian industry’s safety record.

Binder said the federal watchdog’s staff, including scientific and regulatory experts, did not reach the same conclusions about uranium mining as the Quebec panel. He wrote that all mining waste that needs adequate management in the future, but that uranium mines are “top environmental performers” that have adopted practices to eliminate the risk of serious tailings dam accidents.

“Furthermore, to suggest that uranium mining is unsafe is to imply that the Canadian Nuclear Safety Commission and the Government of Saskatchewan have been irresponsible in their approval and oversight of the uranium mines of Canada for the last 30 years,” he said in the July 2015 letter. “We would never compromise safety by issuing a licence or allowing a uranium mine or mill to operate if it were not safe to do so.”

Binder also said in that letter that the recommendations from the Quebec panel were based on the “perceived lack of social acceptance” rather than on proven science.