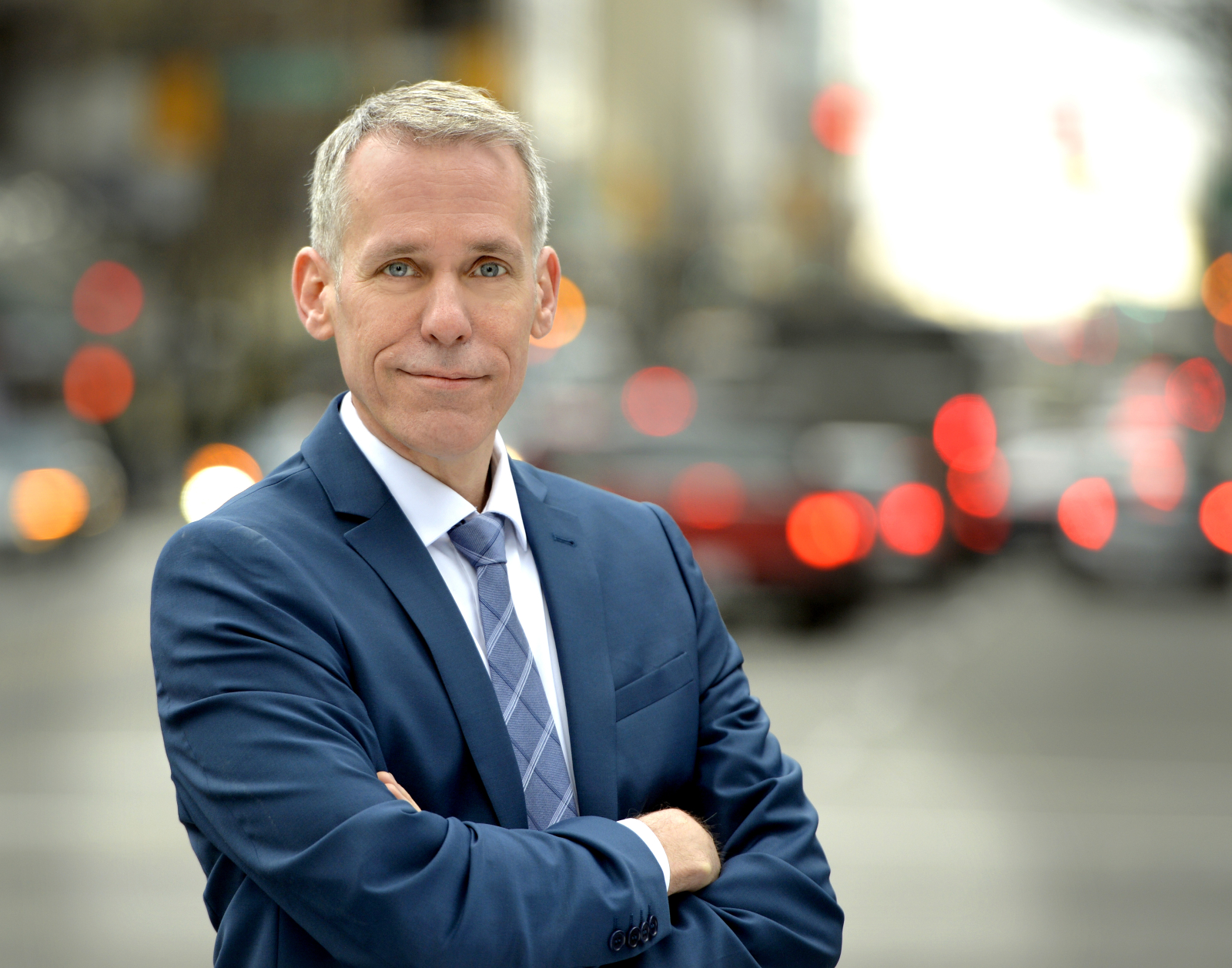 Kevin Thomas from SHARE says Canadian companies need to pay more attention to what their lobby groups do about climate change. Photo courtesy of Josh Berson/SHARE
Previous story
Next story

Many large Canadian companies are financing legal action and lobbying against President Barack Obama’s climate change plan, putting the public and their investors at risk, said a new report released on Monday by an investment services organization.

The report said that major companies such as BMO Financial, Cenovus, Resolute Forest Products, Suncor and TransCanada Corp are all members of U.S. trade associations that have aggressively lobbied and taken the U.S. government to court to block its Clean Power Plan.

The support for the legal action, led by the U.S. Chamber of Commerce, also runs counter to public statements and positions taken by many of these companies, which are making investments to tackle rising carbon pollution, the report said. But the report suggested that these companies could help the planet move forward in tackling dangerous climate change by paying more attention to what these lobby groups are doing with their money and membership fees.

The companies are now allowing their money to be used to block regulations that are designed to reduce heat-trapping carbon pollution from American coal electricity plants - one of the world's largest sources of greenhouse gases, the report warned.

“Their actions have the potential to delay or even stop effective climate actions by the government of the second-highest greenhouse gas emitting country on the planet,” said the report released by the Vancouver-based Shareholder Association for Research and Education (SHARE).

The companies might remain in trade associations for a variety of reasons, such as networking opportunities, but they need to be more careful about whether their lobby groups are adequately representing their interests, said Kevin Thomas, SHARE’s director of shareholder engagement.

“They're maybe there (in a lobby group) because they’re concerned about tax policy or corporate law or some other regulatory process that has nothing to do with climate,” said Thomas in an interview. “I think the main message that we got out of this study was that a company, if it’s going to be a member of a trade association, it really has to pay attention to what’s being said on its behalf.”

The report says that the legal action against U.S. climate change regulations - also supported by 26 states, utilities, two labour unions, and other associations - also contradicts the position of some Canadian companies that supported the Alberta New Democratic government’s pledge to introduce an economy-side carbon tax as part of its new climate change plan.

“If successful, (the legal action) may also undermine the global agreement on climate change arrived at in Paris in December 2015,” said the report. “Their actions may also conflict with the business strategy or policy interests of their members, creating regulatory, operational and reputational risks for those companies... Corporate support for lobbying against effective climate policies may be a case of using shareholder dollars to act against their long-term interests.”

"EPA firmly believes the Clean Power Plan will be upheld when the merits are considered because the rule rests on strong scientific and legal foundations," the EPA has said.

In 2009, Apple, and some other large companies pulled out of the U.S. Chamber, expressing frustration with the lobby group’s efforts to block action to tackle greenhouse gas pollution.

But the report identified more than a dozen Canadian companies that are still part of the trade associations supporting legal action launched by the U.S. Chamber against the U.S. Environmental Protection Agency's plan to crack down on greenhouse gas emissions from power plants.

Cenovus, an energy company that is known for its oilsands operations in Alberta, said it supports a continent-wide approach to addressing climate change, but it explained that it was not directly involved in any of the legal challenges to Obama's climate change plan. Cenovus is a member of a trade association that is supporting the legal challenge.

"Our membership in the American Fuel and Petrochemical Manufacturers group is an associate membership for networking purposes," said spokesman Brett Harris. "We have minimal involvement in the organization, no vote and no influence on policies. As such, we’re not connected with or familiar with the details of any court actions they might be involved in. Because we have no operated assets in the U.S., our main focus is ensuring we have balanced policy decisions in Canada where our operating assets are located."

Thomas said the list of Canadian companies might be much larger than those identified in the SHARE report since many of the lobby groups involved don’t disclose their membership lists.

“In some cases, shareholders are in the dark,” Thomas said.

The report also noted that some Canadian companies have senior representation on the U.S. Chamber that could potentially shift or influence its policies. For example, it noted that Obama’s former US ambassador to Canada, David Jacobson, now a vice chairman at BMO Financial Group, was also on the Chamber’s board of directors.

It also noted that TransCanada’s executive vice president and general counsel, Kristine Delkus, was on the U.S. Chamber’s litigation center board.

TransCanada said it supports the legal challenge of Obama’s clean power plan “on the basis that it exceeded the EPA’s legal authority under the Clean Air Act."

“It is focused on the scope of the agency’s power, not with respect to the underlying policy objectives,” said TransCanada spokesman Mark Cooper.

He also said that Delkus didn't participate in the discussion by the Chamber to proceed with the legal action.

Cooper added that TransCanada is a “progressive company” with a diverse energy mix in its portfolio that “includes both safe and efficient pipelines and power plants, as well as investing in a portfolio the anticipates a less carbon-intensive future.”

TransCanada said it has invested more than $8 billion in emission-less energy sources, as well as a multi-decade legacy of investments in research to manage greenhouse gases from its pipeline assets. TransCanada’s assets include the largest wind power facility in New England as well as eight solar power facilities in Ontario that provide enough renewable energy for powering about 12,000 homes.

“Resolute supports our industry's efforts to be sure rules are workable and take into account the tremendous contributions of the forest products industry in addressing climate change,” said Seth Kursman, vice president of corporate communications at the forest products company.

Kursman said that Resolute has reduced its annual greenhouse gas emissions by 70 per cent below its 2000 levels, equivalent to removing over 1.75 million cars from the roads.

Resolute has also been in the news in recent weeks over a dispute with an organization that manages a sustainable certification system for forestry companies - the Forest Stewardship Council - which has threatened to expel it from being certified.

Suncor and Cenovus, energy companies which openly supported Alberta’s new climate change plan last fall, both noted that they support action to reduce greenhouse gas emissions and have made significant investments to improve their environmental performance.

“I believe that climate change is happening. I believe that fossil fuels are a contributor to that,” said Suncor CEO Steve Williams during a recent panel discussion at the GLOBE 2016 conference in Vancouver.