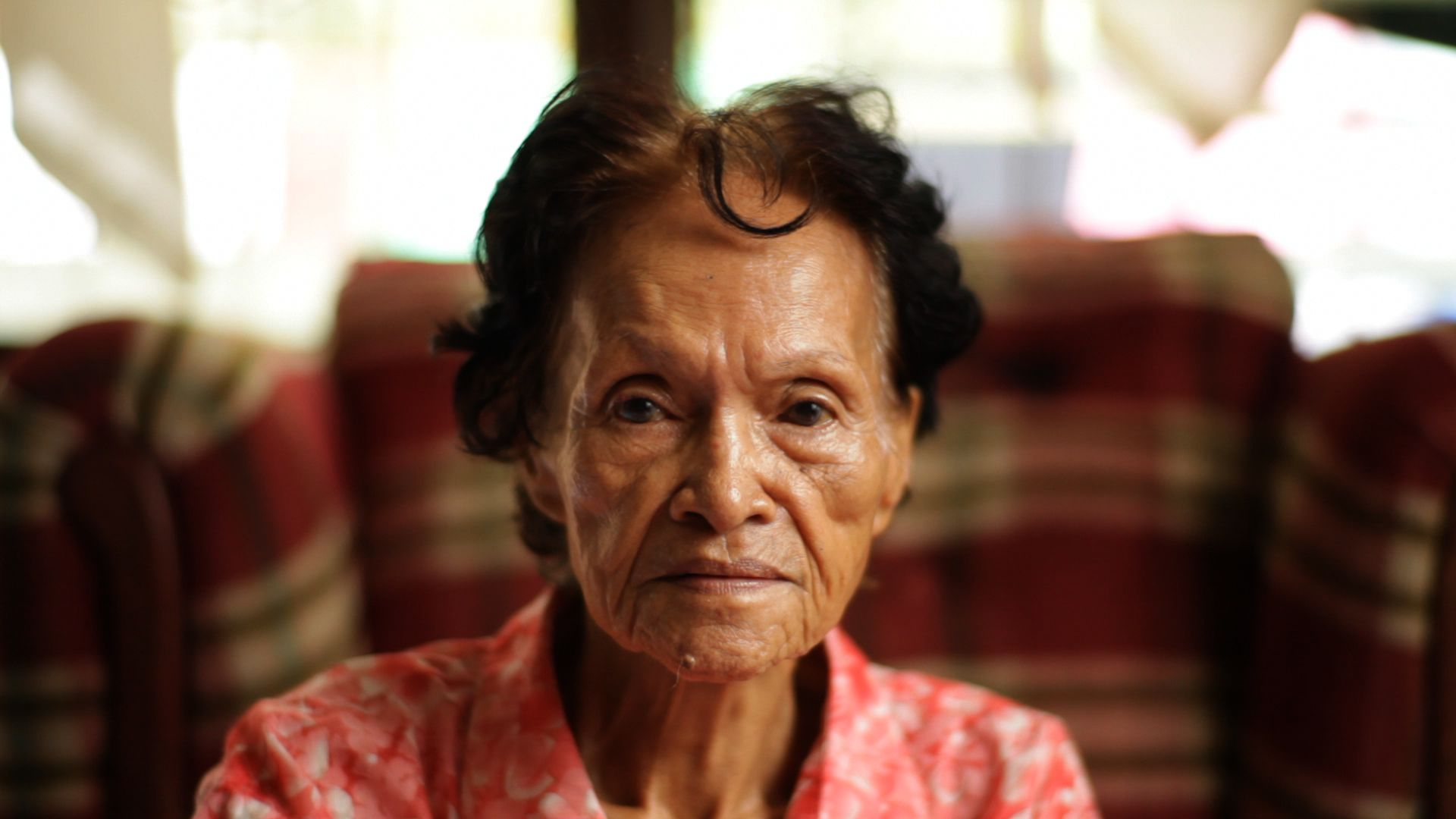 Grandma Adela, a Filipina "comfort woman" for the Japanese Imperial Army during WWII. Photo by GRAB, National Film Board.
Previous story
Next story

For Toronto director Tiffany Hsiung, telling the stories of Grandma Adela, Grandma Cao, and Grandma Gil — survivors of sexual enslavement by the Japanese Imperial Army during WWII — was a profoundly personal experience that transcended her interests as a documentary filmmaker and exposed her very soul.

She first met the inspirational women in 2009 as part of a study trip examining the atrocities of WWII in China, the Philippines, and South Korea, and learned that they were kidnapped from their homes more than 70 years ago along with 200,000 other young women and girls.

Turned into "comfort women" for soldiers in a Japanese-occupied Asia, they were raped, beaten and tortured, time and time again.

"If it weren’t for them, I would never have shared so much of my own personal experience with sexual violence," Hsiung told National Observer. “They taught me resilience and strength... that my past may not define me, but my path to overcome it does."

For more than 20 years, the grandmas have protested publicly for an apology from the Japanese government, yet their plight has been remarkably absent from historical discourse and modern politics. Now in their 80s and 90s, their story was at risk of being forgotten forever — a loss that Hsiung couldn't accept.

She spent six years filming their struggle for recognition, and her feature documentary, The Apology, will make its world premiere at the Hoc Docs Canadian International Documentary Festival at the beginning of April.

"This apology that they’re fighting for is really for all of us," the first-time director explained. "We need this apology as a society that has faced injustice, specifically women who have faced sexualized violence."

The documentary more than details the harrowing legacy of early war crimes however, it serves as evidence of the need for more women in the film industry as well. According to Hsiung, The Apology could never have happened the way it did without an all-star crew of female filmmakers.

Filming the world from a woman's perspective

Grandma Adela, Grandma Cao, and Grandma Gil are very protected women, the director explained. Rightfully so, she added, given the trauma they have experienced over their lifetime.

It took years for the elders to feel comfortable enough around her to share their stories, and when they did, they shared them in a way they might never have done with unfamiliar men. It required Hsiung to drop her persona as a filmmaker, and adopt a much more sensitive, personal approach.

"I was sharing things about my own life with them, and my deepest notion of keeping quiet with secrets and shame that I held," she explained. "I spent time with them, their family and the people working on this issue... the access that we have been able to receive was all based on the trust I had with the grandmothers.”

Men have documented the tragedy of the comfort women before — as they should — but the testimony given by elders in The Apology is unique, said Hsiung. The documentary is a story about women, told by women who hope the film will encourage other victims of sexual violence to come forward with their stories.

"For the younger generation — when they only see stories led and told by men, it’s not the full picture," she said. "It’s not the full truth, you don’t get everything. You need all perspectives, because it’s your audience that is going to learn from these stories, take from it and build from it.”

So much of history has been written by men, she explained, that the stories of women, told in their own words, have often been left out. For centuries, they have lacked the political and academic agency to bring their struggles to the public forum, but today, everything is changing.

The efforts of women like Hsiung have paid off, and on March 8, during Women's History Month, the National Film Board (NFB) made an unprecedented commitment to gender parity in all of its productions going forward.

"When you’re working with an all-women team, depending on the project, it can give you a type of access you wouldn’t get if it were a male crew," said Michelle Van Beusekom, executive director for NFB's English programming and production.

According to the NFB's recent pledge, at least half of its future productions will be directed by women and half of production spending will go to films directed by women. The commitment will be rolled out over three years, said Van Beusekom, as part of the NFB's mandate to ensure the "mosaic of what we program is representative at some level of the country as a whole."

A recent report on the Canadian film industry found that women represented only 17 per cent of directors, 22 per cent of writers, and 12 per cent of cinematographers in a sample of 91 feature-length films produced between 2013 and 2014. Though the NFB's production spending on films is already "roughly at parity" with 43.4 per cent of funds going to women-directed films, it was time to formalize a commitment, Van Beusekom explained.

“Hopefully others will see that and maybe it will create an incentive for them to follow suit," she told National Observer.

"There’s been so much media attention in the past year in particular about how women are so underrepresented in the screen industry both on screen and behind the scenes, it just led to this realization that it’s actually not our pattern.”

The Apology is one of three women-led, feature-length documentaries produced by the NFB that will be making its debut at the Hot Docs festival next month. The roster also includes Angry Inuk, which details the challenges anti-sealing activism poses to Inuit culture, and Gun Runners, which follows the story of two North Kenyan cattle raiders who trade in their criminal lifestyle to become professional marathon runners.

A fourth NFB-produced documentary, Gulîstan, Land of Roses (Gulîstan, Terre de roses) documents the female fighters of the Kurdistan Workers’ Party (PKK) as they battle for a more just democracy in the Middle East and will make its world debut at Visions du Réel in Nyon, Switzerland.