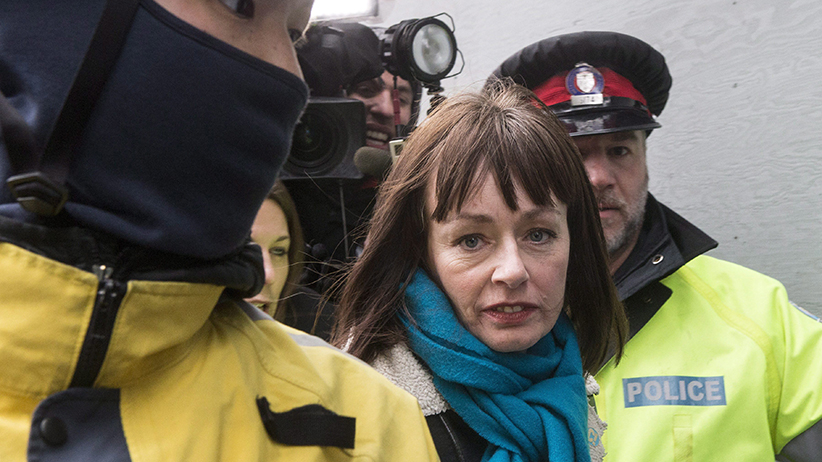 Ghomeshi's acquittal has brought waves of rage, grief, despair, and even omens of vengeance. The latter, from my own experience, is not what most women (or men) wish for those who have perpetrated offences against them. They wish to be validated, supported, believed. The belief is especially precious because—due to the nature of trauma's effect on the mind—survivors have often spent weeks, months and years denying the pain or reality of the event as a way to protect the psyche from processing something that may be shattering. And so when we finally speak out—finally take the risk to put our own baffling and at times incomprehensible pain into words—we ask to be witnessed, for someone to "share the burden of pain." It appears that this continues to be too much to ask. Of course, the Canadian justice system was not built for such a purpose.

When I lived in New York City attending graduate school, I interned for a small, Brooklyn-based alternative media organization. The Editor-in-Chief was a talented and charming man whose impassioned writing prophesized revolution, apocalypse and global renaissance. As an idealist studying philosophy and politics, these types of thinkers were my kryptonite. I wanted him to notice my writing; he wanted my body. We were both lonely writers in a big city. He was captivating to talk to and, most importantly, he also liked to listen to me.

I thought we had a bond; we did have a bond. He assaulted me. I ran away after. It could have been worse, I told myself. He was twice my age; I was naïve. It’s the classic story.

As Judith Herman, a Harvard Professor of Psychiatry explains, there is a conflict between the will to minimize such events and the will to shout our truths out loud. This, she writes, is the dialectic of trauma: “People who have survived trauma often tell their stories in a highly emotional, contradictory, and fragmented manner that undermines their credibility and thereby serves the twin imperatives of truth-telling and secrecy.”

There is a simpler way to understand this. If a child is abused by one of their parents, it is easier for them to deny the pain and internalize the feeling of shame as "their own fault." Blaming mom or dad would put the sacred and vital bonds of attachment in a precarious position. As I am learning in my Masters program in Counselling Psychology at Adler University, the need to belong is stronger than anything.

It is the cornerstone of mental health, and people will do anything to preserve and protect it. People will join gangs, join ISIS, fight in wars, stay married to a violent spouse, or minimize the harm done in order to preserve an important relationship. This is the tragic logic of trauma: it is far easier for the mind to split itself than to split up a significant bond.

My bond to this man in New York wasn’t very significant, but it held influence in my life at the time. I stayed in contact after he pressed himself onto me, not only to preserve the professional connection and personal friendship (or so I thought it was), but also to protect him. I wanted to “fix” him; I wanted to “help” him. Farrah Khan, a sexual violence educator, shares with The Guardian that women are taught to mend, fix and befriend their abusers. Women who are raised in this society are also taught to be “nice,” to prioritize relationships at all costs. Women in this society are also marginalized: we have less power than men power politically, economically, and socially. This is another reason I reached out to my abuser again and again, because he had something I didn’t: the power to publish me, the power to jump-start my career, the power to give me a position that could’ve kept me in New York. The women who took Ghomeshi to trial wanted something from him too; by reaching out to him even after troubling and violent incidents, they hoped—perhaps—to regain some power in relation to him. Yes they flirted and sexualized themselves, but this is often the only power women feel that they have.

It can be easy for us in the free world to forget that women are an oppressed group, but the news of Ghomeshi's acquittal goes to show that women remain an oppressed group—a group whose justice and recognition is clearly not granted in and through the system. What the media seems to miss is that, for survivors of sexual assault, the most challenging recognition to win is the one that comes from within.

As Angelina Chapin explains for The Guardian, by denying and minimizing trauma, survivors can avoid becoming 'victims'. Indeed, if survivors ignore the trauma, they don’t have to become victims in the first place: they don’t have to take on a victim identity. In this society, the discourse around victimhood paints an upsetting picture for women. It's one where women are depicted as broken, pictured as weak, naive, shamed; one where the only people that believe them are the therapists they pay for services, their close girlfriends, sometimes not even their families.

As Georgia Ovenden from the University of Sydney explains, while feminist-led movements in the 70s and 80s were central for raising awareness about the prevalence of sexual assault and childhood sexual abuse, the sociopolitical model was eventually overtaken by the discourse of therapy and recovery. In this discourse, healing is private and individualized. Perpetrator accountability—a cornerstone of restorative justice models—is left untouched. It's the victim's responsibility to heal herself. Her voice is heard alone in the echo chamber of the therapy room.

It is my hope that in the wake of the Ghomeshi trials, the discourse around sexual assault can be re-invigorated with all the dignified rage and political gravitas it deserves.