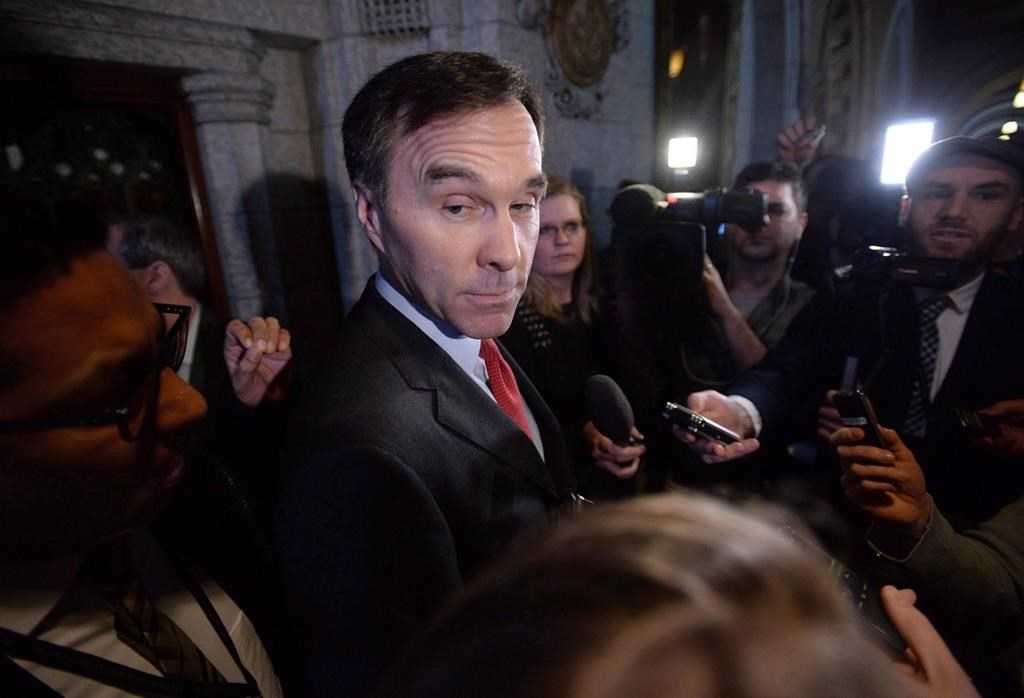 Finance Minister Bill Morneau defended the Liberal government's decision to boost employment insurance benefits for parts of Alberta and Saskatchewan while leaving some hard hit areas of the oil patch out of the budget plan.

Morneau said the government had to decide what areas across the country needed the most help with extra weeks of employment insurance benefits for jobless workers.

Left off that list were cities like Edmonton, and parts of Saskatchewan that Premier Brad Wall has said could also use the help.

Morneau told CTV's "Question Period" that the government picked 12 regions to help them "deal with what's been a significant change and a harder time for those people to get re-employed." The dozen spots included Newfoundland and Labrador, parts of northern and southern Alberta, northern British Columbia, northern Manitoba, northern Ontario, northern Saskatchewan, Calgary, Sudbury, Ont., Saskatoon, Whitehorse and Nunvaut.

Those 12 regions had what Morneau described in the television interview as "sharp increases in unemployment that have been sustained," or what the budget describes as a two per cent increase in unemployment rates over a three-month period over the last year "without showing significant signs of recovery."

The Liberals' first budget this past week gave workers in resource-rich parts of the country like Alberta and Northern Ontario an extra five weeks of employment insurance benefits amid concerns that many are about to run out of EI payments. The budget also promised older workers in those areas an extra 20 weeks of benefits up to a total of 70 weeks so they wouldn't have to worry about paying the bills while they looked for a new job, which usually takes them longer than younger workers.

Morneau said the government is making other changes to the employment insurance program that are designed to help the entire country, including cutting waiting times for applicants to receive their first payments.

"That was the choice we made in order to help those areas that have been particularly hard hit."

Morneau also said the Liberals expect low- and middle-income families to spend money they receive through tax breaks and a new, income-tested child benefit unveiled in the budget and that will help the economy. He said the average payment to families from the new child benefit will be about $2,300 per child.

Morneau's on-air appearances were his first to sell the budget on Sunday morning political talk shows marked. Morneau was pushed in his television appearances to defend the employment insurance decision and the Liberals running a $29.4 billion deficit this year, the first of five years of deficits that total $113 billion.

He repeated the government's new mantra that future spending decisions will be based on economic growth rather than specific, fiscal-discipline benchmarks.