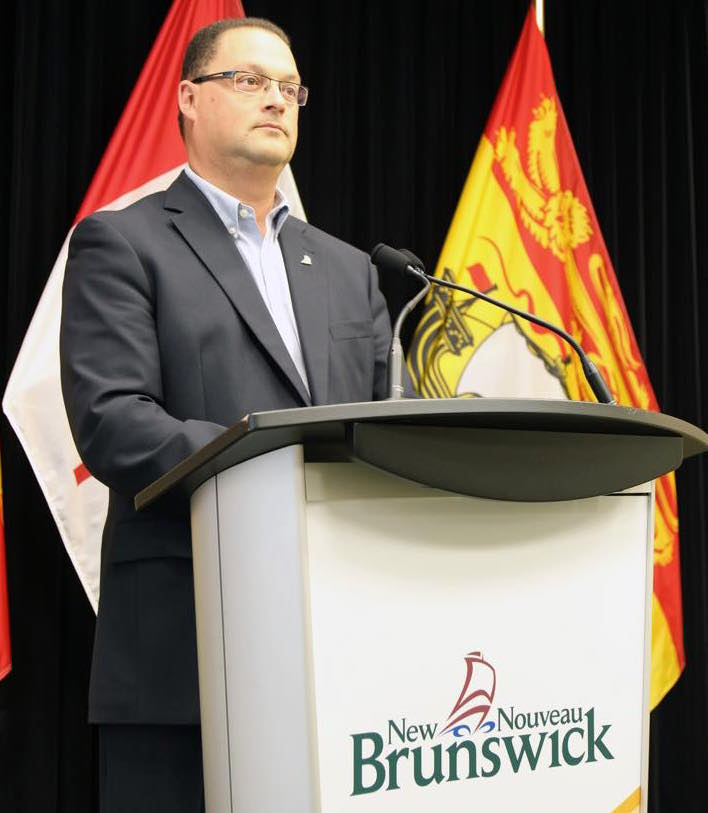 New Brunswick’s energy and mines minister says the province won’t lift a moratorium on hydraulic fracturing until all the government’s conditions are met.

Donald Arseneault says the government is reviewing the report of a shale gas review committee that took almost a year to study the issue.

"At the same time, our principles don’t change. We set out five conditions out there and said we’re not going to move on hydraulic fracturing unless those five conditions are met," Arseneault said Tuesday.

A collection of business groups is calling on the government to lift the moratorium, which was imposed in December 2014.

The business groups held a news conference in Fredericton Tuesday to make their case.

"When you look at the unemployment levels being as high as they are — almost 10 per cent unemployment in New Brunswick — certainly there are a lot of families in New Brunswick who could use the jobs at a time when our economy is really in a significant slump," said Joel Richardson, vice−president of the New Brunswick division of Canadian Manufacturers and Exporters.

He said the only way to attract investment and create jobs in the natural gas industry in New Brunswick is to lift the moratorium.

But Arseneault said there are conditions that have to be met first.

"Even if you lift the moratorium today, (the industry) still can’t proceed because they need to...address waste water. Today there is no plan to do this," Arseneault said.

The government set out five conditions when it imposed the moratorium, including a plan for regulations, waste−water disposal, a process to consult First Nations, a royalty structure and a so−called social licence.

Arseneault said those conditions must be addressed before the moratorium can be lifted.

Richardson said natural gas development has been without incident in New Brunswick since the early 1990s.

He said it’s hoped that with proper regulations, the industry can develop in the province.