Screen group versus premier: 'The film industry is good for Nova Scotia' 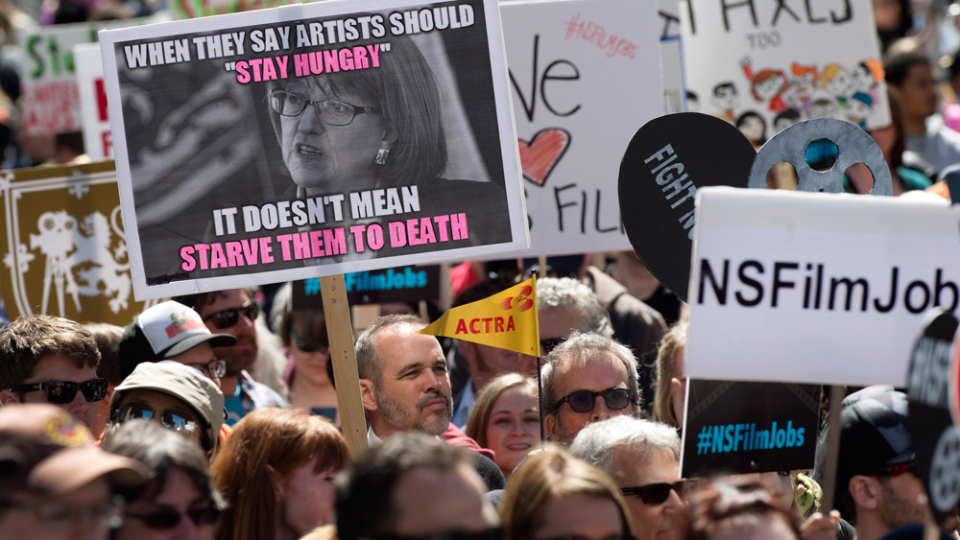 HALIFAX — A year after the Nova Scotia government cut its film tax credit, drawing ire from actors as diverse as William Shatner and the Trailer Park Boys, it just can’t shake its most enduring controversy.

The province’s film and television sector broadsided the government Thursday with a study it says proves the industry’s economic value, even as Premier Stephen McNeil repeated he will not be changing his mind.

Screen Nova Scotia commissioned a study by Price WaterhouseCoopers that estimated a contribution to the provincial GDP of $180 million in 2014 when the government provided $24 million in funding via the former film tax credit.

The study also estimated the industry directly supported 1,600 full−time equivalent jobs in 2014, with an average salary of $43,000.

But the argument wasn’t making headway with McNeil, who was left again to defend his government’s film policy on the day it was heading back to the legislature to begin the spring sitting.

McNeil said that although he hadn’t read the study, there was nothing in it that would make him change his mind.

"We have a fund that is affordable to the people of Nova Scotia, one that we believe is fair to the industry," said McNeil.

The government cut the former tax credit in the 2015 budget, replacing an incentive that allowed qualifying productions to claim up to 65 per cent of labour costs, with a new $10 million fund that would provide base funding that is 25 per cent refundable for all production costs including labour.

The final product came after negotiations with industry representatives and several protests at the provincial legislature. One drew more than 2,000 people, and their efforts were bolstered when Shatner and other luminaries spoke out against the change.

"There’s a lot of decisions that we have to make as a government and we believe we’ve made a fair one when I balance it against investments we have to make in all other departments that are delivering services to Nova Scotians," McNeil said Thursday.

Marc Almon, chair of Screen Nova Scotia, says the study — which has not been released to the public but was obtained by The Canadian Press — shows the screen industry is a "net benefit" to Nova Scotia.

"The evidence is increasingly that the film industry is good for Nova Scotia," said Almon. "It’s good for it economically, good for it socially and good for it culturally."

The study says it drew its analysis using data from a variety of sources including Statistics Canada and information gathered from industry interviews. There was also a survey of 584 people working in the province’s film industry.

It says in 2014 Nova Scotia’s industry was the fifth−largest in Canada behind Ontario, British Columbia, Quebec and Alberta. That year there was $122 million in local production and $17 million in service production.

"We have estimated the total number of direct, indirect and induced jobs in Nova Scotia supported by the provincial screen industry to be approximately 3,216," the study says.

Progressive Conservative Leader Jamie Baillie said it was "disgraceful" that McNeil was being stubborn in refusing to consider what benefits have been lost with the change to the tax credit.

Baillie suggested the premier was playing politics, adding that he was quick to change his stance earlier this year when seniors protested proposed changes to Pharmacare.

"These things are being made as political decisions," said Baillie. "They are not being made in the best interests of our economy or jobs or the province."

Meanwhile, Almon wouldn’t discuss why his organization issued a news release on the study instead of the actual document. He said that would be done "in due time."