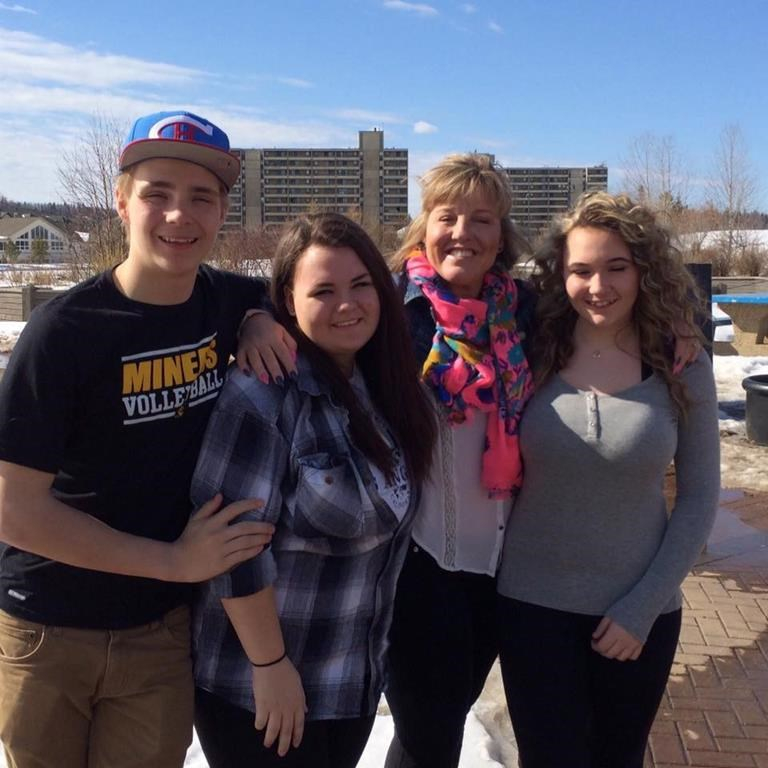 Emily Ryan died in a car crash while fleeing wildfires in northern Alberta, but firefighters were determined not to let memories of her disappear.

The 15-year-old was the daughter of a deputy fire chief in Saprae Creek east of Fort McMurray. After her death, when flames threatened her family home, crews spent the night dousing the exterior with water.

"That was a huge sacrifice on their behalf, because some of them lost their homes while they were making sure that we didn't lose ours," said Emily's sister Chelsi Ryan, her voice shaking.

"She had this big book collection downstairs that we're very happy to know that, as of yesterday, it is still there."

Emily and her stepmother's nephew, Aaron Hodgson, died Wednesday when their SUV collided with a tractor trailer on Highway 881 near Lac La Biche, Alta. She had been fleeing from the community of Anzac after evacuating her Saprae Creek home a day earlier.

"We don't even know what happened. It was a split second," said Chelsi, 22. "It was the worst split second of my family's life."

Now, Emily is being remembered as a bright, engaging Grade 9 student and voracious reader who dreamed of becoming a nurse. She kept her book collection in pristine condition and was careful about who she would allow to borrow them, Chelsi recalled with a chuckle.

"She hated cracked spines and she hated people who dog-eared their pages," she said.

But she was also confident and outgoing, even boisterous, and she loved to sing and draw. She recently performed in her high school's rendition of "Emma! A Pop Musical," a play adapted from the Jane Austen novel.

Kevin Bergen, principal of Fort McMurray Composite High School, said he drove past the tractor trailer that Emily's SUV later crashed into. When he heard about the accident, he said he felt "absolute shock and sadness."

"She was always smiling. That's why I use the word 'engaging,' because you always had a sense that she was present at the moment you were interacting with her," he said.

Emily was a triplet, with a brother named Lucas Ryan and a sister named Abby Ryan. She wanted to learn as much as possible about Aboriginal cultures so she could work as a nurse in First Nations communities in northern Alberta, said Bergen.

"We had such high hopes and dreams for the triplets as they matured," he said. "Unfortunately, she was taken so young and well before she was able to reach her full potential."

"I remember her infectious laugh and her quick smile," she said. "She was always quick with a hug whenever we arrived. She was welcoming and all I know for sure is that she will be missed more than words could ever say."

Chelsi said her large family is torn apart by grief after losing both Emily and Aaron. Evacuations have scattered family members across Alberta and they haven't been able to plan a funeral yet.

But she said one thing is certain — it will be in Fort McMurray.

"As long as it takes, it will happen in Fort McMurray," she said through tears. "It's our home. We'll be on the front lines of that rebuild. We'll be there.

"Everything Emily ever loved was there, so it wouldn't make sense to us to do it anywhere else."