Seal pup recovering after human intervention that may have caused abandonment 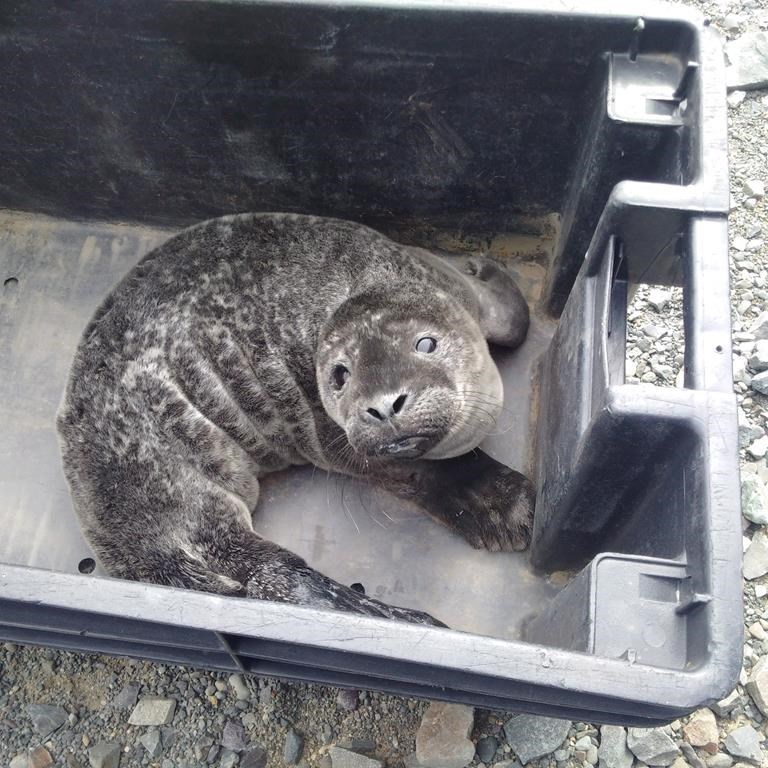 A weeks−old harbour seal pup is on its way to recovery after possibly being orphaned by a well−meaning citizen in Newfoundland and Labrador who thought it had been abandoned by its mother.

The Department of Fisheries and Oceans received several concerned phone calls last week about someone who ’rescued’ a seal pup from the beach and put it in a shed for safe−keeping, according to spokesperson Jan Woodford.

Woodford said the man found the seal pup alone along the southern shores of St. Vincent and thought it looked hungry, so he took it home and unsuccessfully tried to feed it cow’s milk and fish.

"I think the gentleman had good intentions," Woodford said. "He was driven by a desire to help and feed this animal, but not understanding that it’s not like a puppy − like you bring it home and feed it dog food. It has very special needs."

Fisheries officials contacted the man and advised him to return the seal pup to the beach on Friday in hopes of reuniting it with its mother − but to no avail.

Woodford said it’s unclear whether the animal was orphaned when the man found it or if removing it from the beach inadvertently led to its abandonment.

Harbour seal cows usually take their offspring with them when they go off for food, but occasionally leave the pups on the shore while they hunt in the water.

The seal pup was brought into St. John’s on Monday and examined by a veterinarian at Memorial University, who treated the malnourished animal for severe dehydration.

"I shed a few tears," Woodford said. "Ultimately, if we did not find a solution, we would have had to euthanize the seal."

The pup, named ’Glennic’ for DFO officers Glenn Temple and Nicole Hefferan−Snow, boarded a plane to Halifax Monday night, marking the first live seal flight out of St. John’s, according to Air Canada.

Soon after landing, Glennic was shuttled to the rehabilitation facility where his fluids were replenished.

"He was so incredibly dehydrated and starving when we got him that he had no fear of people," rescue co−ordinator Nicole Payne said. "He was just desperate to the point where he was reaching out for anything he could find that looked anything like he could get milk from it. Even his own flipper."

Nicole Payne says Glennic is gaining weight and will hopefully be reintroduced into the wild in the next two to three months.

Both the rescue group and DFO are reminding people not to intervene when they encounter an animal they believe to be sick or injured, but to call an expert instead.

Oceans of reasons to protect what we love