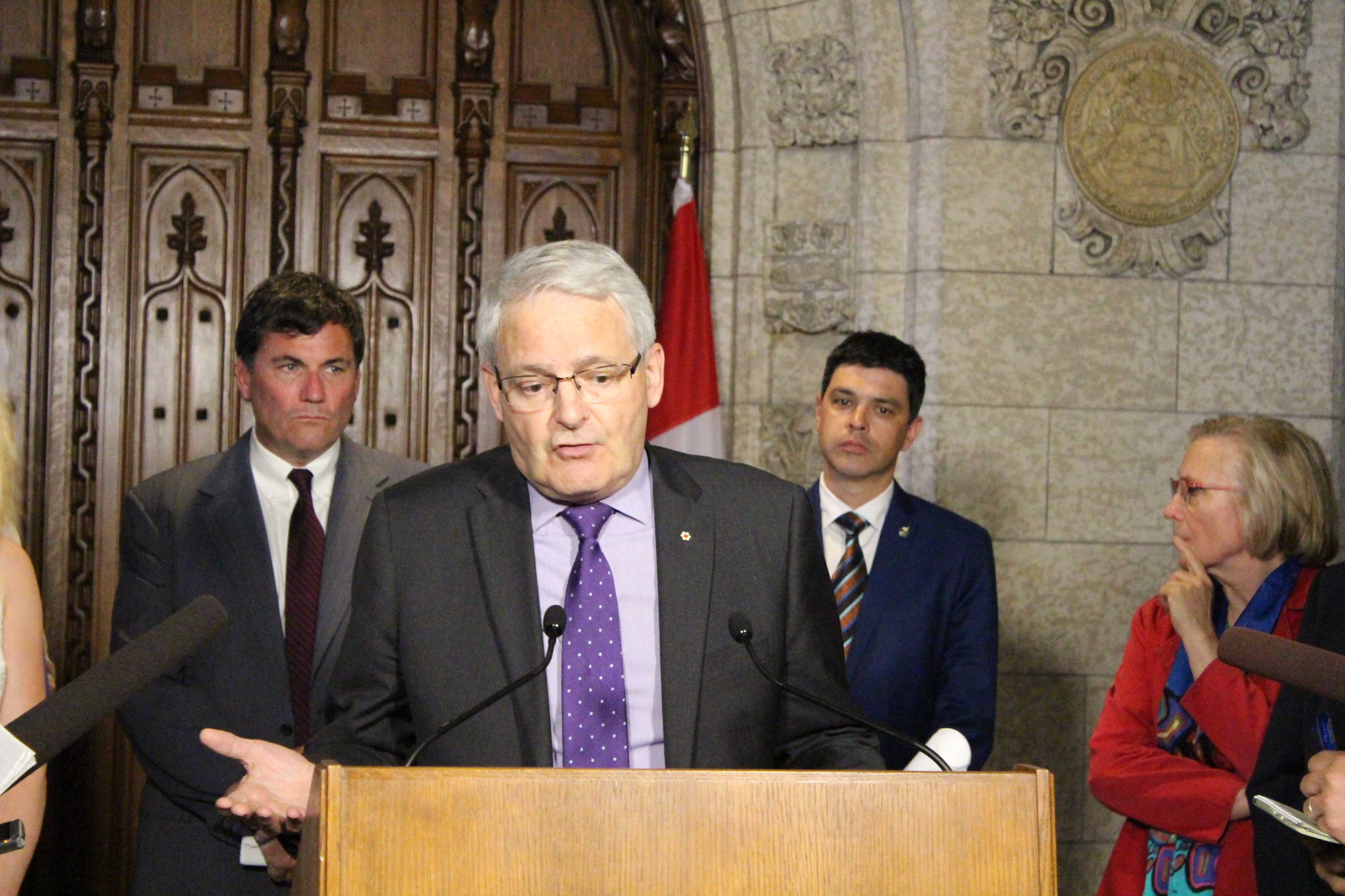 Six federal cabinet ministers launched a sweeping review of Canada’s environmental laws on Monday, pledging to restore what the previous government took away.

The announcement is only the start of a major wave of consultations to overhaul four major laws that were radically altered as part of a “responsible resource development” plan introduced in 2012 by former prime minister Stephen Harper’s government.

The overhaul could address the concerns of conservation groups who believe the previous government scrapped important federal powers to protect the environment. But at the same time, it may cause uncertainty over the next few months for industry stakeholders trying to make final decisions on new projects.

The consultations would involve two reviews in Parliament and two separate panels led by independent experts appointed by the government.

Members of Prime Minister Justin Trudeau’s cabinet said that one of the independent panels would be designed to overhaul the embattled National Energy Board - the federal pipeline watchdog that has been widely criticized for being ineffective and too cozy with industry.

The other independent panel would examine how the Canadian Environmental Assessment Agency can restore “robust oversight and thorough environmental assessments” in areas of federal jurisdiction - based on scientific evidence - while working with the provinces and territories to avoid duplication.

Environment and Climate Change Minister Catherine McKenna noted that the Liberal government was delivering on a promise to review the environmental assessment process and restore public trust.

“We're hoping obviously to do this as quickly as possible, but we need to be doing it in an open and transparent way, and also respecting the parliamentary process,” said McKenna, flanked by five other cabinet ministers, following a weekly meeting on Parliament Hill.

The government is inviting Canadians to comment on the proposed review before it appoints members of the panels later this summer. Both panels would then have until the end of January to submit their recommendations to the government, which would make the reports public.

Natural Resources Minister Jim Carr also signaled that the review would examine the governance of the National Energy Board and the role of its chair and chief executive officer - a position currently held by Peter Watson.

This move comes a few months after the NEB said it was already modernizing and reviewing its operations through a contract awarded to Ernst and Young. The NEB paid the consulting firm more than $500,000 for a report that ultimately told the regulator it needed to fix problems with its management.

Carr also said the government was looking to improve consultations with Indigenous groups as part of the review - a major complaint that surfaced during recent federal reviews of proposed pipeline projects by Enbridge and Kinder Morgan to the west coast of British Columbia.

“In my mandate letter from the Prime Minister, at the very heart of it, is that the reform of the National Energy Board has to include embedding Indigenous cultural practices,” Carr said. “There will be every opportunity over the next number of months for Indigenous communities to reinforce that point with the ministerial panel and with Crown consultations.”

LeBlanc and Garneau would focus on reviewing changes made to the federal Fisheries Act as well as the changes made to the Navigable Waters Protection Act. The former Harper government had changed the latter so dramatically that it deleted the word “waters” from the law's title, renaming it as the Navigation Protection Act and removing protections from tens of thousands of Canadian rivers and lakes.

“The Act itself is one of the oldest acts in the country and, in fact, as many people like to say, it initially addressed any water body that could hold a canoe,” Garneau said. “And so this is a law that was changed in 2012 by the previous government. Some of the changes that were made we may end up saying they're reasonable, but some of them we definitely will change.”

But the reviews of the fisheries and navigation legislation would go through parliamentary committees and could take longer for the government to pursue.

"We expect that the thorough review, consultation process and applying the interim principles will enhance the public's trust in the federal regulatory system of major natural resource projects," said Canadian Association of Petroleum Producers spokeswoman Chelsie Klassen in a statement sent to National Observer. "While CAPP members managed effectively within the old structure, all regulatory requirements and processes need modernizing from time to time. We have participated in past government reviews of CEAA and other modernization projects and plan to participate in the review announced today."

But not all critics believe the government is taking the right approach. Green Leader Elizabeth May has said that the government should have undone all of the changes introduced by Harper's government and started its review based on the previous versions of the environmental laws.

John Bennett, a senior policy expert from Friends of the Earth Canada, agreed.

"What the government has done is make the Harper's damage the default ‎system," said Bennett, who suggested the government should put a moratorium on new project approvals until the review is complete.

Hazell, the lawyer who helped lead the government's efforts to implement the original Canadian Environmental Assessment Act in the 1990s, said he believes the government is taking the right approach by launching consultations that would also allow federal politicians to review changes before implementation.

“It’s a big job, so yes, they’ve got to talk to a lot of people," said Hazell, now general counsel and director of conservation with Nature Canada.

Hazell was invited inside the House of Commons by the government to attend the announcement.

While I welcome these reviews

While I welcome these reviews and hope they are thorough and relatively timely, I believe the oil, gas and pipeline sectors have already had their big break. During the election, the Libeals promised to overhaul the Harper Con environmental non-legislation. Having done that, they should’ve reversed the changes to federal legislation made by the Harper Cons in an Omnibus Budget Bill which was passed without adequate debate on the gutting of the Navigable Waters Act, The Fisheries Act, and the federal Environmental Assessment Act. The proposals underway at the time of the election should have been forced to follow the rules as laid out before the sleazy omnibus bill of the Harper Cons had been passed.

At that point they could’ve begun reviewing the original legislation looking for opportunities to strengthen it for future projects. On this point I agree with Elizabeth May and various environmental groups.

In my view, the NEB is basically an ethical cesspool that needs major overhaul and replacement of the executive group. The National Observer, itself, has published a number of articles indicating the fundamental conflict of interest that seems to exist in the NEB. These articles disclosed collaboration between the NEB and pipeline companies through the exchange of e-mails. The NEB also collaborated with pipeline companies and/or lobbyists to discredit at least one whistleblower and probably more.

It should also be noted that Harper appointed to the Board of the NEB an individual who had worked on the preparation of the Kinder-Morgan trans-mountain pipeline proposal. If that individual was involved in any way in the assessment of the proposal, the entire proposal should be rejected and the new NEB should be told to begin the assessment over again minus the fifth column of pipeline supporters that currently stack the board.
While it is claimed that some changes have been made to the Board, it is not clear what the background of those replacements is. This as been a very quiet transformation if, in fact, it even occurred.

It is important that citizens follow these panels and reviews as closely as possible. Pipeline companies and lobbyists essentially wrote the rules that were established by the Harper Cons. Their influence in future legislation should be monitored closely.

CAPP says it's going to

CAPP says it's going to participate in review. I'll bet.